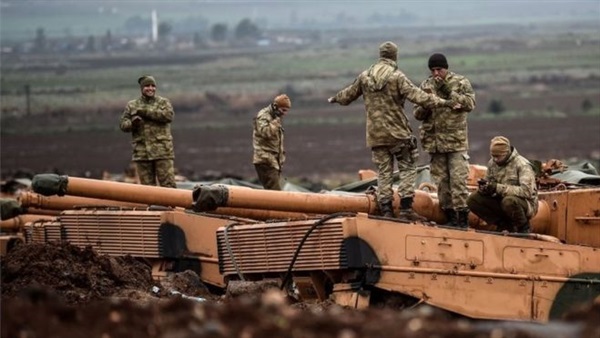 Turkish President Recep Tayyip Erdogan has always relied on political treachery with his closest friends and confidants, as is the case with Abdullah Gulen and Ahmet Davutoglu. For that reason, Erdogan does not trust the state institutions and has instead worked to build parallel militias and organizations, such as the "night watchmen" in Turkey.

The Justice and Development Party (AKP) tried to export its expertise to allied parties and organizations in various Arab countries, with the aim of creating an armed force for each of them that would enable them to achieve their goals and neutralize their opponents. The Brotherhood established the Hasm terrorist group in Egypt, while Tunisia’s Ennahda assassinated Chokri Belaid and Mohamed Brahmi. In Lebanon, the Horras al-Madina movement was formed.

Following the staged military coup attempt in Turkey in July 2016, the Turkish president rushed to revive the "night watchmen" force, which includes civilian personnel appointed by the Ministry of Interior and therefore limited to individuals affiliated with the AKP.

Erdogan enabled this force to help the police forces protect public security in residential neighborhoods, in addition to organizing patrols and searches in Turkish streets when called upon by the police.

During the past four years, the number of watchmen increased to 200,000, and the police and Ministry of Interior have increasingly depended on them due to their loyalty to the AKP.

In January 2020, AKP MP Mehmet Muş made a proposal to expand the powers of the night watchmen, which the sub-committee approved for preparation to be presented to the full parliament.

The new proposal includes expanding the civilian personnel’s powers to enable them to detain and search individuals and homes, and to use weapons if necessary, meaning that they have become equated with the police forces.

Erdogan used this armed militia to attack his opponents and demonstrating citizens during the last legislative elections in March 2019, as well as to control some areas where opposition parties are active.

The Turkish president relies on armed militias, and he does not trust the regular forces. He has also exported this manner of thinking to the parties loyal to him abroad, as was the case in August 2015, when the garbage crisis broke out in Lebanon.

The Turkish regime took advantage of these events to establish the Horras al-Madina (Guardians of the City) group in Lebanon, using its embassy in Beirut to manage the group’s financial and logistical cooperation with the Turkish regime.

Horras al-Madina supposedly seeks to help the people of Lebanon claim their rights and protect their demonstrations, even if this requires cutting off roads, in addition to organizing street vendors to provide food and drinks for the demonstrators.

The Turkish-backed movement succeeded in recruiting a thousand volunteers in a short period, who became known by their yellow jackets. Their hands were present during Lebanon’s recent protests, which Turkey sought to exploit in its favor. They spread out among the demonstrators, especially in Tripoli’s Nour Square. In November 2019, they organized a human shield to protect hundreds of protesters against the government, which they say has led the country into political turmoil and economic crises.

It is clear that there is great harmony between the Turkish night watchmen and the Lebanese Horras al-Madina, although it appears that the Turkish militia started using weapons faster than its Lebanese counterpart.