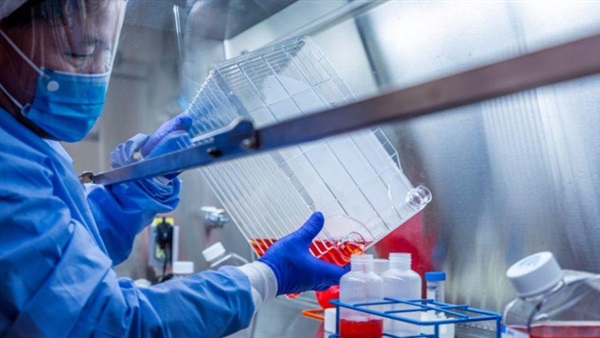 Prof David Oliver, an NHS consultant physician, has said that there is a “constant anxiety” among healthcare workers that they could become infected. He told the BBC:

Its widely acknowledged that we could have been quicker to provide [protective] equipment to frontline staff. And also the advice has changed two or three times. My perception now is we do have regularly updated and very clear guidance.

We’re telling everybody else stay at home and don’t mingle. But its the nature of our work that we have to come into buildings every day and come into contact with clinical colleagues and we don’t know what members of the team have already been infected.

Police have visited Scotland’s chief medical officer Dr Catherine Calderwood and issued her with a warning after she visited her second home.

Earlier today, local officers visited Dr Catherine Calderwood and spoke to her about her actions, reiterated crucial advice and issued a warning about her future conduct, all of which she accepted. The legal instructions on not leaving your home without a reasonable excuse apply to everyone.

The former boss of the McLaren Formula One team, businessman Ron Dennis, has launched an initiative to provide one million free meals to frontline NHS workers.

He said he co-founded SalutetheNHS.org to feed thousands of hospital staff because he was “in awe” of their work to save lives during the coronavirus pandemic.

This is a time when all of us, individuals and businesses alike, need to stand up and be counted in the effort to combat Covid-19. We’re all in this together. I am delighted to be leading this initiative to help ensure that vital NHS workers have nutritious meals while they work every hour in this fight. It means they have one less thing to worry about.

The Dennis family is donating £1m through their charity foundation Dreamchasing, alongside 500,000 in match-funding. Tesco will donate food for the meals and the initiative is supported by catering group Absolute Taste and delivery service Yodel.

Meals will be made available, for free, to ICU teams, anaesthetic teams and A&E staff who are unable to leave their clinical areas during their 12-hour shifts.

Deliveries will start at the John Radcliffe Hospital in Oxford tomorrow and at London children’s hospital Great Ormond Street the following week, before being rolled out to Government-targeted locations.

Your support protects the Guardian’s independence. We believe every one of us deserves equal access to accurate news and calm explanation. No matter how unpredictable the future feels, we will remain with you, delivering high quality news so we can all make critical decisions about our lives, health and security – based on fact, not fiction.

Support the Guardian from as little as $1 – and it only takes a minute.

A number of employees from Delaware North – which provides catering and hospitality services at venues such as the Emirates Stadium, London Stadium, Wembley, Craven Cottage and the Ricoh Arena – have contacted the Guardian after seeing booked shifts cancelled and receiving no payments since the Premier League season halted last month.

Some of the workers, who are on zero-hour or casual arrangements, feel increasingly desperate. The casual workers complain the company has told them there are no shifts for them because of the impact of Covid-19 and that it is trying to establish whether they are eligible to be furloughed under the government’s coronavirus job retention scheme.

A long-standing casual employee at one of the venues told the Guardian that they work there for up to five days a week but saw that income stream removed as soon as the season was paused. They said they had received no payment for the shifts they had committed to.

Alexander Thynn, the 7th Marquess of Bath, died on Saturday after being admitted to the Royal United Hospital in Bath on March 28. During his time there, it was confirmed that he had Covid-19.

Longleat Safari Park confirmed the news in a Facebook post on Sunday, expressing their “deepest sadness” at Lord Bath’s death.

The family would like to express their great appreciation for the dedicated team of nurses, doctors and other staff who cared so professionally and compassionately for Alexander in these extremely difficult times for everyone. They would politely request a period of privacy to deal with their loss.

Aspects of our national life are suddenly in the foreground – from the NHS, through all those low-paid key workers, to spontaneous community initiatives that transcend most of the social divides we were told were insurmountable, writes the Guardian’s John Harris.

If the Conservatives cannot turn them into a national story, someone else should at least try – not for immediate electoral gain, but for two other reasons. In the short-term, it could help many of us to get out of bed every morning and face the day. Looking further ahead, it might start to map out what kind of country we might become when the horrors of the coronavirus begin to recede.

On the evidence of the past few months, Starmer may be too bloodless and cautious a politician to pull this off. Maybe his remainer convictions, and widespread mistrust of his party, will deny him a big enough audience. But in the speech released as his victory was announced, there were at least hints of what the moment requires: the elegant recognition that in the midst of the crisis, “too many will have given too much” and “some of us will have lost too much”; the unanswerable claim that “we know, in our hearts, [that] things are going to have to change.”

There are reports of children arriving at hospitals with illnesses at more advanced stages than they usually would be at the point of admission, according to the UK’s child health professional body.

The president of the Royal College of Paediatrics and Child Health, Russell Viner, has privately contacted the chief medical officer for England, Chris Whitty, to urge for an immediate change in the government’s public information strategy as parents appear reluctant or afraid to go to hospital with their children, OpenDemocracy reported.

The volume of calls to the NHS 111 helpline has surged by 400% since the spread of the coronavirus became a national health crisis.

The free service, which offers urgent but non-emergency care advice, has been inundated with calls from Britons since the start of March when the virus took hold.

Vodafone, which provides the lines and handles the call traffic for the NHS 111 call centre, said it had doubled capacity to handle 2,400 calls simultaneously.

The call centre has experienced huge surges in the number of calls, hitting a peak of 1,100 simultaneously at one point – four times more than the peaks before the health emergency. Daily peaks vary widely, but for example last Saturday it was 500.

Waitrose and John Lewis are donating 50,000 boxes of Easter confectionery to NHS workers as a small token of their appreciation in the run-up to Easter.

Truffles and mini Easter eggs from John Lewis will be available to NHS staff shopping at 51 stores until the Easter weekend.

The Waitrose branches have been chosen due to their proximity to NHS hospitals, with shops based in locations including London, Dorset, Hampshire, Northumberland and the West Midlands.

In these extremely difficult times, we wanted to make a small gesture to those working on the frontline. We hope these gifts will go a little way in helping to express our gratitude and simply brighten up the day a little for the NHS staff who are working tirelessly in really challenging circumstances.

The government’s guidelines state that if you have symptoms of coronavirus, you need to self-isolate at home for seven days or for as long as you still have a high temperature, and anyone you live with should stay in for 14 days even if they do not have any symptoms.

However, the World Health Organisation has recommended people self-quarantine for a fortnight after possible Covid exposure or having contracted the virus.

Rayner, who herself has been self-isolating with coronavirus symptoms, said she was in bed for six days and her symptoms were “very debilitating”.

I’m disappointed that Matt Hancock, after seven days of having the virus, went out when the World Health Organisation has said you should self-isolate for 14 days.

I think it’s right that we do that because I cannot stress enough the severity of the symptoms that I have suffered, as you can tell from how breathless I am still now, and I’m day nine, day 10. I think the government really need to give that clarity and continue to support people doing the right thing.

Hancock announced on Friday March 27 he had tested positive for Covid-19, and he came out of isolation on Thursday and presented the daily Downing Street press conference. He is assumed to have self-isolated for 24 hours before he made his positive diagnosis public.

Meanwhile, prime minister Boris Johnson remains in isolation as he still has a temperature after going into isolation on March 27.