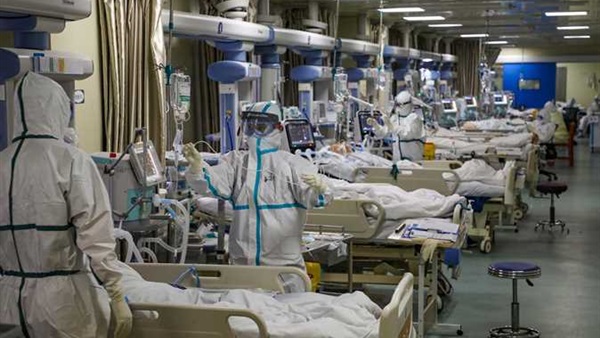 Prominent Chinese human rights lawyer Wang Quanzhang, who was jailed for four and a half years for subversion, has been released from prison but barred from reuniting with his wife and son in Beijing amid the coronavirus pandemic.

His wife, Li Wenzu, fears that the authorities are using the pandemic as an excuse to hold him under de facto house arrest indefinitely. She said Wang has been released from prison but authorities had sent him to his home town, Jinan, in the north-eastern province of Shandong (400km south of Beijing) for quarantine.

Chinese authorities have been using compulsory quarantine as a pretext to detain or restrict the movements of government critics.

“The government is continuing to restrict his personal freedoms and forcing us to be separated,” Li told the Guardian. “This behaviour is shameless, I’m absolutely opposed to this and am very angry.

“I fear the government is using the pandemic as an excuse to detain him. Would it be just 14 days as they say? I can’t trust them. So long as my husband has no freedom, I’ll continue to fight until he comes back.”

Wang called his wife from the prison yesterday telling her to refrain from going to meet him in prison. In a recording she posted on Twitter, Wang said he had to be quarantined “for some time” due to the pandemic. When Li, who has been frequently harassed by the authorities, angrily asked whether he was prompted to say that under duress, he said: “We’ll be back together, but there’ll be a process.”

“The Linyi prison… forced Quanzhang to ‘persuade’ me into accepting the arrangement of sending him to Jinan. I absolutely oppose it,” Li said on Twitter: “Wang Quanzhang needs real freedom, our family needs to be reunited.”

In a practice dubbed “non-release release” by respected China law expert Jerome Cohen at the New York University, Chinese rights activists are often released from prison into de facto house arrest or enforced to their native village, where they remain for years.

“What will Wang Quanzhang’s ‘release’ on April 5 amount to?” asked Cohen in his blog.

Wang, a lawyer who had taken on politically sensitive cases and defended activists and members of the banned religious group Falun Gong, was sentenced to jail in January 2019 on the blanket charge of “subversion of state power”.

He was one of more than 300 lawyers and activists detained in a wave of crackdowns that started in July 2015. He was the last lawyer of the group to be convicted, with his trial taking place three-and-a-half years after he was taken away by the authorities.