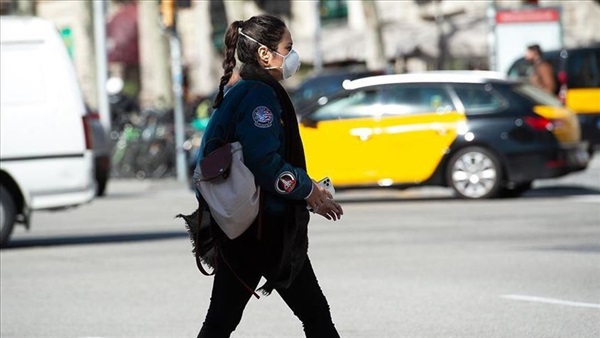 The country, which has been in lockdown since 25 March, has now recorded 1,039 confirmed cases, with one death. There are 15 people in hospital with Covid-19, including three in intensive care.

While Jacinda Ardern said on Sunday that there were indications the lockdown, scheduled to last four weeks, was having an effect in slowing infections, authorities have issued new guidance that separates families and lovers who don’t live together.

Self-isolation principles were previously vague, with the prime minister asking New Zealanders to “apply common sense” and shrink down their social group to “a small group of individuals who are part of your bubble ... the bubble you must maintain” for the month.

That was understood largely to mean households, but the non-specific language allowed families and partners who didn’t live together to see each other. However, the issuing of a Health Act Order replaced the unspecific order with explicit language and left no room for misinterpretation.

The order allows for no fraternising across households with very limited exemptions; for shared custody of children, and when at least one of the partners lives alone. The end result is the criminalisation of most relationships between Kiwis who don’t live together.

New Zealand police have been contacted for comment on how they intend to enforce the ban.

At a briefing on Sunday afternoon, Ardern praised those who had complied with the lockdown but said there were “still some people I would charitably describe as idiots”, citing a man in Christchurch who filmed himself coughing on people.

Ardern said no decisions had been made about extending the country’s four-week lockdown, but there were signs that it was having an effect.

Modelling had suggested that without the restrictions the country would have seen 4,000 cases by this weekend, instead of the 1,000 it had actually recorded, Ardern said. And while she didn’t want to “draw too many conclusions”, New Zealand had not seen the exponential growth experienced by other countries.

“Going hard and going early appears to be paying off for us,” she said.

“No decisions have been made at the point at which we will be exiting level four. The more people comply, the more likely we can come out of [lockdown] at the time we’ve said. Be proud of your efforts that you have all made. It is making a difference. Now is the time though to remain focused, to not let up,” she said.

Over Friday and Saturday, Ardern said police had carried out 795 prevention patrols and 990 reassurance checks at essential services.

Google data showed that New Zealanders had taken the lockdown seriously, Ardern said, with retail and recreational movements down 91%, visits to essential services down 50%, and trips to parks down 80%.

By closing borders 25 days after the first case, New Zealand had acted much quicker than other countries, she said, and the government’s first economic rescue package was similarly swift. Witnessing the trajectories overseas had helped the government to decide to “go hard and go early”, Ardern said.gnoring lockdown