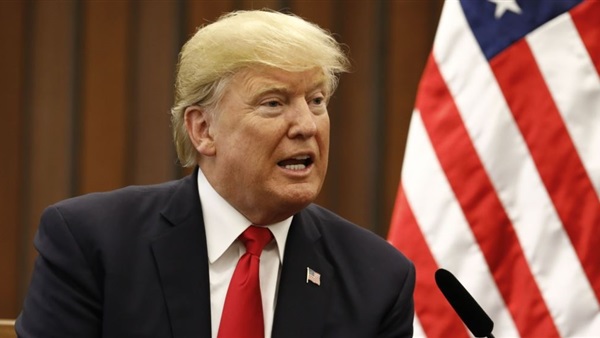 Donald Trump has warned the US the worst is yet to come in the coronavirus crisis, as global cases of Covid-19 passed 1.2m and the governor of New York thanked China for donating 1,000 ventilators. The state recorded 630 deaths on Saturday in its worst day.

“This is a big deal and it’s going to make a significant difference for us,” said Andrew Cuomo, who has repeatedly warned that the state’s supply of the vital machines would be exhausted in days if current trends continued.

Donald Trump used a Saturday press conference to blame shortages on state governors asking for more supplies than they needed, and urged Americans to take a little-studied anti-malaria drug, hydroxychloroquine, as a preventative despite his health expert, Dr Anthony Fauci, stating there was only “anecdotal evidence” it was of use.

Trump also warned the next two weeks would be the “toughest” and that there would be “a lot of death”. He would deploy thousands of military personnel to support the states, the president said. Cuomo and New York City mayor Bill de Blasio have repeatedly implored the federal government for more help.

Meanwhile, China saw a slight rise in cases despite tough restrictions and a ban on foreign arrivals. In Europe, Italy passed 15,000 deaths, while Spain overtook Italy in terms of cases, recording a total of more than 126,000, to become the second-worst affected. The US has by far the most cases, with more than 311,000. Globally, the death toll is approaching 65,000.

New York state is the centre of the outbreak in the US, with more than 113,700 confirmed cases as of Saturday morning. More than 3,500 people statewide have died, and about 15,000 coronavirus patients are in hospital. More than 4,100 are in intensive care where many, if not all, need ventilators.

The situation is particularly worrying on Long Island, east of Manhattan, where the number of cases “is like a fire spreading”, Cuomo told a news conference.

The New York donation was facilitated by Beijing from billionaires Jack Ma and Joseph Tsai, the co-founders of the Chinese e-commerce giant Alibaba.

Health experts calculate that New York might be around a week away from the worst point in the health crisis. Cuomo said: “We’re not yet at the apex, we’re getting closer … Our reading of the projections is we’re somewhere in the seven-day range.”

On Friday, Cuomo said he would have the National Guard collect and redeploy ventilators that some hospitals weren’t using, and again alluded to the plan on Saturday, but details remained unclear.

China registered 30 new cases for Saturday, as opposed to 19 the day before. Twenty-five of the latest cases involved people who had entered from abroad, said the National Health Commission. The remaining five were new locally transmitted infections, all in the southern coastal province of Guangdong. The commission said 47 new asymptomatic cases were reported in the mainland on Saturday, compared with 64 a day earlier.

Mexico’s president announced the country was seeking to make its own ventilators as cases reached 1,890. Prototypes were being tested now, said Andrés Manuel López Obrador. Seventy-nine deaths have been reported so far.

In Hong Kong, about 130 riot police were placed in quarantine for two weeks after an officer who carried out mass arrests at a recent protest tested positive, the South China Morning Post reported.

Australians were warned that “unauthorised or homemade” virus testing kits were arriving in the country. Two hundred arrived in Perth last month, and dozens more have turned up in Melbourne, all from mainland China or Hong Kong. However, there is cautious optimism that lockdown efforts are having an effect.

Japan is hoping to triple production of anti-flu drug Avignan, the drug China is testing as a Covid-19 treatment, Reuters reports. The increase would mean the drug, owned by Fujifilm Holding Corp and also known as Favipiravir, could treat 2 million people this fiscal year.

New Zealand prime minister Jacinda Ardern criticised “idiots” who ignored the country’s stringent lockdown measures, as it reported its 1,00th case of the virus. The island nation, which moved quickly to restrict movements, has recorded one death so far.

In New York, the city’s hospitals and morgues are struggling to treat the desperately ill and bury the dead. Crematories have extended their hours and worked into the night, and city officials are looking for temporary interment sites elsewhere in the state.

Because of the risk of infection, many people with critically ill relatives in the city are unable to see their loved ones in their final hours. A resident at New York-Presbyterian hospital said he and his colleagues had made several death notification phone calls every shift this week. “There’s something sort of unquantifiably painful about telling a family their loved one died without letting them see them,” he said.