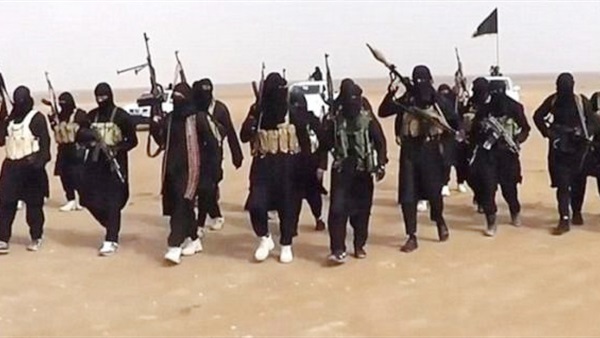 After declaring the elimination of ISIS in its last strongholds in the Syrian Baghuz in March 2019, ISIS took advantage of the world's countries' preoccupation with the Corona virus, and headed east in Syria and Iraq, making the areas of Deir Ezzor and Diyala two major centers to manage its new operations.

The area of ​​Deir Al-Zor is considered the largest city in the east of Syria, it was near the Al-Baghouz area, the last ISIS stronghold, and the area is divided between ISIS, which is now sleeping cells in the province, and the Syrian Arab Army, and indications indicate the spread of ISIS in towns on the eastern side of the Euphrates River Because of its distance from the security and military wing of the Syrian Democratic Forces (SDF).

In a statistical report of the Washington Institute for Near East Policy, March 2020, he indicated that ISIS, since its defeat and claiming responsibility for 973 attacks in Syria, had more than half of these attacks in the Deir ez-Zor region under 580 attacks, 150 in Raqqa, 141 in Hasaka, and 48 in Homs, 33 in Daraa, 16 in Aleppo, 4 in Damascus, and one attack in Quneitra.

The Syrian Observatory for Human Rights announced last January that approximately 135 civilians in Deir Al-Zor, Raqqa and Hasaka had been killed by unknown persons believed to be sleeping cells of ISIS.

Diyala Governorate is located in the east of the capital, Baghdad, with more than 1.5 million people, and it is considered one of the most important governorates of Iraq because of its great cultural history, and the researcher in terrorist groups, American Aaron Zelin, indicates that "ISIS will take advantage of the many ethnic divisions in this province between the Sunnis Shiites, Kurds, and Turkmen, and taking advantage of the lawlessness, which indicates the possibility of ISIS taking full control of the region, and that it is not strange that this region is a new center for them, as it was the origin of the insurgency between 2003 and 2004, as well as that its topography in the mountains and the spreading groves make hiding and ambushes more ease.

They also use the method of kidnapping and ransom to civilians, as an attempt to impose control, as he did in Mosul between 2009 and 2014 to achieve stability and an attempt to reappear.

Due to ISIS activity in this region, the Iraqi army launched four attacks in January 2020 between the Sada and Boujma regions on the border between the provinces of Diyala and Salah ad Din, due to the repeated movements of ISIS remnants in this area.

The Iraq Statistics Organization also indicated that ISIS killed about 261 civilians in Iraq only in February, taking the death toll to 2,392 in 2019.