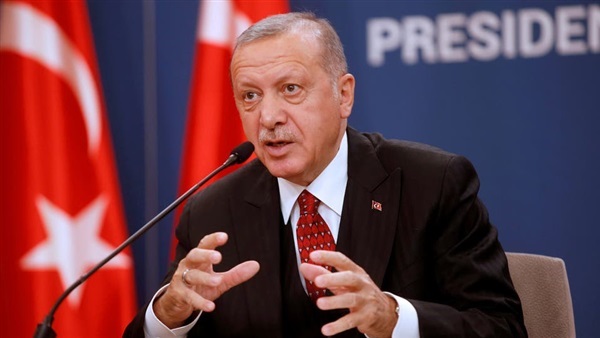 Turkish President Recep Erdogan has been interfering in Libya’s internal affairs through his arms and mercenaries in Tripoli. Erdogan has also terrorist affiliates in Libya, i.e. terrorist groups, research centers funded by Ankara and Libya’s Dar Iftaa, as well as its research centers, which are linked to the pro-Muslim Brotherhood government in Tripoli.

Sami al-Saadi is one of the leading terrorists linked to Turkey. Al-Saadi emerged to the limelight after February 11, 2011. Al-Saadi, who linked to al-Qaeda, was the head of so-called Libyan Council for Research and Studies.

Al-Saadi was an official of the Libyan fighting group, which designated as terrorist by the Muammar Gaddafi regime. Al-Saadi and his friend, Abdel Hakim Belhaj, were linked to al-Qaeda and the Taliban Movement in Afghanistan and Pakistan.

Al-Saadi lived for some time in Afghanistan. He was arrested in 2001 by the Libyan authorities and jailed for 7 years. He got political asylum in Britain after he was released. He emerged once again in 2011.

Al-Saadi has strong ties with Turkey, and he is a direct liaison between Ankara and the Libyan Dar al-Iftaa, which affiliated with the pro-Muslim Brotherhood government in Tripoli. He takes part in all Libyan events organized in Turkey.

In October 2017, al-Saadi took part in a workshop on the Libyan-Turkish relations on behalf of the Libyan Center for Research and Strategic Studies in Istanbul.

Al-Saadi said that Turkey plays a key role in the region, citing that Ankara can offer a lot due to its international relations and experiences.  He reached twinning agreements between Libyan and Turkish municipalities.

n March 2018, the Syrian Observatory revealed al-Saadi’s ties with terrorist groups in Misrata, Derna, and Benghazi.  The Observatory leaked recordings, which exposed al-Saadi’s contacts with the Libyan Dar al-Iftaa, the pro-Muslim Brotherhood government, which is linked to ISIS.

The recordings revealed that al-Saadi had visited Misrata in July 2016 and met a number of takfiri leaders.