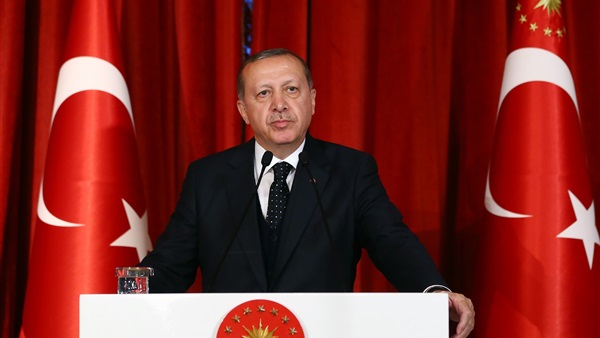 Soft power, cultural activities, and development aid, as Erdogan claims, are the most appropriate means of infiltration into Lebanon through the Turkish arms that extend the country’s rifts shattered by sectarian strife, civil wars, government and political instability.

Among the most prominent of these destructive arms is the Turkish Institute "Yunus Emre"; which aims to spread the Ottoman culture, polish its image in the minds of the Lebanese, and specify visits to Turkish university students in Lebanon to study Turkish activities in the country.

The "Yunus Emre" Institute was established in Lebanon after the outbreak of the so-called Arab Spring revolutions in 2011, and was established since 2007 in Turkey with the aim of introducing Turkey and its history and using the soft power to promote Turkey's arts and culture through Turkish series, and promoting the Ottoman caliphate and changing its image in the minds of peoples, especially those who hate them.

This comes as the higher goal of the institute is to wash Turkish history, whitewash its thugs, and promote the new Ottoman Empire that Erdogan is making precious in order to achieve by his alleged succession.

The director of the Center in Lebanon believes that they regret the delay in this step in opening the institute in Lebanon, due to the high demand for it, as the main goal, as he sees it, is to break the prejudice over Turkey, and that there are more than 600 years between Lebanon and the Ottoman state, which according to his description was not unjust and left the people free and respected their culture.

Despite the presence of a main branch in the capital, Beirut, the institute aimed to open a branch in the city of Tripoli as well, because it has 150 Ottoman schools and many Turkish families who want to restore their Turkish heritage and language, as this area full of Sunni Muslims is one of the main areas that Turkey aims to create many cultural and developmental projects.

Caliphate with a culture mask

As the director of the center believes that politics is changing and the culture remains, culture has the ability to strengthen Turkish-Lebanese ties more than anything, and therefore the Institute receives Turkish students under the slogan of the "exchange of experiences" program to learn about Turkish cultural activities in Lebanon, as well as receiving Turks, Turkmen and graduates from Turkish colleges in Lebanon.

The Turks are trying to spread poison with honey in the presence of a Turkish-Lebanese lyric bond, especially the singer Fairuz, whose origins are in the Turkish Mardin province, and that she has 25 songs translated into Turkish.

Also, some Turkish singers sang to Fayrouz on Turkish radio, as well as seminars to introduce the Ottoman caliphate, thus Turkey is trying to penetrate through culture and seminars to promote and succeed its policy.