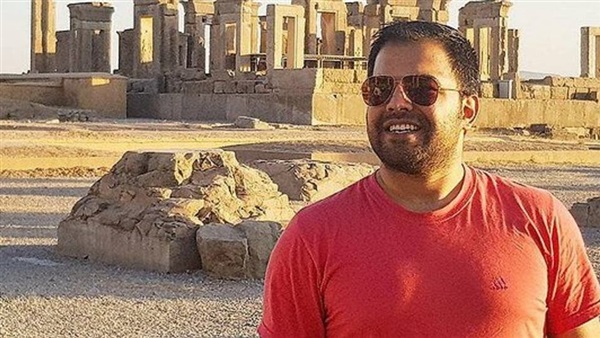 On March 28, Turkey announced that two intelligence officers at Iran’s consulate in Turkey instigated the killing last November of an Iranian dissident in Istanbul who criticized the Islamic Republic’s political and military leaders.

Masoud Molavi Vardanjani was shot dead on an Istanbul street on Nov. 14, 2019, a little over a year after the Turkish officials say he left Iran.

Vardanjani was a former intelligence operative for Iran before he moved to Turkey and launched social media accounts exposing corruption involving Iranian officials.

Hence, it must be mentioned here the nature of Turkish-Iranian relations after Ankara's accusations against Tehran, and disagreements between the two countries, especially in light of the differences in their regional project.

Some experts have said Turkey’s accusation aim at pressuring Iran after its military and economic influence grew significantly in Syria and Iraq.

Relations between Ankara and Tehran witnessed several stages of agreements, tensions and competitions, as the first clash occurred during the Safavid Persia and Ottoman Empire eras, then both reached a common ground during the Pahlavi and Ataturkian dynasties, until mutual relations became more competitive rather than cooperative.

Regional factors played an important role in achieving rapprochement between Ankara and Tehran, which led them to give up rapprochement with the Western camp in favor of their policies in the Arab region, especially since Turkey's position as a regional power will become increasingly influential towards the objectives of Iranian foreign policy.

Turkey’s latest accusation to the Turkish regime, however, starts a new era of disagreements between the two countries.

1- Differences between the Turkish and Iranian foreign policies toward turmoil and crises within the Arab region, which added a state of tension between both countries, especially in Syria and Iraq, therefore, the increasing influence of Tehran in these files might push Turkey into pressuring Tehran for its own interests.

2- Moreover, Turkey might be trying to improve its relations with the United States, which is currently imposing sanctions on the Iranian regime for its support to terrorist groups and armed proxies as well as its violations in the nuclear file.

It is likely that Turkey’s announcements will cause more tension to mutual relations with Iran, some of these repercussions include:

1- Tension in Turkish-Iranian relations: As there are many factors that would ensure this scenario, as both are seeking to achieve their own interests. Lately, however, Iran’s influence in the region has increased in comparison to the Turkish influence, especially in Syria and Iraq, therefore, Turkey has decided to add pressure on Tehran, which can be invested into improving relations with the west.

2- Surpassing the crisis: In Nov. 26, 2019, several international organizations have accused Tehran of killing Vardanjani, also, U.S. Secretary of State Mike Pompeo made the same accusation, however, Ankara preferred to delay making the accusations against Tehran in line with its interests; especially that Turkey has lately become a close ally to both Russia and Iran, therefore, it did not make the accusations immediately.

3- The policy of maneuvering: The Turkish declaration of Iran's involvement in this incident may be within the usual policy of Ankara in managing its foreign relations, and that this declaration on its part represents a repetition of its policies to obtain many gains within the framework of its escalation policy to achieve its own interests.

It can be said that Turkish-Iranian relations are brought together by many contradictions, sometimes witnessing cooperation and at other times tensions and escalations, but in all cases, the two sides manage to skip and turn a blind eye to disputes in favor of strengthening their cooperation.

This was clearly demonstrated in many of the issues witnessed in the region, such as the Gulf crisis with Qatar, the Kurdistan region autonomy in Iraq, and cooperation with Russia and China, which could ease tensions between the two countries and limit any potential escalation.