How does Turkey use Lebanese NGOs to enhance its influence? 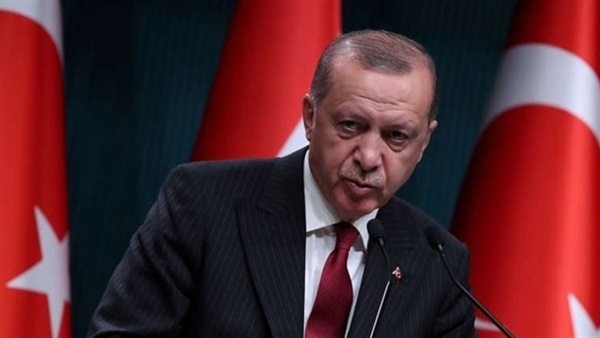 Turkish meddling in many Arab countries is increasing by various means, sometimes through the use military and economic tools and other times using soft power through institutions, NGOs, and charitable and humanitarian organizations in order to achieve Ankara’s interests and enhance its influence. Lebanon is one of the Arab countries of strategic importance to Turkey due to its prominence in influencing many neighboring countries.

Turkey’s rise and influence in Lebanon is based on many reasons that could contribute to it strengthening its role there, especially with the weakness of Lebanon’s political leadership, which makes it more vulnerable to foreign interference under the pretext of working to find a sectarian balance in the country. Turkey has been extremely active in Lebanon diplomatically, developmentally and culturally for nearly 15 years. In the same context, the Lebanese Turkmen minority is more organized and connected to Turkey than it was prior to the advent of the Justice and Development Party (AKP).

The Turkish Cooperation and Coordination Agency (TIKA) and Turkish cultural centers are active in Lebanon, where there is also a Turkish cultural invasion by means of Turkish television dramas.

On the other hand, Turkey’s role has caused many problems in Lebanon due to the legacy of the Ottoman Empire there and also the presence of an Armenian minority that holds political and historical weight in the country. In the event of any demonstration or protest from the Armenians against Turkey, Ankara calls for the mobilization of loyal Lebanese. In addition, Turkey has upwards of 22,000 civil, social, charitable and development associations in Lebanon, and this huge number of associations providing simple services compared to the number of residents raises many questions among the Lebanese about the role of these associations and how each distributes aid.

In March 2010, Turkey established the Lebanese-Turkish Friendship Association in the Lebanese city of Sidon, whose main objective is to strengthen and activate the ties that link the Turkish and Lebanese people. This came through the participation of former Lebanese Prime Minister Fouad Siniora and the Turkish ambassador to Lebanon, in cooperation with the Hariri Foundation for Sustainable Human Development.

Turkey invests in this matter through the growing internal influence of the Lebanese Hezbollah, using some of its civil groups and organizations to influence the weak Lebanese political process in favor of Ankara’s interests. This was demonstrated when Turkish Foreign Minister Mevlüt Çavuşoğlu visited Lebanon in August 2019, during which he met a large number of Lebanese officials to discuss the latest developments in the region and ways of developing relations between the two countries, especially regarding the eastern Mediterranean region and cooperation in gas exploration.

To play this influential role in Lebanon, Turkey’s soft power includes popular diplomacy through periodic meetings with Turkish Ambassador to Lebanon Hakan Çakıl to discuss expanding the activity of associations and providing annual support in many areas.

This was most evident with the opening of Chafic Taleb's exhibition of postage stamps under the title "Memory of Turkey in the Postage Stamp", which summarizes the common memory and history of cultural, heritage, social and economic relations between Lebanon and Turkey. The most prominent stamp included in the exhibition was the first stamp issued by the Ottomans for Jerusalem in 1918, in addition to stamps dating back to the 1800s showing the fashion of the Turkish sultans.

There are many motives for Turkey to strongly interfere in Lebanon and invest in strengthening Ankara’s influence in the country.

Sectarian quota system: This is the basis of the Lebanese political system, which allows many countries to effectively direct their groups to influence Lebanese decision-makers towards the interest of the other country. For example, Turkey interferes in Lebanon to balance the internal strategic weight of the Iranian-backed Hezbollah, especially as Turkey and Iran are competing for regional influence in the Arab region, so Turkey invests in Lebanon’s Sunni component, in addition to the Turkmen minority with Turkish origins.

Increasing number of NGOs in Lebanon: These NGOs are often directly affiliated with many regional and international countries, representing an important motive for Turkey to take advantage of this opportunity to increase influence through financial support, sponsorship and assistance.

Iran’s Shiite expansion: This may help Turkey to attract associations and individuals from the Sunni bloc in Lebanon to enhance its role on the regional level or influence the internal political process, especially after Lebanon witnessed demonstrations, which could represent a golden opportunity for Ankara to interfere more.

Therefore, Turkey has tended to invest its soft power in influencing Lebanese decision-makers through Turkish associations or by exploiting ethnic minorities as it moves to increase its influence in the country.

'We are losers in this crisis': research finds lockdowns reinforcing gender inequality