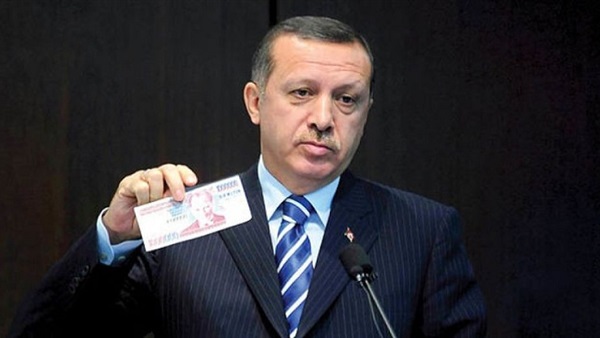 Turkish president Recep Tayyip Erdogan found that Turkey's economy was not as strong as he expected, which prompted him to call for helping from Qatar.

The Turkish currency has lost about 40% of its value since the beginning of the year, which has greatly affected the Turkish economy and led to a reduction in interest rates in the face of rising inflation, as well as the dispute with the United States, which imposed economic sanctions on Turkey because of the detention of " American Andrew Branson on charges of espionage and terrorism.

Qatar's recent situation on Turkey's economic crisis has angered many of the Turkish people;  because Doha has languished in relief and has slowed down in fear of US anger.

The Turkish newspaper has revealed that there is a state of frustration prevailing in the Turkish society now, because of the silence of the country towards the crisis that hit the Turkish economy as a result of the US sanctions against "Ankara", while the newspaper said that Turkey supported Doha against Arab countries.

The newspaper said that the move of the Qatari system came late and had no big effect, after Tamim announced during his meeting with Erdogan that Qatar will provide Turkey direct investments of $ 15 billion.

He pointed out that the appreciation of the dollar returned quickly, which confirms that the measures taken by the Turkish government are not enough to cope with the economic crisis.

He also said "I think that the devaluation of the lira to 20 percent of its value in one day is an economic disaster, and he expressed his regret over the continued decline in the value of the Turkish currency, despite expectations of a resurgence, but not quickly or suddenly” .

The Turkish lira is weakening against the dollar, as investors continue to fret over the state of the country's economy.