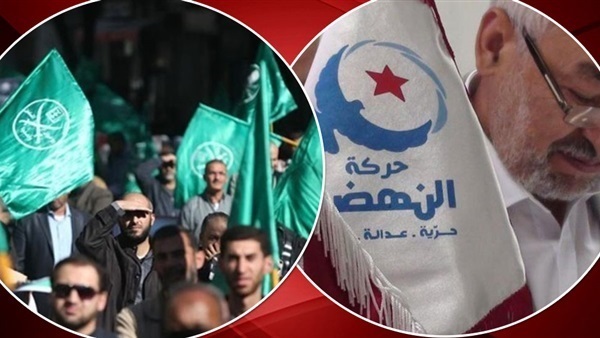 In pursuit of his Ottoman dreams to inaugurate a major Islamic state ruled by the world, the Turkish President is on the path of suspicious conspiracies and alliances in the North African region, in coordination and cooperation with the Tunisian Renaissance movement, the Brotherhood arm led by Rashid Ghannouchi, to send tens of experts from Tunisian engineers and technologists to Libya to support the Al-Wifaq government militia led by Fayez al-Sarraj, in the cities of the Libyan West, and the capital, Tripoli.

In January 2020, the experts of the Sita Center for Political and Strategic Studies in Ankara of the Presidency of the Republic of Turkey supervised the training of 76 Tunisian engineers in the fields of chemistry, biology, mechanics, communications and information technology.

The training period lasted two months in Eskişehir in Turkey, until the first batch of these experts went to the city of Tripoli at the beginning of March 2020, and this was done under the leadership of Murad Aslan, the current military advisor in the presidency of the republic, who is also head of the Training and Researchers Section in Security and Military Affairs at Sita Center.

Between the triangle of evil Brotherhood, cooperation was accurate between the government of Ankara, the government of reconciliation, and the Tunisian Renaissance movement, where the Turkish state funds through the Sita Center the process of training and sending technical experts from Tunisian engineers to Libya, while official institutions in the government of Tripoli contract with them.

A movement has been chosen Renaissance through the Center for Strategic and Diplomatic Studies in Tunisia, which is headed by Rafik Abdel Salam, the brother-in-law of Rashid Ghannouchi.

It is reported that, at the beginning of March 2020, the training of the second batch of 48 Tunisian engineers in Turkey was to be launched, to be transferred later to Misurata and other Libyan cities, but the emergence of the coronavirus and the resulting precautionary and preventive measures prevented the start of the training process.

These events come after the surprising visit of Turkish President Recep Tayyip Erdogan to Tunisia, without prior planning, in December 2019, and the accompanying delegation was made up of the defense and foreign ministers and the director of intelligence, at a time when preparations were being made in Ankara to send Turkish soldiers to Libya to support the National Accord government in Tripoli.

After that, the head of the Tunisian parliament and the leader of the Brotherhood Renaissance movement, Ghannouchi, went to Turkey to visit Erdogan in the same way, without prior announcement, in January 2020, which led to a rise in anger in the Tunisian street and its parliament.

Anger increased inside the parliament, until it reached a vote of 122 parliamentarians, to investigate the dimensions of this visit urgently, while it came to some MPs demanding that Ghannouchi resigns from his position as Speaker of Parliament.