Sheikh Mahfouz Nahnah: one of the most prominent figures of Algerian Muslim Brotherhood 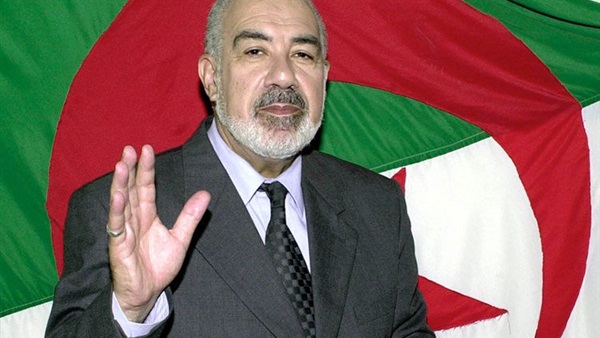 He is the founder of the Algerian Peace Society Movement, the political wing of the Muslim Brotherhood in Algeria. He was born in 1942 in Blida - the city of roses - which is 50 km south of Algiers.

He grew up in a conservative family, learned in the reform school established by the national movement, and completed primary, secondary and university education in Algeria, then worked in the field of Islamic Da`wa for more than 30 years.

He vehemently opposed the socialist revolutionary tide and the propagation of French culture and Marxist orientation, and he occupied the position of the director of the Center for Arabization at the Central University in Algiers and in 1975 he was imprisoned on charges of plotting a coup against the regime of (Houari Boumediene) sentenced to 15 years in prison.

Sheikh Mahfouz Nahnah worked on establishing the Islamic Call Association, then established the Guidance and Reform Association and his companion Sheikh Muhammad Buslemani, who was assassinated by the armed group in 1994, and established a political party called the "Islamic Society Movement" and elected its first president on May 30, 1991.

He ran for the presidential elections that took place in Algeria in November 1995 and won the second place with 3 million votes, according to the official announced results. These elections are the first elections in which the Islamists participated in the Islamic world with a candidate carrying this trend.

During his reign, the Brotherhood managed to achieve a number of political gains, as it ranked second in the presidential elections, second in parliamentary elections with a total of 70 deputies in 1997, and the third rank in local elections and participated in seven ministerial portfolios in one of the previous Algerian governments and 3 in other and 38 Parliamentary deputy in 2002 and four ministries, namely public works, small and medium enterprises and industry, as well as marine fishing and fishing resources.

He has several writings that express his thoughts, including: The Man of Dialogue, a step towards the presidency, and he has a famous book under the title “Desired Algeria” The Missing Equation: Islam..Nationalism..Democracy.

He died on Thursday afternoon 19/6/2003 after an incurable disease he suffered for nearly a year.