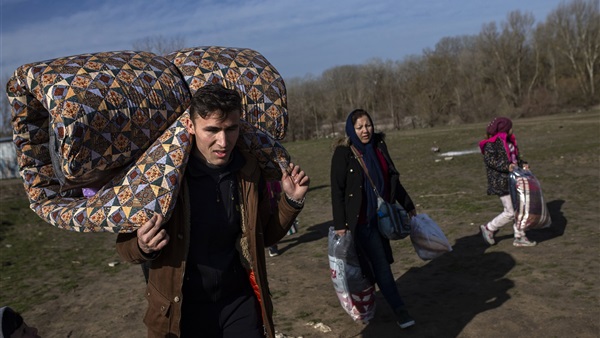 Turkish President, Recep Tayyip Erdogan, exploits the refugees to achieve political and economic gains. Nevertheless, this is coming at the cost of the refugees since the Turkish president opened his country's border for them to cross to the Greek side.

With Greece tightening security on its border to prevent illegal entry into it, the refugees are falling victim to human trafficking rings.

Syrian national, Ahmed Sayeh, arrived in Turkey two years ago, leaving the war behind in his country. In his twenties, Sayeh dreamed of starting a new life in Istanbul.

However, life started to show its ugly face to him soon after he found it very difficult to find a job in Turkey because of rampant racism.

When Erdogan opened his country's borders to the refugees on February 29, Sayeh's hopes of gaining asylum in Europe were revived. On March 1, he and his Palestinian companion, Belal, packed up and left towards the Greek border.

"It was a journey of torture," Sayeh told The Reference about his journey to the Greek border.

He said he and other refugees were assisted by Turkish police in reaching the Greek border.

When Sayeh and other refugees reached the border, Greek police started shooting at them. Policemen then took the money and the belongings of the refugees.

Sayeh and other refugees had to return to Istanbul again. He said he and his companion would continue trying to reach Europe at any cost.

Sayeh had to resort to one of the trafficking rings to fulfill his dream of travelling to Europe.

He said he paid 2,800 Euros for the traffickers to help him get into Greece.

Having arrived to Greece, he said, he was required to pay an additional amount of money to move ahead to other parts of Europe.