On the anniversary of Madrid's bloody bombings, who is Abu Hafs Al-Masri? 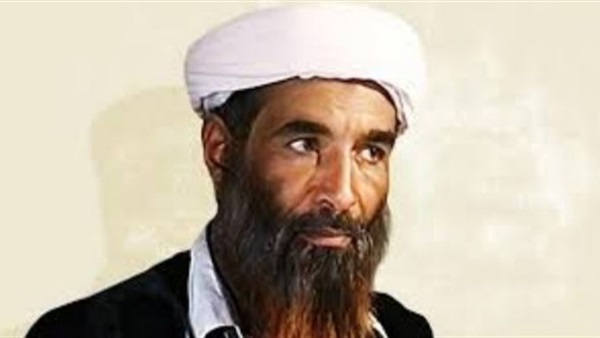 Sixteen years ago, an explosion occurred on a train in the Spanish capital, Madrid, to be considered one of the worst terrorist acts, especially after it killed 190 people and wounded 1,800 others, and at that time the so-called Egyptian Brigades of Abu Hafs claimed responsibility for the bombing.

The Madrid incident was not the only one the brigades claimed responsibility for in Europe. On November 21, 2003, the two Istanbul bombings at the British consulate in the Turkish city claimed the lives of the British consul Roger Short and other experts accompanying him, in addition to the killing of 30 persons and the injuring of 400 others.

On August 21, 2004, the battalions threatened to strike and kidnap the Europeans, after the deadline set for the withdrawal of American forces from Iraq, stressing in a statement that "the response will inevitably come even after a while, and it will be of another type, and from a place they will not expect."

In July of the following year, 3 bombs exploded on separate subway trains, and the fourth on a double-decker public transport bus, on the public transport network in the British capital London, killing 52 people and wounding 700.

The Abu Hafs al-Masri Brigades, in a statement on May 15, 2007, also threatened to launch bloody attacks in Paris, in response to the election of Nicolas Sarkozy as President of France.

What are the battalions of Abu Hafs al-Masri?

After the 2005 London bombings, the aforementioned group claimed responsibility in a statement, in which it called itself the “Abu Hafs al-Masri Brigades - the jihad base - the European Brigade”, which is affiliated with Al Qaeda.

At that time, the statement called the terrorist bombings in the English capital "the blessed battle of London," similar to calling Al Qaeda for the September 11, 2001 attacks on New York and Washington as "the battle of Manhattan."

Muhammad Atef was imprisoned for years and then released, then he fled to Libya, and from there to Saudi Arabia, then went to Afghanistan and married a Pakistani.

Abu Hafs then moved between Pakistan and Jordan, and Ayman al-Zawahiri met the current leader of al-Qaeda, who then presented him to Osama bin Laden, the founder of Al Qaeda and his former leader (killed in an American attack in May 2011), then attended two meetings from 11 - August 20, 1988, with them, to discuss the establishment of Al-Qaeda.

Abu Hafs assumed the position of military leader of Al Qaeda, and he was the ambassador of Bin Laden in Jalalabad, eastern Afghanistan and his daughter, Khadija, married Muhammad bin Laden, in a family ceremony broadcast on TV stations, a year before the events of September 11, 2001.

The name Abu Hafs Al Masri  appeared in the 1998 bombing of the American embassies in East Africa, as Chairman of the Military Committee of Al Qaeda, and the General Supervisor of Training Recruiting Members in Camps inside Afghanistan, and in 2000 the United States offered a reward of $5 million to anyone who provides information to help arrest and prosecute him.

The list of accusations related to the bombing of the American embassies included the accusation of Abu Hafs of instigating the attack against the American forces in Somalia in October 1993, especially since he had contacted via satellite phone a number of people who carried out the attack on the two embassies in Nairobi and Dar es Salaam.