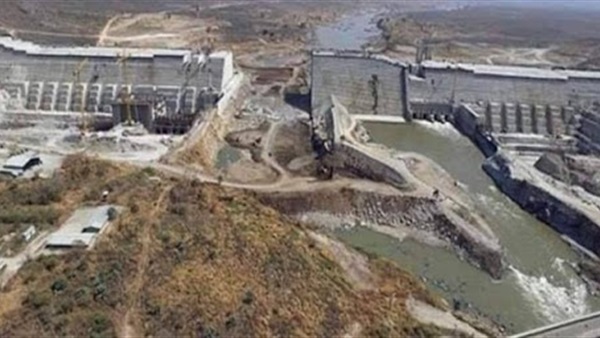 Turkey is playing a suspicious role in supporting Ethiopia regarding the Grand Ethiopian Renaissance Dam (GERD), aiming to take revenge on Egypt by attempting to reduce its water and strike its economy. The June 30th revolution had thwarted Turkish President Recep Tayyip Erdogan’s plan to interfere in Egypt's internal affairs and restore the Ottoman caliphate delusion through the terrorist Brotherhood group.

The Turkish president placed his hand with Ethiopian Prime Minister Abiy Ahmed to deprive Egypt of its historical right to Nile waters. Erdogan announced Ankara's support for the GERD construction project, providing the Ethiopian government with the necessary equipment and funds to ensure the success of the project in order to reduce Egypt’s share of Nile water, which is about 56 billion cubic meters. The dam would result in decreasing water in Egypt’s agricultural areas by 25%, which means an increase in unemployment rates.

This is not the first attempt at building a dam to harm Egypt and its economy. The GERD project belongs to an old plan drawn up by a Portuguese politician five hundred years ago to divert the Nile and rob Egypt’s fertile lands so it would be destroyed and subjugated. At that time, war was raging between the Mamluks and the emerging power of Portugal. The project came to a stop in the early 16th century, until former Ethiopian Prime Minister Meles Zenawi laid the GERD’s foundation stone in 2011. Turkey then entered into the crisis, taking advantage of Addis Ababa's desire to restore its role as an African player and overcome its domestic ordeal.

Erdogan has used soft power, humanitarian aid, and the Ottomans’ historical relations to penetrate Ethiopia, seeking an ally in the region in order to counter Egypt and have leverage on Cairo.

However, the Turkish president maintained a relatively less emergence in the predominantly Orthodox Christian state, reflecting clear pragmatism. Millions of Muslims from the Oromo group were ignored as he supported the authority of a "skilled minority", which prompted Muslims to attack Turkish investments in Ethiopia, especially after the opening of cultural centers to teach Turkish language in many Ethiopian cities and the establishment of religious schools to spread the ideology of the Development and Justice Party (AKP) among Ethiopians.

Turkey has also managed to interfere in Ethiopian affairs through the Turkish Cooperation and Coordination Organization (TIKA) since the opening of its office in Addis Ababa in 2005. Its activities have focused on promoting Turkish education as the most effective tool for cultural penetration, using grants and educational missions to Turkish universities.

TIKA also works to provide medical assistance to hospitals in Ethiopia, especially children's hospitals, so as to create a generation that owes loyalty to Turkey.

The Turkish agency is keen to open projects that address children, as it recently established a playground at a school in Addis Ababa and has renewed some of its facilities, claiming that students are encouraged to go to school and achieve good results.

It is no secret to anyone the intelligence role played by the Anadolu Agency, which established an office in Addis Ababa in 2014 to cover East Africa through Eritrean Islamist journalist Mohammed Taha Tawakal at the behest of Qatari intelligence. Tawakal lived in Qatar for five years and was connected with its police until he returned to Ethiopia.

Tawakal's intelligence history is well known. The Gulf International Services’ media center in Addis Ababa was established with Qatari funding in 1994, which was used at that time to build close relations with officials in Ethiopia and the Horn of Africa, especially the intelligence services.

Leaks indicate that Turkish intelligence uses Anadolu’s offices to hold meetings and carry out its activities. There were frequent visits made by Turkish officials to the news agency, among them Turkish diplomat Ahmet Yildiz. Weekly meetings are also held with Turkish officials and business figures.

Turkey took advantage of Ethiopia’s humanitarian crisis, which was exacerbated by the increasing ethnic conflicts in the country in recent years. The Turkish ambassador in Addis Ababa, Yaprak Alp, worked to provide humanitarian aid in Harar, taking advantage of the historical relationship between the region and Turkey, as there were centuries of cultural and religious ties with the Ottoman Empire.

During this crisis, Turkish charitable organizations distributed food aid to families affected by the war in Ethiopia. Aid was distributed in the city of Adama. The aid contained oil, rice, flour and meat, in addition to cash assistance and various gifts distributed to young children.