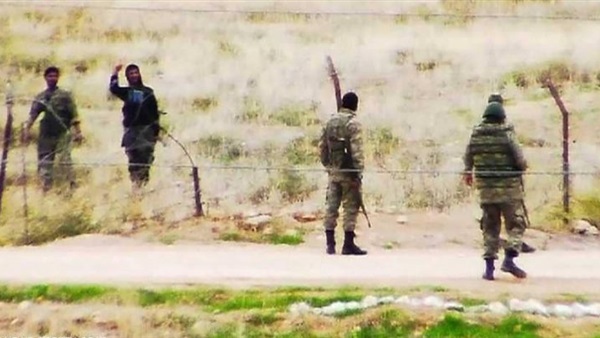 As confrontations rage in northern Syrian between the Syrian Arab Army and the Turkish-backed factions, a group calling itself the “legitimate jihadists” are advertising their newly-established religious centers to educate students of both sexes on what they promote as “The Right Religion”, from their point of view.

Although the course of events indicates that the Syrian scene is close to eliminating the armed factions following an operation to cleanse the north from terrorist factions, and achieving concrete victories, the existence of these schools still bears question marks about their fate and impacts, and how will Damascus deal with the batches of graduates from these uncertified centers?

One of these advertisements was presented by Syrian terrorist Abdulraziq Al-Mahdi who use to work as a legal mufti for many terrorist factions during the war years, and was devoted during the last two years to the follow-up of the so-called religious education among the factions.

The institute specified the conditions for enrollment that the age must not be less than 18 years, and that he should have a high school diploma or its equivalent. As for enrollment fees, the ad set it at $25 USD.

The other one was terrorist Abdullah Al-Muhaisani who advertised on his channel that a new institute will be opened in northern Syria.

Al-Muhaisani’s advertisement was enclosed with a message that said that god will be with jihadists in their war against the Syrian state.

According to these advertisements, the advertised institutes and schools introduce an erroneous and extreme approach regarding Islam, which focuses on jihad and fighting societies that they see as enemies.

Syrian activist Omar Rahmoun has said that the Syrian state and all of its supporters know that the period after eliminating the militias will not be easy, but rather less difficult than the current stage of the war.

He pointed out that one of the manifestations of the difficulty of the war is these schools and their graduates who will be satiated with extremist ideology by Syrian and non-Syrian terrorists.

He explained that these graduates will basically be sleeper cells ready to carry out terrorist operations whenever they are required to do so, stressing the necessity of restricting these schools and introducing their graduates to rehabilitation courses, or at least placing them under security observation.

Professor of political science Nourhan al-Sheikh also told The Reference in an interview that she agrees that Syria is close to completely eliminating terrorists, however, this does not mean a period of tranquility will be waiting for it.

She also underestimated the danger of these schools, pointing out that they will likely be transferred to other epicenters of tension like Turkey or the United States.

Al-Sheikh further affirmed that this already happened when Turkey transferred Syrian extremists to Libya in order to fight against the Libyan national army in Tripoli.