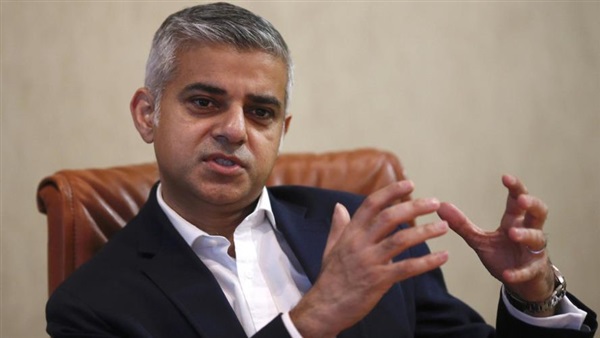 George Eustice, the environment secretary, held a press conference at the National Farmers’ Union conference in Birmingham where he was speaking this morning.

As ITV’s Daniel Hewitt reports, Eustice defended the PM’s decision not to visited areas that have recently visited flooded, even though he did visit flood victims during the general election campaign last year.

Eustice said the PM felt he had to get involved last year because the purdah period in force during the election meant that, without his intervention, Whitehall was slow to get a grip on the crisis.

Turning back to the budget, here are three budget-related stories from today’s papers.

Eighteen MPs from the blue collar group of Conservative MPs caucus - 14 of whom were elected for the first time in 2019 in north and midlands of England- wrote to the Chancellor Rishi Sunak expressing “deep concern” the fuel duty freeze will be scrapped.

A small increase would raise an extra £4billion worth of funding for the Treasury. Fuel duty could rise by up to two pence which will see overall petrol and diesel costs increase, according to reports.

However in the letter the group says: “We are writing to express our deep concern following reports that you are considering scrapping the fuel duty freeze at this year’s Budget.

“If the decision was taken to raise taxes on fuel, hard-working people and businesses in blue collar communities – many of which lent us their support at the General Election for the first time in generations - will suffer.”

Francis Elliott and Steven Swinford in the Times (paywall) say Rishi Sunak, the chancellor, is expected to cut subsidies for a type of diesel used by off-road vehicles and machinery instead of ending the fuel duty freeze. They say:

The chancellor is shifting more of the cost of meeting climate change targets from consumers to business as he finalises the budget, say allies. They suggest that he is cooling on ending the ten-year freeze on fuel duty amid a mounting backlash from Tory MPs.

Instead, he is preparing new environmental taxes, including heavy restrictions on the use of so-called red diesel.

The Sun understands the chancellor is mulling closing two tax reliefs rich families use to funnel money through ghost companies and farmland before they die.

Rich Brits cut down the amount of inheritance tax they have to pay by setting up a business or buying land, which can be passed on to their family after death.

Agricultural relief and business property relief can protect between 50 per cent and 100 per cent of money invested from inheritance tax.

Ending business relief would raise the Treasury an estimated £480m a year and stopping agricultural relief would bring in £320m.

It’s a big boost for Starmer’s campaign, though probably comes as no great surprise to Labour Kremlinologists, given Khan and Starmer are both London-based lawyers with closely aligned political outlooks, and actually go back years (Khan used to brief Starmer when he was a human rights solicitor.) But a public endorsement from Labour’s most powerful elected politician will nevertheless give further credence to Starmer’s status as the clear frontrunner.

Kit Malthouse, the minister for the police, has been giving interviews this morning. Here are three of the lines that emerged.

Malthouse played down reports that his boss, the home secretary Priti Patel, bullied civil servants. Asked if she was a bully, he replied:

I haven’t witnessed any of that. To be honest with you, I’m totally focused on crime. Everybody in the Home Office is focused on that, rather than on the sort of soap opera, I’m afraid.

He claimed there was no longer a rift between Patel and Sir Philip Rutnam, the Home Office permanent secretary whom Patel was reportedly trying to remove. Asked about this, Malthouse said:

[Rutnam] and the home secretary have put out a joint statement showing, I think, glutinous harmony, as the prime minister would call it. Hopefully now we can get on with the mission.

Malthouse said it was up to the House of Lords to decide if Tom Watson, the former Labour deputy leader, was fit to receive a peerage in the light of the role he played in publicising false claims about Westminster figures being involved in child abuse. Asked if Watson should go to the Lords, Malthouse said:

There is a process of the House of Lords now that is independent that will have a look at whether he should or he shouldn’t, as it would with all nominees. I don’t really want to interfere with that.

Jeremy Corbyn has reportedly nominated Watson for a peerage in the forthcoming dissolution honours.

Paul Johnson, the director of the Institute for Fiscal Studies, is now being interviewed on Sky’s All out Politics about the IFS budget assessment out today. (See 9.09am.)

He says this could be “a really big moment” for the British economy. Last year was the first year without a budget since the 1800s. And previous budgets were minor, because the government did not have a proper majority. So this will be the first major budget for years, he says.

He makes the IFS point about the government having to choose between raising taxes, continuing with austerity, or breaking its rules on borrowing.

He says, outside of infrastructure, the government did not make many promises on spending in the Conservative manifesto. But reversing the cuts of the last 10 years would be very expensive, he says. He says we will see in the budget whether the government is serious about reversing those cuts.