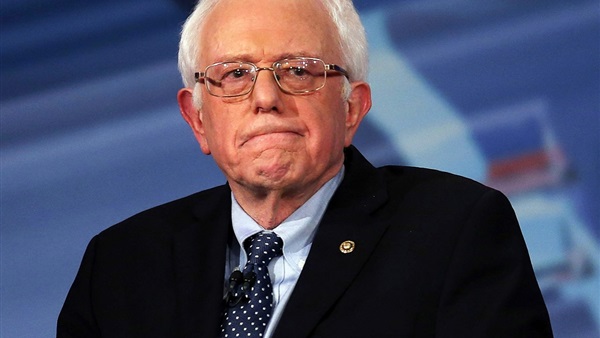 The Democratic presidential candidates engaged in a series of chaotic and fiery exchanges on Tuesday night, in the final debate before the critical South Carolina presidential primary and Super Tuesday contests that could represent a make-or-break moment.

Senator Bernie Sanders, the frontrunner who cruised to victory in Nevada last week, bore the brunt of criticism from a number of his centrist rivals, including the former vice-president Joe Biden, the ex-New York City mayor Mike Bloomberg, and Pete Buttigieg, the former mayor of South Bend, Indiana.

Buttigieg labelled Sanders a polarizing figure in the primary and warned of a race between the self-declared Democratic socialist and Trump, who has already sought to weaponise the spectre of socialism in the run-up to the November election.

“If you think the last four years has been chaotic, divisive, toxic, exhausting, imagine spending the better part of 2020 with Bernie Sanders v Donald Trump,” he said.

The Vermont senator denied his policies were radical, and acknowledged the heat he attracted, stating wryly: “I’m hearing my name mentioned a little bit tonight. I wonder why.”

In one of the earliest exchanges, Bloomberg – who is not on the ballot in South Carolina but is seeking to make gains in the 16 states and territories voting next Tuesday – referenced recent reports to suggest that Sanders’ campaign was benefiting from Russian interference in the 2020 primary.

“Russia is helping you get elected, so you will lose to him [Trump]” Bloomberg told Sanders, in an early attempt to recover from his disastrous first debate performance last week, as members of the audience jeered.

Addressing his response directly to the Russian president, Vladimir Putin, Sanders said: “If I’m president of the United States, trust me, you’re not going to interfere in any more American elections.”

The South Carolina primary on Saturday marks the first vote in the deep south and in which African American voters form a majority of the electorate for the first time. On Super Tuesday – 3 March – the candidates will be vying for more than a third of the available delegates that are key to securing the nomination – a high stakes day that has the potential to propel one candidate to solid frontrunner status and see others drop out.

Biden has long courted voters in the black community, touting his record as vice-president to America’s first African American president, Barack Obama. But recent polling has suggested that Sanders, buoyed by success in a multicultural electorate in Nevada, is the frontrunner with black voters nationally.

Biden, who holds a slim lead in South Carolina according to recent polling, said he intended to win in the state on Saturday, and pledged to nominate an African American woman to the supreme court if elected. But he also tried to tear strips off Sanders, his closest rival in the state.

“I’m not saying he [Sanders] is responsible for the nine deaths [at Mother Emanuel],” Biden said. “But that man [the white supremacist Dylann Roof] would not have been able to get that weapon with the waiting period had been what I suggest[ed].”

Sanders initially tried to pivot to criticizing Biden for his record on trade deals, prompting more boos from the audience, before saying: “I have cast thousands of votes, including bad votes,” Sanders said. “That was a bad vote.”

As with much of the debate there was little follow-up questioning after Sanders’ significant acknowledgement, as moderators struggled to keep the candidates from interrupting each other, talking over each other, shouting, and speaking for longer than their assigned time limits.

The Trump campaign quickly seized on the disorder, issuing a statement saying: “The Democrat party is a hot mess and tonight’s debate was further evidence that not one of these candidates is serious or can stand toe-to-toe with President Trump.”

The Massachusetts senator, Elizabeth Warren, a fellow progressive, also took aim at Sanders, saying the pair agreed on a lot of things, but that she would be a “better president”.

“Progressives have one shot, and we need to spend it on a leader who will get something done,” Warren said.

Warren also renewed her attacks on Bloomberg over the billionaire philanthropist’s treatment of female employees. Warren, who benefited from a surge in fundraising after her criticism of Bloomberg at last week’s debate, resurfaced an allegation that he had once told a pregnant subordinate to “kill it”.

The billionaire former hedge fund manager Tom Steyer, returning to the debate stage as recent polls place him third in South Carolina, was also drawn into an angry exchange with Biden, who questioned his record investing in a private prison company, a move Steyer said he also regretted.

In a withering put-down, Biden referred to Steyer as “Tommy come lately” as the billionaire pushed back and argued he had done more to support minority communities than the former vice-president.

As the debate wound to a close, the candidates began to move the focus towards more pointed criticism of the Trump administration, particularly the president’s handling of the coronavirus outbreak.

The Minnesota senator, Amy Klobuchar, criticized the administration’s funding cuts to the Centers for Disease Control and Prevention, the US government agency responsible for helping prevent global outbreaks.

She argued that the president “hasn’t really yet addressed the nation on this topic” and urged the administration to work on better quarantine and treatment plans.

Shortly after the debate, Trump, seemingly listening in to the discussion, tweeted: “CDC and my administration are doing a GREAT job handling Coronavirus …”