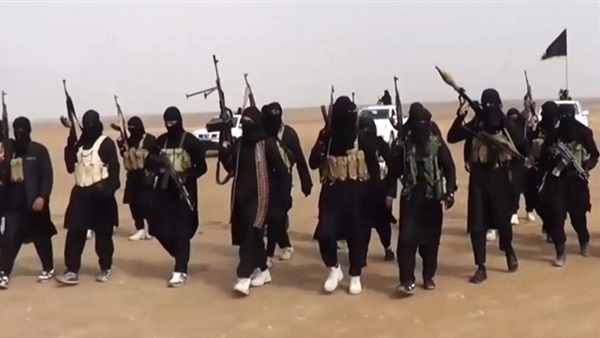 The General Union of Students resumed, Thursday, February 20, broadcasted the documentary, “Black rooms ... The Return of the Secret Organization of the Ennahda Movement”.

The documentary, which was shown in June 2019, revealed the circumstances of the involvement of 26 leaders of Ennahda in the political assassinations, as Shukri Belaid, and the nationalist Mohamed Brahmi in 2013.

The Secretary General of the United Democratic Movement, Shukri Belaid, was assassinated in front of his residence in Tunis on February 6, 2013.

The MP of the National Constituent Assembly, Mohamed Brahmi, was assassinated in front of his house in Tunis, on July 25, 2013.

The film linked Ennahda and its relationship with the Brotherhood of Egypt by planning to liquidate political opponents during the era of the Muslim Brotherhood (2014-2011).

The spokesman for the General Union of Tunisian Students, Riyad Jarad, said that the film constitutes one of the tools of the political forces in exposing the crimes of the Brotherhood movement against the Tunisian people and political forces opposing its religious project.

In a statement to the "reference", Jarad added that the General Union of Students will expose the Brotherhood's crimes to the people.

Jarad continued, that the Brotherhood’s reactions to the film and the prosecution of those responsible for it constitute a confirmation of the evidence it holds for Renaissance crimes, and that it will not drop by statute of limitations, and all the leaders of the secret organization will be tried for it.

He stressed the General Union of Students full solidarity with the press preparation team for this“ documentary ”that exposed Ennahda terrorism.

Mahdi Al-Jalasi, member of the Executive Bureau of the Journalists Syndicate posted on Facebook: "I was summoned with the team of preparing the documentary film (black rooms) Nidal Al-Azim and Ahmed Nazif at the Al-Owainah (security group) on Monday, February 17.

He added: We do not know who filed the complaint against us, but it is related to the documentary film that tells the story of the black room at the Ministry of Interior, which the judiciary has proven its existence, but does it make sense in this country to consider journalists with suspicion because they made a movie?"

The National Union of Tunisian Journalists has supported the journalists and the director referred to the judiciary, and in a statement it expressed its support and support for them, and reminded that the publication of judicial documents in a journalistic work, after presenting them in public sessions, could not be an introduction to criminalizing dealing with these data in the media.

The union statement express that the press team's use of data circulated in social media, and was published, on several occasions, in dozens of national and international media, should not be an excuse to track them security.

Ennahda confirmed in September 2019 that it would sue a foreign TV channel, against the background of its broadcast of the documentary film that tells the story of what was known as the movement's secret apparatus, considering that the movie aims to confuse the electoral track and stick to false accusations.