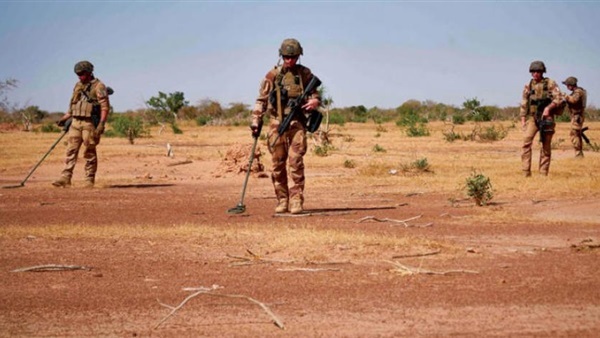 In the context of deepening the African-American partnership, Secretary of State Mike Pompeo is conducting a multi-purpose visit to the continent, which began on February 15, 2020 in the western region raging with terrorist and sectarian conflicts, particularly Senegal, where he stayed for two days, heading towards Angola and Ethiopia.

Pompeo stressed, during his meeting with his Senegalese counterpart, Amadou Ba, that his country is counting on Senegal as a key ally in its battle against terrorist groups in the region, pointing to Washington's readiness to help the West African country develop its military forces and raise their combat efficiency.

For his part, the Minister of Foreign Affairs of Senegal praised Washington's role in training and development the intelligence forces and logistical support in order to combat terrorism and prevent drug trafficking to the country, stressing that his country still needs the United States to help it confront extremism and problems of security instability, calling Pompeo to take all the necessary measures to strengthen the role of the United Nations peacekeepers, particularly in Mali, because of the dangerous borders they pose with them.

Moreover, Amado expressed his hope that Washington will continue to support his country and the African Sahel region in general because of its spread of terrorism, weapons and dangerous elements that affect the development process in the region.

During the visit, Pompeo and his Senegalese counterpart signed a partnership agreement worth 550 billion CFA francs, to develop security, health and education fields, and to confront security and cross-border terrorism problems, along with signing 5 contracts with US companies to develop the country's infrastructure.

Accordingly, it is clear that Washington adopted a strategy more related to West Africa, through which it chose to make Senegal the first African destination for its foreign minister, but the American military obligations towards the country were not recent.

In May 2016, the two countries signed a security agreement that includes Dakar providing facilities to the forces American forces to spread inside it in the event of crises in its main areas of concentration in the region, in addition to enhancing combat cooperation between the two camps to prevent infiltration of elements from the financial borders to Senegal, as it hosts Flintlock exercises organized by Washington for the anti-terrorist forces in West Africa, as well as joint meetings and forums.

In light of the foregoing, Washington appears to rely on Senegal as a partner and not only as a country in need of assistance, given that it has less rates of terrorist operations, compared to western African neighboring countries, according to the international terrorism index issued by the Institute for Economy and Peace, issued by the Institute of Economy and Peace, Senegal ranks 93 in terms of Deaths from terrorist operations despite the progress of Nigeria, Mali and other Western countries.

Although Mali and Senegal share common borders, the country has maintained a declining arrangement in terms of its vulnerability to terrorism compared to Mali, which ranks 13th on the same index, and accordingly Washington considers it a model of security and progress in the region that allows it to rely on it in its participation in the wars of the West and securing its interests The coast.

For his part, the researcher in the affairs of terrorist movements at the Al-Ahram Center for Political and Strategic Studies, Ali Bakr, thoughts that the weak geographical borders between the countries of the African continent and the decline in the efficiency of the security services cause an increase in extremism and the supply of weapons in the region.

"Bakr" said in a statement to the reference that the Sahel region is growing in influence by ISIS to compete with the old presence of Al Qaeda, and due to the sharing of borders between Mali and Senegal, the latter is affected by the ongoing operations and attacks, so it is a good station for managing the war against terrorism in the region.