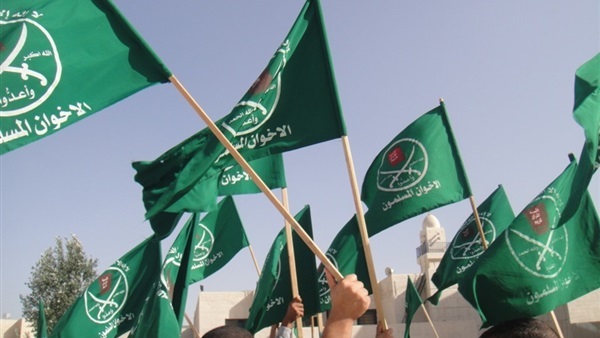 Leaks by the Muslim Brotherhood continue to reveal what the terrorist group has been scheming with an aim to harm the security and stability of Egypt.

Amany al-Khayat, a presenter with private television channel Extra News, presented on Saturday leaks attributed to fugitive Salafist leader Mahmoud Fathy regarding a terrorist plot that included the formation of three committees to communicate with teachers, ultras groups and prepare for civil disobedience.

Al-Khayat added that media outlets have a responsibility to raise awareness against the terrorist group and its schemes, pointing out that whenever the group loses a battle, it moves in a new way to hinder the progress and advancement of Egyptian state.

Fathy was involved in a number of terrorist attacks that took place in Egypt within his duties, assigned by the group, to spread chaos across the country.

During the Brotherhood’s year of rule in Egypt in 2012, the Brotherhood’s first goal was to control the Teachers Association, in implementation of the commandment of the founder, Hassan Al-Banna, who directed – in the message of the Brotherhood’s Fifth Conference held in 1938 – that education should be independent from the government system, from kindergarten to universities.

The Brotherhood's president, Mohamed Morsi (2012-2013), offered all the facilities to the group, so he ordered the appointment of Ahmed Al-Halawani as head of the teacher association, and in return, he started utilizing the association into a Muslim Brotherhood  institution for two main goals.

The first one was using the association’s money to fund and support the Muslim Brotherhood armed sit-in following their fall after the popular revolution of 30 June 2013.

The Brotherhood targets the Teachers Association because of its economic and educational importance; prosecution’s investigations revealed that the group’s leaders who held high positions inside the association received payments amounting to half a billion pounds, in the period from the first half of 2013 to the first half of 2014, in addition to removing a deposit owned by a sub-union in Alexandria at LE2,775,000, which was allocated to fund the activities of the Brotherhood.

As for the educational importance, the aim was to significantly serve the Muslim Brotherhood project, which its founder wanted, as he saw that the continued flow of the human factor of the group will only take place through controlling the young and raising them from a young age on the principles of the Brotherhood.

Sameh Eid, a dissident from the Muslim Brotherhood, says that the fatwas regarding the importance of working in teaching were related to the women of the group, as they considered teaching to be the best profession that allows them to communicate with children at a young age.

In a related context, dissident Brotherhood member Khaled al-Zaafrani told The Reference that terrorist group is more interested in trade unions than clubs and youth centers, adding that the people reject the presence of the Brotherhood, whether in unions or clubs, which why they kept losing elections continuously.