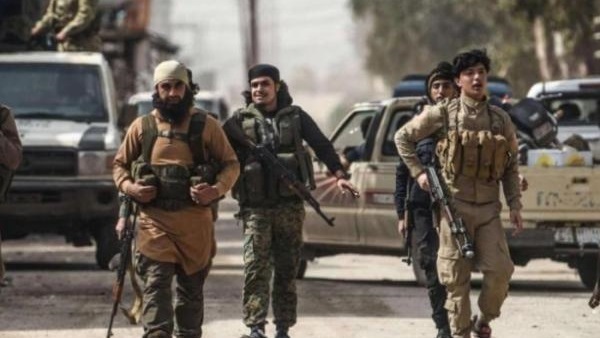 Turkish President, Recep Tayyip Erdogan, incurs one loss after another, ever since he decided to send Syrian mercenaries to Libya to fight alongside the Tripoli-based Government of National Accord (GNA).

The mercenaries Erdogan sent to Libya also suffer one defeat after another in confrontations with the Libyan National Army (LNA).

About 70 mercenaries were killed at the hands of LNA troops in battles near Tripoli, the Russian news agency, TASS, said.

To cover up his interference in Libya, Erdogan is pouring a lot of investments in Africa.

Turkey's influence in the continent has started falling apart as a result of Erdogan's policies in Libya.

Apart from the 70 mercenaries who were killed in battles against the LNA near Tripoli, 50 other mercenaries were injured in the same battles, TASS said.

The Syrian Observatory for Human Rights said, meanwhile, that an additional 64 mercenaries had laid down their arms and escaped to Europe.

On the other hand, a Swiss newspaper said Erdogan had spent billions of dollars in the past years in order to increase his influence in Africa.

The observatory revealed that Turkey has plans for transferring even more mercenaries to Libya.

The number of mercenaries in Libya has already risen to 4,700. Nevertheless, the number is on the decrease. Some of the mercenaries are killed in battles with the LNA and others escape to Europe.