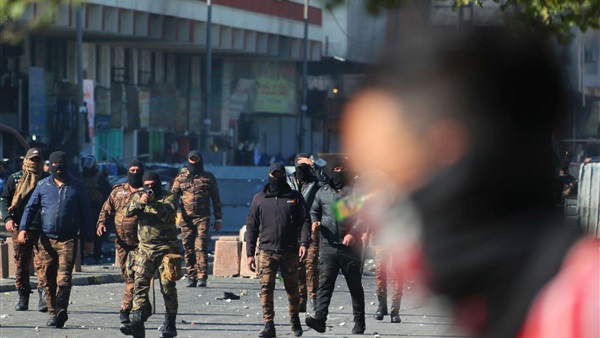 Iran-backed militias suppress the ongoing demonstrations in Iraq by all means.

The members of the Peace Companies militia, which is loyal to Shiite leader Muqtada al-Sadr, staged yet a new aggression against peaceful demonstrators on Tahrir Square at the center of Iraqi capital Baghdad.

Members of the militia attacked the demonstrators on the square because of their continual criticism of the militia for forcing those staging a sit-in inside a Turkish restaurant near the square to get out of it, according to local sources.

Tension is piling up on the square because of the return of the members of the militia to the square, some activists said.

The militia entered the Turkish restaurant, forced the demonstrators who staged a sit-in inside it to go out and then turned off the lights and closed the restaurant.

On February 3, the followers of Shia Iraqi Shiite leader, Muqtada al-Sadr, had shot at peaceful demonstrators in the southern city of Najaf. Sadr had earlier asked his followers to help the authorities reopen roads blocked by months of demonstrations. He called for bringing life back to normal in Iraq, especially after Mohamed Tawfiq Allawi took over as prime minister.

The new prime minister called for defusing the crisis in Iraq and not giving the chance to those whom he described as "corrupt people" to pull Iraq back.

Activists said, meanwhile, that the members of Peace Companies had started taking escalatory measures to disperse the demonstrations which are originally directed against what they described as the "corrupt political class" in Iraq.

Sources in the southeastern Iraqi province of Maysan said hundreds of militia members were deployed in the streets and close to government offices to prevent any possible strikes.