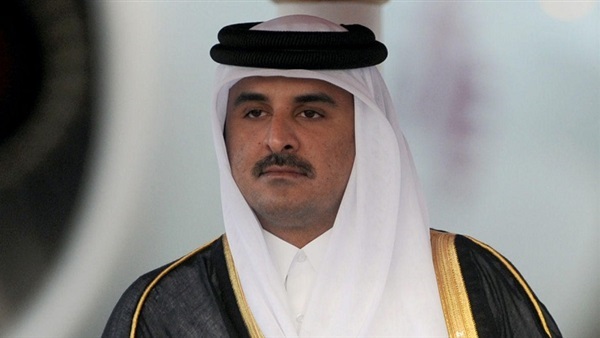 Sudan is seeking to end its global isolation by removing the country’s name from the list of state sponsors of terrorism that have stuck to Khartoum since the mid-1990s, but the Qatari hands that mess with it represent an obstacle to those endeavors and efforts.

Sudanese Prime Minister Abdullah Hamdouk says that his country should return to building regional and international relations in a way that serves the interests of all and guarantees stability and security, pointing out that "removing Sudan's name from the list of state sponsors of terrorism is a demand that the international community must support”.

However, the attempts that the Sudanese official crowned with a visit to the United States of America at the end of 2019 face great complications, because they require urgent and strict measures, at the forefront of which are to rid the state institutions of the remnants of the Brotherhood regime, and to permanently disengage from the international organization of the Brotherhood.

A poll conducted by Sky News in October 2019 of the situation in Sudan showed that ridding the Sudanese state institutions of the remnants of the Muslim Brotherhood and amending the laws established by the Bashir regime, killing the hotbeds of corruption, and neutralizing the mosques' platforms from extremist rhetoric are the first and most important steps needed to push towards the country’s liberation from this nightmare that has ruined Sudan's reputation and lost the economy hundreds of billions of dollars.

The poll indicated that the international community is well aware that the Sudanese people have no guilt for what happened. Rather, the matter was in the entirety of the Muslim Brotherhood, which was sponsored by the isolated regime Omar al-Bashir, and now Qatar plays them as a pressure card to gain a position of control in the region.

Al-Bashir and Sudan: A guard at the door of sanctuary

The al-Bashir regime’s harboring of radical Islamist elements, extremists, and leaders of terrorist organizations such as Osama bin Laden, the founder of al-Qaeda, as well as those wanted internationally by their country’s governments, fleeing justice fighters, and prosecutors involved in terrorist operations, have caused the country to be included in the list of state sponsors of terrorism.

Khartoum welcomed Osama bin Laden and his extremist companions, harbored hundreds of terrorists around the world, and at that time became a safe and custodian haven for these extremists of Asian and African nationalities.

After years of this time, and with the Brotherhood controlling matters in the country, Khartoum has turned into a country of terrorist headquarters as well as a corridor for other countries such as Somalia, in addition to establishing suspicious relations with Tehran, Hezbollah, Hamas, and extremist factions in a number of countries.

As a result of its inclusion on the lists of countries sponsoring terrorism, Sudan has suffered direct and indirect financial losses estimated at $ 350 billion from 1993 to 2019, with direct losses ranging between 125 and 135 billion dollars, including a halt in the flow of loans, facilities and international grants, in addition to losses of exports.

Sudan has also lost a large percentage of its air and sea fleets due to the lack of spare parts and the suspension of maintenance work, in addition to the loss of entire periods of technological developments that could be benefited from in the process of economic growth.

All of this led to huge financial and economic imbalances, the most prominent of which was the deterioration of the Sudanese pound's value, bringing the total losses of those imbalances to about 120 billion dollars.

Sudan's inclusion in the American list of state sponsors of terrorism prevents Khartoum from obtaining any foreign economic aid from international institutions such as the World Bank, and it also imposes a ban on Sudan's imports of goods that have more than one use in military aspects, which requires a 30-day notice from Congress.

On October 6, 2017, the American administration lifted some economic sanctions on Sudan that lasted for nearly 20 years, through a plan of 5 tracks that Sudan follows in cooperation with the United States, including improving anti-terrorism efforts, and Sudan patrolling the Sudanese-Libyan border to combat the flow of terrorists and to prevent the smuggling of weapons and other illegal activities.

The removal of Sudan from terrorism lists will motivate investors, businessmen and international institutions to pump investments, which made Sudan announce its welcome to the launch of the second phase of the strategic dialogue with the United States, which was designed to expand bilateral cooperation and achieve more progress in a number of areas of mutual interest, especially after the success of the first phase, which culminated in the lifting of economic sanctions on Sudan.

The US envoy to Sudan, Donald Booth, said: "We want to make sure that the problem that we see does not continue, and this depends on how long the Sudanese will take to do this," but he did not specify a timetable for that.