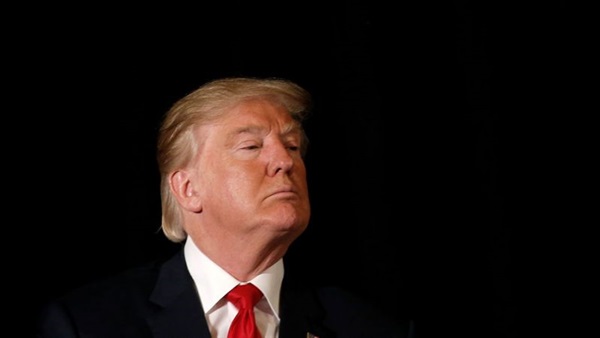 The Palestinian prime minister lashed out Sunday at U.S. President Donald Trump’s proposal to end the Mideast conflict, saying it would be “buried very soon.”

Speaking at the Munich Security Conference, Mohammad Shtayyeh said the U.S. plan was “no more than a memo of understanding between (Israeli Prime Minister Benjamin) Netanyahu and Trump.”

Shtayyeh criticized the fact that the proposal would leave a future Palestinian state fragmented and with “no sovereignty,” allowing Israel to annex large parts of the West Bank. He urged other countries to reject the Trump proposal while maintaining that Palestinians “are open to serious negotiations.”

Shtayyeh suggested the Palestinians would seek to increase pressure on Israel through international organizations, citing the recent release by the U.N. human rights office of a list of more than 100 companies allegedly complicit in violating Palestinian human rights by operating in Israeli settlements in the occupied West Bank.

Palestinian Prime Minister Mohammad Shtayyeh said any future peace talks must be sponsored by international teamwork, not only through the US. His remarks came during a meeting with 21 Republican and Democrat members in the US Congress on Saturday, on the sidelines of the 56th Munich Security Conference (MSC).

Shtayyeh also added that any solution to the Palestinian cause shall be based on with UN resolutions. He stressed that the recently announced “Deal of the Century,” which aims at resolving the Palestinian-Israeli conflict, does not meet the Palestinian citizens’ minimum legitimate rights.

He also highlighted the seriousness of the decisions issued by the US administration regarding the Palestinian cause, noting in particular “the attempt to liquidate its components, the most important of which is the refugee issue.”

Shtayyeh warned against Israel’s schemes to annex the Jordan Valley and some area in the West Bank, saying such plan undermines any chance to establish a geographically connected Palestinian state.

Palestinians are now working on convincing the world that it is necessary to adopt President Mahmoud Abbas’s vision to launch negotiations under international multilateral sponsorship for a specified period of time.

Abbas said these talks shall be based on international legitimacy and would cancel any previous resolutions and settlements or anti-peace measures. However, the US and Israel rejected the proposal.

The Palestinian Liberation Organization (PLO) Executive Committee is scheduled to hold a consultative meeting on Sunday in Ramallah to discuss the Palestinian action at both domestic and international levels against the peace deal announced by US President Donald Trump earlier this year.

Committee Member Saleh Raafat said the consultative meeting will also tackle the next steps on what was announced at the UN and the Human Rights Council on companies operating in settlements in the West Bank and the occupied Golan Heights, whether Israeli, European or US companies.

“Messages will be sent to all foreign countries that have companies operating in the settlements in order to close them and hold them accountable, in accordance with the Human Rights Council decision, which considered that these companies have violated international laws,” Raafat explained.

Russia, Europe and China are working to counter this peace deal and are seeking to hold a real international peace conference, in which many countries participate along with the Arab Quartet, he noted.