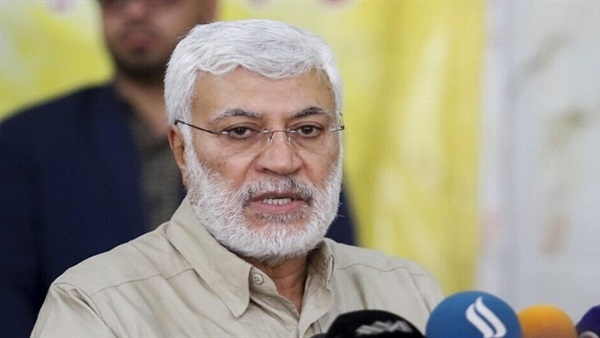 A spokesman for Iraq’s Iranian-backed Popular Mobilization Forces (PMF) announced at dawn on January 3 the killing of Quds Force commander Qassem Soleimani and PMF leader Abu Mahdi al-Muhandis in a bombing targeting their convoy near Baghdad International Airport. The remains of both were taken to Muthanna Hospital in Baghdad.

Who is Abu Mahdi Al-Muhandis?

Muhandis was known by 19 various names, most notably Jamal Jaafar Muhammad Ali, Abu Mahdi al-Basri, Jamal Jaafar al-Ibrahimi and Jamal Al-Tamimi, born in the city of Basra in 1954 to an Iraqi father and an Iranian mother. He graduated from the College of Engineering in Iraq in 1977.

Muhandis joined the Islamic Dawa party while he was in high school, and after the Rajab events in 1979, many students were arrested and he became one of the most wanted individuals for the Revolutionary Court. After Saddam Hussein came to power in Iraq in 1979 and the death of Shiite cleric Muhammad Baqir al-Sadr, Muhandis fled to Kuwait and settled there for years several. Reports indicate that he had carried out hostile activities against the regime of Saddam Hussein at that time, before the Kuwaiti government prevented him from practicing any activity on its soil.

Muhandis was added to the international list of terrorism more than three decades ago and was wanted by Interpol. He had also been sentenced in absentia to death or imprisonment in several Arab and foreign countries.

He had been involved in assassinations and bombings inside and outside Iraq, including the 1981 bombing of the Iraqi embassy in Beirut and the bombing of the American and French embassies in Kuwait in December 1983, which killed six people and injured 80 others in the Kuwaiti capital, including Western nationals. A joint investigation conducted by the Kuwaiti and American authorities proved his involvement in the attacks, along with seventeen other members of the Islamic Dawa party.

The police succeeded in finding material evidence about this, for which Muhandis and his comrades were convicted and sentenced to death, but he managed to escape from Kuwait to Iran with a Pakistani passport. Once in Kuwait, he settled and married an Iranian woman several years older than him, acquired Iranian citizenship, and was appointed a military advisor to the Quds Force, which was attacking the Iraqi forces around Muhandis’s hometown of Basra.

In 1985, the Kuwaiti Public Prosecution officially charged Muhandis with being involved in the failed assassination attempt that targeted the country’s late Emir Jaber Al-Ahmad. He had remained since that date the number one wanted terrorist by the Kuwaitis. He was also included on the US list of those wanted for terrorist acts, which had previously included late al-Qaeda leader Osama bin Laden.

In 1987, he officially assumed the position of commander of the Badr Organization, and years later went on to work within a force linked to the Quds Force. He participated with the Iranian forces in attacking various Iraqi towns in the beginning of 1988, killing hundreds of Iraqi civilians and military personnel.

In March 2003, after the US forces entered Iraq, Muhandis returned using the name Jamal Ibrahimi. He ran for the Iraqi parliamentary elections on the Dawa party list led by former Prime Minister Nuri al-Maliki in 2005 and won in his constituency from Babylon province. But a US Marines force stormed his residence east of Baghdad after discovering his identity and he managed to flee again to Iran. He did not enter Iraq until after the withdrawal of the American forces in 2011 for short visits and then returned to Tehran again.

In 2007, Tehran gave Muhandis the task of forming the Iraqi Kata’ib Hezbollah, one of the elite factions in the pro-Tehran PMF that also played a role in Syria’s civil war starting in 2013.

Muhandis was also involved in bloody attacks on the Iranian resistance’s Ashraf camp in 2009 and 2011, as well as the September 1, 2013 massacre.

In 2009, the United States included Muhandis on its terrorist list, imposed financial sanctions on him, and announced the freezing of any assets he possessed.

He was involved in issuing orders to suppress the recent Iraqi protests that erupted in early October 2019, according to what Human Rights Watch published weeks ago.