Who is Abu Mahdi al-Muhandis? The Man who died alongside Suleimani 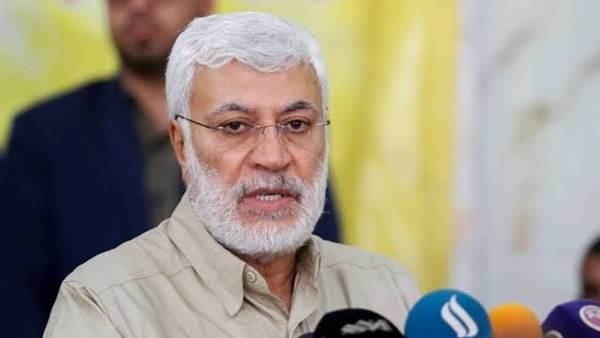 A few days before his assassination in an American drone strike, Jamal Jafaar Mohammed Ali Ebrahimi – known more widely by his nom de guerre of Abu Mahdi al-Muhandis – addressed a crowd of his supporters in Iraq.

“The US ambassador, the Americans and their intelligence agencies must not think that they can sustain their control over their bases in Iraq, Syria, and Lebanon,” he said, in the aftermath of US strikes that had killed two dozen members of the militia he founded.

“By Allah,” he continued, “we will stop America and all of its Iraqi cronies, hiding in their offices.”

Within days, however, Muhandis would be dead, killed in a US strike alongside the Iranian whose interests he so often represented in Iraq, Qassem Suleimani. The move by Washington came after supporters of the Kata’ib Hezbollah militia, founded by the 66-year-old Muhandis, laid siege to the US embassy in Baghdad.

The career of Muhandis, who like Suleimani eschewed public attention, traced a familiar path through Iraq’s convoluted Shia politics, in particular the strand that came under the direct tutelage of Tehran, beginning in Saddam Hussein’s dictatorship.

Born in Iraq’s arid southern second city of Basra in 1953, to an Iraqi father and an Iranian mother, Muhandis joined the Shia opposition Dawa party while still at school before fleeing Iraq in 1980, the year of the outbreak of the Iran-Iraq war.

Sentenced to death in Kuwait for his involvement in the 1983 bomb attacks on US and French embassies there, he joined the Iran-based Iraqi Islamic supreme council and become a soldier in the elite Badr corps of Iraqi exiles fighting for Iran, where he served as a commander until the late 1990s.

Returning to Iraq in 2003 after the US-led invasion that deposed Saddam, Muhandis quickly became one of Iran’s key placemen, organising both to extend Tehran’s influence in the turbulent years that followed the invasion and, as Iran sought to counter Washington’s attempts to shape Iraq’s future, briefly serving as an MP and a security adviser.

“Muhandis was demonstrative of how Iran built its network of proxies in Iraq,” said Phillip Smyth, a US-based researcher focused on Shia armed groups.

But it is more recent activities that put Muhandis’s efforts for Iran, and particularly on behalf of Suleimani, for whom he worked as an adviser, in America’s crosshairs.

He was credited with being a key leader in the Shia militias, the Popular Mobilisation Forces, known as the Hashed (al-Shaabi), employed as shock troops in the bloody fight against Islamic State in Iraq. Although he worked under Faleh al-Fayyadh, Iraq’s national security adviser, Muhandis was widely recognised as the Hashed’s real leader.

And equally, if not more, important was his involvement in founding and leading the Kata’ib Hezbollah militia, part of the Hashed.

Listed by the US as a terrorist group, Kata’ib Hezbollah was regarded by Washington as a hardline pro-Iranian faction blamed for targeting US troops, with Muhandis himself accused of running “weapons smuggling networks and participat[ing] in bombings of western embassies and attempted assassinations in the region”.

Indeed it was an attack launched by Kata’ib Hezbollah killing a US contractor that triggered the sequence of events that led to US airstrikes on its bases in Iraq and Syria, which in turn sparked the violent demonstrations at the US embassy in Baghdad and, now, the assassination of Muhandis and Suleimani.

He was “the most inveterate opponent of the United States,” said Michael Knights, an expert at the Washington Institute, adding that while some of the PMF [Hashed] units had been incorporated under Iraqi military command, Muhandis had kept the militias at arm’s length.

“Muhandis worked assiduously to develop the Hashed into an organisation that was neither subject to full prime ministerial command nor subordinate to the conventional security forces,” said Knights.

The only question now is who will replace Muhandis in Iraq as a representative of Tehran’s interests. And while he may have been one of the most high profile and effective graduates of the Badr corps to return to Iraq after 2003, he is far from the only one.