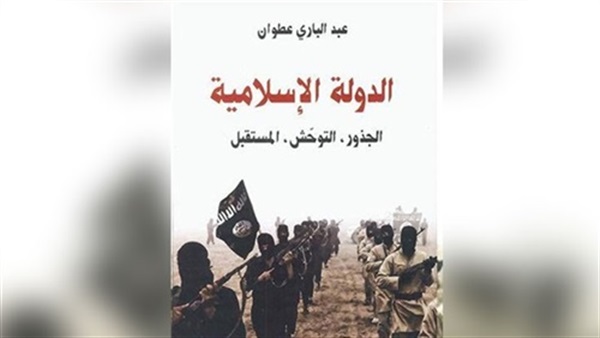 Despite the continuous losses endured by Daesh in the recent period, its existence and spread for a time made an impact to the ideological and political scene of the Middle East, which is what controversial writer Abdel Bari Atwan discussed in his book, entitled “Islamic State: Roots, Savageness and Future.”

Atwan, in the beginning of his book, has introduced his notes about the terrorist organization’s claims of its ability to build a state and force the world into dealing with it as a country and not an extremist group.

The author claims that this case applies to Daesh, in addition to fixed borders, as he believes that the organization at a time was able to control vast territories equivalent to the territories under the United Kingdom, and the United Nations is not concerned whether humans living under the authority of these states are forced or not.

Here we notice a serious problem that the writer seeks to highlight or perhaps the prelude to, which is to introduce Daesh as a state, as he pointed out that there are unrecognized countries that are still treated as occupant countries.

According to the course of events, political and historical realty in the region, especially Syria and Iraq, this is considered a dangerous form of imposing ideologies. As first of all, Atwan did not differentiate between groups and gangs that seek to establish independent countries.

This also denies the credibility of the United Nations on the recognition of states at the expense of the Arab cause and what is being waged, and thus gives a pretext for the presence of Daesh, which is an extremist group based on the power of arms, terrorism and cannot be considered a state.

The organization focuses on the idea of «caliphate», and here Atwan refers to why Daesh leader Abu Bakr al-Baghdadi chose the be nicknamed Abu Bakr, and the link between this and the first Muslim Caliph Abu Bakr As-Siddiq.

While the organization calls for immigration to invite foreign elements and non-residents of the territory controlled by the organization to come and join, not to mention that, according to the book, Daesh included semi-ministries that were responsible for a number of affairs.

In the book, Atwan also spoke about the political circumstances that surrounded the emergence of Daesh, as he said the Islamic world split into two, namely the Sunnis the Shiites, so did international powers, but in the end, these powers saw that unity is the only way to defeat the Daesh threat.