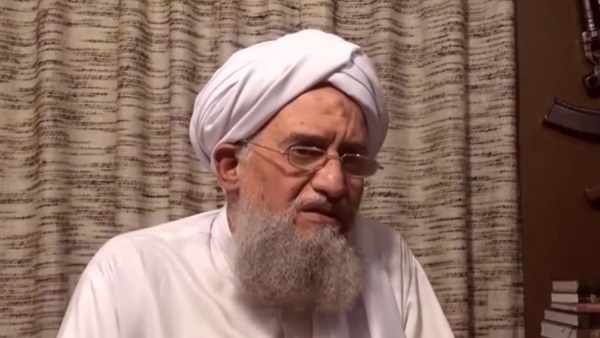 Leaked documents have revealed the allegiance of a number of leaders of the Shura Council to the al-Qaeda leadership in the event of the death of Ayman al-Zawahiri.

The disclosure followed the death of Hamza bin Laden, the son of al-Qaeda founder Osama bin Laden, who was widely seen as in line to become the group’s leader in the event of Zawahri's death or inability to lead the group because of his illness.

Media reports talk about the deterioration of the health of Ayman al-Zawahiri, who was born on June 19, 1951, and reports from US military commanders say that he is suffering from a serious heart disease.

These leaked handwritten documents reveal the ranking of leaders within al-Qaeda in terms of importance. It put Abu al-Khayr al-Masri in first place, meaning he was the second man in the organization before being targeted in February 2017.

Abu al-Khayr al-Masri was the son-in-law of Osama bin Laden. His real name is Abdullah Mohammed Rajab Abd al-Rahman and he was born in the Egypt’s Sharqeya governorate in 1957. He was a member of the Shura Council of the Egyptian Jihad and was sentenced to life imprisonment in the "returning from Albania" case in 1998. In 2005, Abu al-Khayr was placed on the US terrorism list.

Second on the list to succeed Zawahiri was Abdullah Ahmad Abdullah, who is known as Abu Mohammad al-Masri or Abu Muhammad al-Zayyat. He is now Zawahri’s deputy following the death of Abu al-Khayr al-Masri.

Abu Mohammed al-Masri, an ex-officer of the Egyptian army, was one of the first founders of al-Qaeda. He served as an explosives expert and for a long time was responsible for the organization's "security committee." He was close to Taliban leader Mullah Omar during his stay in Kandahar. He was also responsible for a long time for the Al-Faruq camp, which trained new jihadist elements, and he was also a member of the al-Qaeda Advisory Council.

Mohammed Saladin Zidane, the former lieutenant of the Egyptian Army's Special Forces who was associated with the Egyptian Jihad organizations at the time, was born in the governorate of Menoufia in 1960 or 1963.

On May 6, 1987, he was arrested in the well-known case of "reviving the jihad organization," and also for involvement in the assassination attempt on former Egyptian Interior Minister Hassan Abu Basha before being released for lack of evidence to flee to Saudi Arabia, and then to Afghanistan in 1989 to join al-Qaeda.

Coming in fourth place to succeed Zawahri was Nasir al-Wahayshi, or Abu Basir, who was targeted on June 12, 2015 by a drone strike in Hadramaut in eastern Yemen.