Former al-Qaeda affiliate in Syria seeks to soften its brand 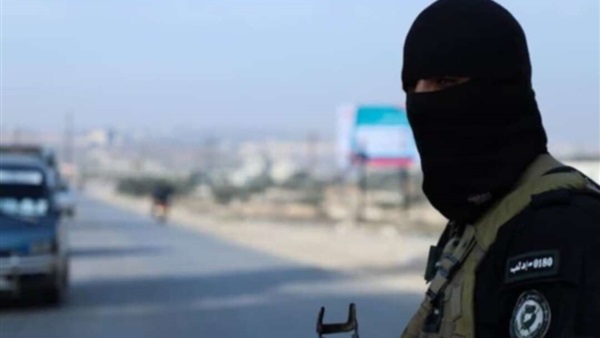 The Islamist militants attacked the radio station for years, because it played music, because it hired women, because its liberal values posed a challenge to Syria’s zealous men with guns.

Lately, though, the attacks on the station have stopped, and its tormentor — a militant group once affiliated with al-Qaeda called Hayat Tahrir al-Sham — is trying to convince Syrians and the world it is no longer as radical or repressive as it once was.

The group, also referred to as HTS, gained notoriety a decade ago as the most formidable Islamist rebel formation trying to topple the government of President Bashar al-Assad. The organization came to represent the dark forces metastasizing during Syria’s civil war: a jihadist movement that drew extremist fighters from around the world and sought to establish an Islamic state.

Now the group says its focus has shifted to providing services to millions of people in Syria’s rebel-held Idlib province through a fledgling government. It severed ties with al-Qaeda five years ago and says it is cracking down on other extremist groups. The founder of HTS, a veteran jihadist once seemingly ubiquitous in military fatigues, these days is photographed wearing suits.

“That faction that used to harass us is trying to show people that they are moderate,” said Abdullah Klido, the chief executive of the radio station, called Radio Fresh. “They are trying to organize things so they appear in the image of a state.”

The unfolding experiment in Idlib provides a rare look at how a militant movement transforms — and rebrands — to survive.

HTS has been pragmatic, recognizing that it needs to cultivate local support, analysts said. It has been calculating, using rhetoric about combating extremism in the hope of appealing to the United States and other governments that still classify it as a terrorist group.

Its goal is to ensure its prominence among the constellation of parties vying for power in a post-conflict Syria by making itself “irreplaceable,” said Orwa Ajjoub, a senior analyst at the Center for Operational Analysis and Research, a political risk consultancy.

Many in Idlib have been left to wonder about the state the militants are building at breakneck speed but with little or no input from the public.

The province has been transformed — not yet into a state but a place settling into ordered routines. Traffic officers stand at intersections. Buses ferry schoolchildren and commuters. Citizens line up at ministries or utility companies, on errands necessary and mundane.

But Idlib’s rulers have been less effective at easing the hardships of everyday life in an enclave where sprawling tent encampments are home to vast numbers of displaced Syrians. The government has failed to steady inflation, and it sparked protests by imposing taxes on olive farmers to augment revenue from import levies. Journalists and others who criticize the government or HTS continue to be arrested for doing so.

Osama Shuman, a 24-year-old rebel fighter on leave from the front, departed a dilapidated public building here on a recent afternoon after registering his marriage, a task that would have been impossible just a few years earlier.

In some ways, it was an empty gesture. The government that recorded the marriage is recognized by no country in the world. Nor did this service solve Shuman’s most urgent problem, which is poverty; he and fifteen family members live crowded together in an unfinished apartment, he said.

But as he stood outside the civil registry ministry, he seemed satisfied by what his errand symbolized.

“There is change,” he said.

Attacks on Radio Fresh were a constant after the outlet’s founding in 2013. The station broadcast music, news and warnings to civilians about government airstrikes. For its troubles, it was bombed by the Syrian military and raided by a variety of Islamist militant groups including the al-Nusra Front, the hard-line militia that eventually became HTS.

Klido, the station’s chief executive, was among many in Idlib who had carefully watched the group’s evolution, beginning with its earliest days as a movement founded in 2011 by Syrian jihadists bent on toppling the Damascus government. He initially saw the group as part of the Syrian revolution — or at least working toward the same goal as more-liberal anti-government opponents like himself who wanted Assad deposed.

“They were there at the beginning. They were famous for fighting. They were very much liked by the public,” he said in a recent interview at the station’s basement offices.

Within a few years, human rights organizations were documenting atrocities associated with the group, including suicide bombings that killed civilians, torture and summary executions. The al-Nusra Front started to “have conflicts with other armed factions, and they all started eating each other,” Klido said. Those conflicts, in the eyes of the rebel groups, “became bigger than the revolution.”

That violent era began to retreat a few years ago, but not before it claimed another victim from Radio Fresh: the station’s founder, Raed Fares, who was killed in 2018 along with a colleague when gunmen sprayed his car with bullets. His colleagues blamed HTS, which denied it was responsible.

For the moment at least, the threat from various rebel factions has eased. “Now, only one faction is in control,” Klido said, referring to HTS. And it seems eager to win public approval.

In one sign of that effort, morality police officers who used to operate with impunity, separating couples and harassing women for their dress, are no longer visible on the streets, he said. But if the militants have eased up on mandating religious ideology, they have doubled down on bureaucracy.

Radio Fresh’s journalists have struggled to obtain press cards, which are now required by a new media directorate. To conduct reporting, such as visiting courts, “we need 100 approvals,” Klido said.

“Anyhow,” he added, “some organization is better than chaos.”

The centerpiece of HTS’s rebranding effort is the Salvation Government, which has ministries overseeing health, education and other services to the public. The militant group decided to set up this government while breaking away from al-Qaeda, and as HTS started to sideline hard-liners within the movement “who thought that transnational jihad was their only option,” Ajjoub said.

“There was this question about how to rule,” he said. As HTS sought to end its status as an international pariah, it “wanted to show it has control of the local population and is solving problems,” he said.

But from the start, there has been skepticism that the government is anything more than a front for HTS. There have been doubts, too, about whether it has the capacity to manage a province that would test even the most capable governors. Idlib is still riven by war, and about 2 million people — half the population — are displaced and struggling to find food and shelter.

Mohammed Khalid, a spokesman for HTS, described the relationship between the group and the government as a “partnership” and said it was conceived in 2016 to provide a decent life to Idlib’s residents as well as to show there was an “alternative to the regime” in Damascus.

The authorities go to great lengths to portray the government as independent from HTS. When reporters recently visited the civil registry ministry and asked why there were fliers on several walls soliciting fighters for HTS, officials said the posters were “old.”

Within half an hour, the fliers had been taken down.

Governing has proved to be a struggle. The education ministry oversees schooling for some half a million students in crumbling or damaged buildings and overcrowded classrooms. Thousands of teachers essentially work as volunteers, since the government does not have the funds to pay them more than a nominal sum each month, said the minister, Bassam Sahyouni. “If we leave children without education, they will be ignorant and fall to extremism,” he said.

The curriculum in the schools includes standard subjects such as science, math, English and history, and was shaped in consultation with international partners like UNICEF, he said. There has been no effort to inject religious ideology into the curriculum, he said.

The schools, however, are making at least one concession to the ultraconservative tide and moving to segregate classrooms by gender, beginning in the first grade, he said.

At the interior ministry, the uneasy division of authority between the government and HTS is apparent. The ministry is nominally in control of some security functions, like regulating traffic rules and managing criminal investigations. But other security matters — like those related to “national security” — fall under the purview of HTS, according to the minister, Ahmed Latouf.

Issues related to “war and peace, and the economy,” remain firmly under HTS control, said Ajjoub, one of several scholars who have argued that authoritarianism is becoming the group’s defining characteristic. HTS has used its authority to crack down on rival rebel groups, including extremist factions, and to detain foreign jihadists operating in Idlib, he said. But it has also pursued those it considers its enemies, including ordinary critics.

After a journalist named Adham Dacharni wrote a Facebook post a few months ago complaining that the government was refusing to grant him a press card, he received a summons to come to the information ministry, he said. When he refused, he was summoned for interrogation and eventually called before a military court.

Dacharni’s interrogators asked why he had made disrespectful comments about the Salvation Government and accused him of being in contact with others who had criticized HTS, he said in a telephone interview. During his trial, he was held in a prison in an electricity building in Idlib city — one of many detention centers that human rights groups say the government and HTS have refused to officially acknowledge.

He was released after serving a sentence of 15 days in prison. Dacharni, who had criticized HTS on Facebook in the past, said the light sentence had not changed his opinion of the group.

“But now I am more careful,” he said