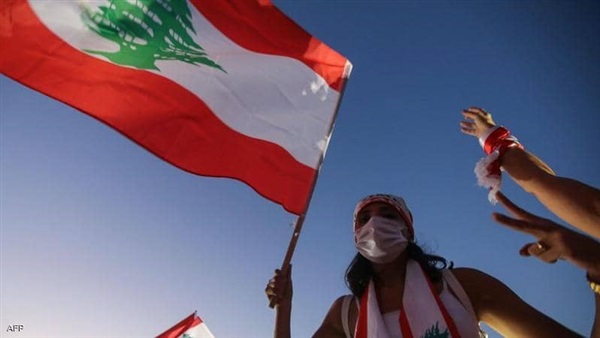 Lebanon has drastically transformed in the past two years. Its economy collapsed, its financial system ruptured, its decades-long relations with Gulf States came to a standstill, and Iran-backed Hezbollah asserted itself as the unquestionable authority in Lebanon. The protests that shook the Lebanese streets in 2019 did not lead to the necessary reforms or political upheaval the country desperately needs. On the contrary, the collapse worsened; however, the protests, combined with the spiraled humanitarian crisis, created change on a more fundamental level, where a nontraditional approach to resolve the crisis is required.

Lebanon’s crisis is not economic or financial—these are consequences of the main problem, which is mostly a political one, represented by the political class in general, and Hezbollah and its arms in particular. The economic crisis can be eventually resolved by a clear set of reforms, established many times by the international community, in the multiple Paris meetings, and institutions such as the International Monetary Fund and World Bank. The problem is not the lack of will to implement these reforms; rather, it is the determination to block them.

Saad Hariri’s government resigned in 2019 due to street protests, then Hassan Diab’s government resigned in 2020 after the Beirut Port explosion, and today, the Najib Mikati government is facing calls to resign due to the recent Gulf diplomatic crisis with Lebanon. But the main issue has always been the inability of any of these governments to implement any reform or act as a sovereign government. While the international community hopes the next government could move forward with reforms, especially as internal and external pressure mounts, the problem lies elsewhere: Hezbollah’s arms are pointed at anyone who dares to act towards reform, accountability, or sovereignty.

Since winning a parliamentary majority in 2018, the Iran-backed military-political organization has consistently prioritized its own interests over those of the Lebanese people through practices such as illicit drug production, smuggling, sex trafficking, and—of course—the buildup of its military arsenal. For Hezbollah, corruption is high policy. Through corruption, Hezbollah weakens state institutions and builds allegiance in Lebanese communities to its political bloc and sect rather than to the state. Hezbollah prefers a Lebanon that looks more like the Shia community it has worked so hard to isolate: a Lebanon that lacks diversity, freedom, and agency. Since the 2019 protests, the group is no longer hiding its strategy—they are the authority and they will not let go.

One striking example of the powerlessness of state institutions and Hezbollah’s post-2019 strategy is the port blast investigation, headed by Judge Tarek Bitar. Things started to get ugly when Bitar summoned political and security officials for questioning and issued arrest warrants against others. Hezbollah has since led a political campaign against the judge and even sent its top security official, Wafiq Safa, to threaten him. When Bitar refused to budge, Hezbollah tried a different approach: street clashes, manifested in the Tayouneh incidents of October 2021, where the looming ghost of the civil war still lingers.

However, the group’s political and military might come with many challenges. First, Hezbollah’s main allies—the Free Patriotic Movement (FPM) and the Amal Movement—lost much of their public support. According to polls conducted in Lebanon, FPM, which used to enjoy the support of more than fifty percent of the Lebanese Christian street, does not have more than thirteen percent of Christian support today. Without its allies, Hezbollah cannot win the majority in the next parliamentary elections—scheduled for March 2022. The group and its allies will try to postpone or cancel the elections if they cannot maintain the status quo, and they can try to create security incidents or use the economic crisis to avoid elections.

Second, Hezbollah no longer enjoys the blind support of the Shia community. The lack of a political alternative for the Shia will make it easier for the group to maintain its hegemony within this community, but the Shia alone cannot win them the majority. More fundamentally, Hezbollah lost its appeal as the father figure for the Shia. In the eighties, the group presented itself to the community as the father—the provider and the protector—and asked the Shia for allegiance in return for power, status, and services. This image has been damaged by the financial difficulties they are facing due to U.S. sanctions on Iran, the protection they provide for corruption, and the exposure of their illicit activities, mainly smuggling and drug production.

Social services have been put on hold due to financial difficulties and lack of access to hard currency. Only Hezbollah’s military commanders and full-time fighters are being paid in USD—while the rest are being asked to be patient. The gap among the Shia (Hezbollah vs. non-Hezbollah members, military vs non-military members, Amal vs. Hezbollah) is growing and generating serious internal challenges.

Third, “Resistance” is dead. For Hezbollah, the threat of missiles and rockets is now more powerful than the missiles and rockets themselves. They realize that with Iran’s limited financial capabilities and Israel’s increased attacks on their military bases and facilities in Syria, it will be very difficult to replace the weapons they have. After years of deployment in the region and huge losses in its fighters and military personnel, it now lacks a robust, disciplined fighting force, the rebuilding of which will take years.

The group also knows that the next war with Israel will not lead to the 2006 “divine victory,” and it will not be followed by immediate reconstruction. But most importantly, Hezbollah understands that Lebanon, the Lebanese people, and mainly the Shia community will never forgive them if they are dragged into another war with Israel.

That’s why Hezbollah’s leader Hassan Nasrallah always threatens war but will not take that risk. His recent announcement that the organization has one hundred thousand fighters, although a clear exaggeration, is mainly considered a political message to its internal and external enemies—a threat of war, rather than a genuine possibility.

Lebanon is paralyzed in the midst of these challenges facing Hezbollah, which will not allow any reforms, elections, or financial restructuring until the Iran-backed organization resolves its own challenges and finds a way to protect its power and maintain the status quo. This means that focusing on reforms at this point without tackling the political factors hindering it is a waste of time.

There are available tools for the international community to achieve short-term and long-term objectives in Lebanon, beyond the humanitarian aid approach, which is vital, but they will not resolve the roots of the problem. If stability and security are indeed policy objectives in Lebanon, then the U.S. could use the leverage of aid (security and humanitarian) to pressure the political class.

First, push for robust international observation of the elections, but more importantly, make sure elections happen on time and in a safe environment. The recent Iraqi elections raised some eyebrows in Beirut and many political parties are worried about the outcome. Many Lebanese want to vote for change, and for the first time, a real alternative is presented. This is an opportunity that should not be missed, but it needs to be protected.

Second, safeguard the small space of accountability left by protecting Judge Bitar and help with his investigation of the Beirut port explosion. This will also bolster a relatively independent part of the judiciary and a small space of accountability within one state institution that could help reduce the risk of violence, protect independent candidates, and bolster other struggling institutions, especially ahead of the elections.

Third, make use of sanctions to target corrupt figures, in addition to those hindering reforms and the path for change. In October, the U.S. Treasury imposed sanctions on businessmen Jihad al-Arab and Dany Khoury, close to former Lebanese Prime Minister Saad al-Hariri and head of FPM Gebran Bassil respectively, for alleged corruption related to state contracts. MP Jamil Sayyed was sanctioned for seeking to “skirt domestic banking policies and regulations” and transfer $120 million abroad, “presumably to enrich himself and his associates,” according to Treasury.

These sanctions were particularly welcome by the Lebanese people as they targeted corruption across the board. But more sanctions like these are needed ahead of the elections, both as good messaging to the people and to warn against violations. In addition, as the Europeans have finally established a sanctions framework for Lebanon, it would be helpful if the U.S. and the EU could coordinate and impose more corruption-related sanctions in tandem. When the EU joins this campaign, it will certainly become more effective.

Fourth, the U.S. security aid to the LAF is vital, but it is also the only real leverage that the U.S. has in Lebanon. It is tricky to condition the aid at this point, especially with the military institution undergoing its own financial challenges and political pressure, but it is important that certain elements within the army institution do not benefit from the assistance, mainly the military court, which is responsible for prosecuting journalists and activists, and hindering justice and accountability.

In the long term, a policy for Lebanon is needed to contain Hezbollah and establish security in a very volatile time and place. This requires more than humanitarian aid and sanctions. A longstanding policy requires serious changes to the traditional tools at hand that reflect the fundamental changes in Lebanon’s political scene and the Lebanese people’s shifting attitudes and aspirations, mainly within the Shia community.

Even if Washington continues to attempt to negotiate a new nuclear deal with Tehran, Hezbollah’s current weakness presents a strategic opportunity to alter the balance of power in Lebanon, and promote political diversity. Hezbollah is losing power and legitimacy because of U.S. sanctions and the spread of domestic political protests. It is losing the value of its resistance rhetoric because of its inability to retaliate against Israeli attacks. And it is losing the support of the bulk of Lebanon’s Shia, who now only comply out of fear, no longer out of true belief. Lebanon’s crisis and Hezbollah’s challenges are linked, and both present opportunities for change.