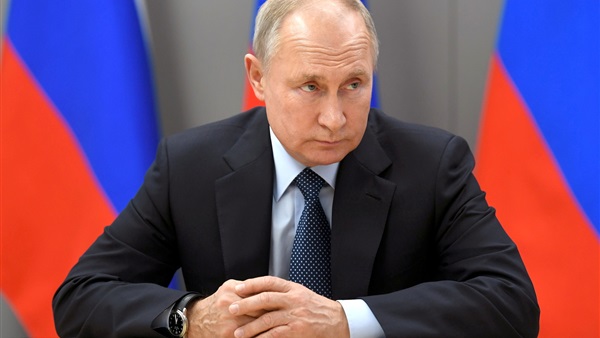 In a wooden cabin a few miles from the Belarus border a group of three medical workers await a summons to the forest. Sometimes the call comes from an aid group, sometimes from a local resident. They will be racing to the aid of refugees, largely from Syria, Iraq and Yemen, who are probably suffering from hypothermia caused by temperatures that plunge overnight to well below freezing.

“So far we must have treated 200 to 300 people, most of whom we can help on the spot,” said Jakub Sieczka, an anaesthetist from Warsaw, who in September set up Border Aid, a group of 33 volunteers who take it in turns to work 24-hour shifts in the cabin near Hajnowka in southeast Poland. “But sometimes their condition is so bad, they would die if we just left them in the woods.”

They have taken at least 15 to hospital, among them a 24-year-old Syrian woman now in intensive care after her hypothermia turned to pneumonia, and a 60-year-old Yemeni man with sepsis. The youngest was just 14. Often the refugees resist: once someone is put in an ambulance, the group is required to notify border guards, who have turned up at the hospital, forced people to leave and sent them back to the border. “This is completely against international law,” Sieczka said.

The refugees are tools of President Lukashenko. For months the Belarusian strongman has been mounting an unconventional attack on the West by luring migrants to Minsk to engineer an immigration crisis for his EU neighbours.

Now, as Vladimir Putin, the Russian president, throws his weight behind Belarus, the standoff risks escalating far beyond Poland, Latvia and Lithuania, which between them share more than 650 miles of border with Belarus.

“Lukashenko can’t win, but he will make this situation as nasty as he can,” said Ingrida Simonyte, the prime minister of Lithuania, which has declared a state of emergency on its border with Belarus, following a similar move by Poland.

“This is a problem for all of us, because this is the eastern border of the EU.”

Simonyte said she was in little doubt Lukashenko was co-ordinating his actions with the Kremlin. Russia, she noted, had pioneered the “weird and sick tactic” being used by Lukashenko. During Europe’s previous migrant crisis in 2015, Russia had let migrants cross its land border with Norway in an apparent attempt to destabilise that country.

This weekend as many as 4,000 migrants are trapped in the forest between Belarusian and Polish border forces after being tricked into paying thousands of pounds for what they thought would be an easy route into Europe. Polish police said yesterday the body of a young Syrian had been found near the border, pushing the death toll toward double figures.

The refugees’ plight has provoked a massive humanitarian response in Poland, exemplified by Sieczka’s group of medical volunteers. Within days of launching a fundraising drive last month they had more than €80,000. One member who owns a medical company lent them an ambulance, though to reach patients in more inaccessible parts of the woods they use a Toyota 4x4 or walk for an hour or more. Their work is further complicated because they are not allowed to enter the security zone several miles deep along the border.

Poles living in the area have been urged to display green lights outside their homes so migrants know it is safe to approach for food and shelter. “We, the inhabitants of the borderland, who see human drama and suffering, do not have to calculate what to do,” the campaign’s organiser, Kamil Syller, told the newspaper Gazeta Wyborcza. Syller, a lawyer, added: “We must remain human.”

Such sentiments are anathema to Poland’s conservative government, which, along with its ally, Hungary, has long adopted a hard line against immigration and rejected the more liberal stance of western EU members.

Like Sieczka’s medics, journalists and aid workers are barred from entering the border zone, but footage filmed by Polish authorities and widely aired on state television shows migrants pressed up hard against rows of barbed wire, which they sometimes attack with bolt-cutters. It is juxtaposed with interviews in which ordinary Poles praise the work of border guards, who are accused by human rights groups of heavy-handed tactics.

Some migrants who have made it through say they did so with the help of the Belarusians. The Polish border guard service said yesterday Belarusian soldiers had torn up a section of the temporary fence erected by Poland to deter migrants. The Poles also claimed their opposite numbers were using lasers and strobe lights to try to blind them.

Among those caught in the middle is Nabil Dalo, 33, a Kurd who left his home in Sulaymaniyah, northern Iraq, at the end of last month with a group of friends. An acquaintance had given him the phone number of an agent, who arranged his visa and flights to Minsk via Dubai for $4,500. From there he had planned to take a taxi to the border, cross into Poland and, after travelling through Germany and France, smuggle himself into Britain to join friends and family already there.

Instead he and his friends were stopped at the frontier by Polish soldiers, who threw tear gas when they tried to break down part of the fence. Behind them were Belarusian soldiers, who refused to let them go back.

On Thursday Dalo was spending his fifth day in the woods. Around him were hundreds of families. “I can see a lot of women and children,” he said, speaking quietly so nearby soldiers would not hear him. “There is lot of smoke because we made fires. It is so cold.

“There are four fences, and two of them are very, very tight — not even a mouse can go through. They have very intensive security there. The Polish soldiers are just ten metres away.”

Britain and other European countries have strongly condemned Belarus, which began to weaponise the migrant issue in summer after the EU imposed sanctions in response to rigged elections a year earlier had that reconfirmed Lukashenko as president after more than a quarter of century rule.

Pavel Latushka, a former Belarusian ambassador turned critic of the regime, claimed it had trained Afghans and Iraqis to carry out armed attacks on the Polish border, with the assistance of the GRU, Russia’s military intelligence service.

Last week the Kremlin sent 250 paratroopers to conduct joint manoeuvres with the Belarusian army close to the Polish border. On Thursday Lukashenko threatened to cut off supplies of Russian gas flowing through his country to Europe.

Britain has dispatched a dozen Royal Engineers to advise the Polish army on building stronger fences, the MoD said. The deployment of the troops from their base 75 miles west at Orzysz, although “limited to engineering support”, is the first by any of Poland’s Nato allies.

Five hundred miles to the east, about 90,000 Russian troops are stationed near the frontier with Ukraine. On Wednesday Antony Blinken, the US secretary of state, voiced concern that Russia might be preparing to invade, as it did in 2014.

Putin clearly relishes the West’s discomfort, but there are limits to his support for Lukashenko, whom he sees as something of a loose cannon. Putin said yesterday his ally might have “just got too emotional” when he made the gas threat, adding: “I want everyone to know: we have absolutely nothing to do with this.” The Russian leader also claimed Angela Merkel, the German leader, might be prepared to talk to Lukashenko, but there was no confirmation of this from Berlin.

The EU appears in no mood to make concessions to Lukashenko and is likely to agree tomorrow on reprisals that will reportedly include sweeping sanctions against scores of Belarusian officials as well as on Cham Wings, a Syrian airline accused of flying migrants from Damascus to Minsk, and on a hotel in the Belarusian capital where many of them stay.

This reflects a conviction by European governments that stopping flights is the only way of stopping Lukashenko. Under pressure to act, Turkey banned all Syrian, Yemeni and Iraqi citizens on Friday from taking planes to Minsk. The Iraqi foreign ministry also halted all direct flights to Belarus and said it would organise trips to collect citizens who wished to return home from the Belarus-Poland border.

For the past months the EU has been locked in an escalating dispute with the Polish government over what Brussels has claimed is its disregard for the rule of law, provoking a political crisis some fear could end in “Polexit” — an idea dismissed by Warsaw as “fake news”.

The country’s pariah status seemed forgotten on Wednesday, when Charles Michel, the president of the European Council and no fan of the Polish government, travelled to Warsaw to express solidarity with the government and pose for photographs with Mateusz Morawiecki, the prime minister.

Asked about the apparent mixed messages from Brussels, Simonyte said the two issues should be treated separately. “Whatever debate is going on at EU level about the rule of law or other issues, [Belarus’s activity on the border] is a problem not for Poland, but is about putting pressure on the whole EU to lift sanctions that have been introduced for very significant breaches of human rights.”