A Million Afghan Children Could Die in ‘Most Perilous Hour,’ U.N. Warns 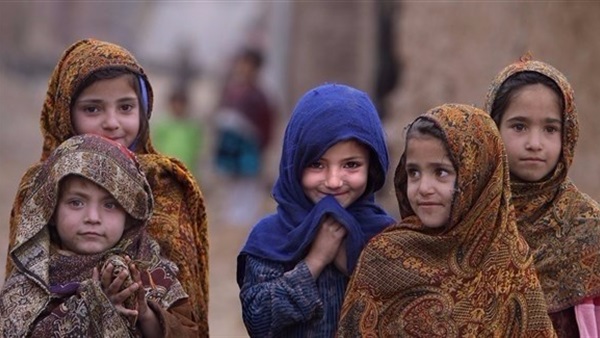 Millions of Afghans could run out of food before the arrival of winter and one million children are at risk of starvation and death if their immediate needs are not met, top United Nations officials warned on Monday, putting the country’s plight into stark relief.

Secretary General António Guterres, speaking at a high-level U.N. conference in Geneva convened to address the crisis, said that since the Taliban takeover in Afghanistan last month, the nation’s poverty rate has soared and basic public services have neared collapse and, in the past year, hundreds of thousands of people have been made homeless after being forced to flee fighting.

“After decades of war, suffering and insecurity, they face perhaps their most perilous hour,” Mr. Guterres said, adding that one in three Afghans do not know where they will get their next meal.

The deepening humanitarian crisis tops a dizzying array of challenges confronting the new Taliban regime as it navigates governing a country propped up for decades by aid from international donors.

Speaking to the news media on Monday afternoon, Mr. Guterres said more than $1 billion in aid pledges had been made at the meeting by the international community, which is still grappling with how to work with an organization like the Taliban, with a history of brutality and human rights abuses.

Across the country, the telltale signs of a humanitarian crisis have grown more and more pronounced each day. In Wardak Province, less than an hour’s drive west of Kabul, Afghanistan’s capital, the Taliban’s military campaign brought the local economy to a standstill this summer. Weeks after the Taliban seized power, most cross-border trade and many local businesses have yet to reopen — leaving many without any income even as food prices soar.

“There is security now, we are happy about that,” said Zakaria, a villager in Wardak Province’s Chak district and a former Taliban fighter who was serving a 16-year sentence in Pul-e-Charkhi Prison in Kabul when the Taliban seized power and freed inmates. “But there is no work, the people are not able to make any money,” he added.

The price of flour doubled at the local market, Zakaria said. Villagers stopped cooking chicken and other meat — now a luxury — in favor of less expensive meals of beans and rice. Many started eating less, uncertain how they will pay for their next meal.

Even as widespread malnutrition looms, the hospitals that once treated people for starvation now face potential collapse. At a local hospital in Chak-e Wardak, administrators have been unable to pay salaries or purchase new medicines with banks still closed, according to Faridullah, the facility’s resident doctor.

“Most of our medicine, facilities and livelihood are provided by foreign countries,” Dr. Faridullah said. “We have no shortages in the hospital now, but our own facilities and personnel depend on funds coming from abroad and we can’t access them.”

The prospect of humanitarian catastrophe long looming over the nation now poses an immediate threat to its children.

“Nearly 10 million girls and boys depend on humanitarian assistance just to survive,” Henrietta H. Fore, the executive director of UNICEF, said at the conference. “At least one million children will suffer from severe acute malnutrition this year and could die without treatment.”

Even before the Taliban swept across the country and took control of the government, Afghanistan was confronting a dire food crisis as drought enveloped the nation.

On Monday, in his first public remarks to Congress, Secretary of State Antony J. Blinken defended the Biden administration’s withdrawal from Afghanistan, saying there was no reason to believe the country would have stabilized had the United States remained.

“There’s no evidence that staying longer would have made the Afghan security forces or the Afghan government any more resilient or self-sustaining,” Mr. Blinken told the House Foreign Affairs Committee, in a live teleconference call. “If 20 years and hundreds of billions of dollars in support, equipment, and training did not suffice, why would another year, or five, or 10, make a difference?”

Mr. Blinken said the Biden administration would not abandon Afghanistan, and on Monday, Linda Thomas-Greenfield, America’s ambassador to the United Nations, promised $64 million in new funding for food and medical aid.

The World Food Program estimates that 40 percent of Afghanistan’s crops are lost. The price of wheat has gone up by 25 percent, and the aid agency’s own food stock is expected to run out by the end of September.

The suffering wrought by conflict and made worse by climate change has been compounded by the uncertainty that has accompanied the Taliban’s ascent, with many international aid workers having fled the country out of safety concerns. Those who remain are unsure if they will be able to continue their work.

During the conference on Monday, the U.N. said it needed $606 million in emergency funding to address the immediate crisis, while acknowledging that money alone will not be enough. The organization has pressed the Taliban to provide assurances that aid workers can go about their business safely. By the end of the gathering, international pledges had surpassed the amount requested.

But even as the Taliban sought to make that pledge, the U.N.’s human rights chief, Michelle Bachelet, also speaking in Geneva, said Afghanistan was in a “new and perilous phase” since the militant Islamist group seized power.

Monday’s conference was also intended to drive home the enormousness of the crisis and offer some reassurance to Western governments hesitant to provide assistance that could legitimize the authority of a Taliban government that includes leaders identified by the U.N. as international terrorists with links to Al Qaeda.

“We assure you that we will remove previous and current impediments in front of your assistance and all related projects working under supervision of U.N and other international organizations in Afghanistan,” the Taliban said in commitments that Mr. Griffiths read out to the conference. The Taliban also promised to protect the life and property of humanitarian workers and safeguard their compounds.

. On Sunday, Taliban authorities sent assurances that they would facilitate humanitarian aid deliveries by road, he said.

Despite the risks, U.N. relief organizations are still working in the country and are among the few international lifelines remaining for hundreds of thousands in need.

Since coming to power, the Taliban have been largely isolated — both politically and economically — from the rest of the world.

The World Bank halted funding for new projects, the International Monetary Fund suspended payments to Afghanistan and the Biden administration has frozen the assets of Afghanistan’s central bank that are held in the United States.

While China has made friendly overtures to the Taliban and offered some $30 million in assistance, that is a fraction of the aid the country was slated to receive before the Taliban takeover.

At a gathering in November 2020, donor nations committed some $12 billion in assistance to Afghanistan over four years.

While the Taliban did not have a representative in Geneva for the meeting, Zabihullah Mujahid, the Taliban’s deputy information and culture minister, said the government welcomed all humanitarian efforts by any nation, including the United States.

He also acknowledged that not even the Taliban expected to be in control of the country so quickly.

“It was a surprise for us how the former administration abandoned the government,” he said. “We were not fully prepared for that and are still trying to figure things out to manage the crisis and try to help people in any way possible.”

More than half a million Afghans were driven from their homes by fighting and insecurity this year, bringing the total number of people displaced within the country to 3.5 million, Filippo Grandi, the U.N. refugee chief said.

The danger of economic collapse raised the possibility of stoking an outflow of refugees to neighboring countries.

Said, 33, lived in Kunduz before fleeing to Kabul, where he now lives in a tent in a park. He has been there with his wife and three children for a month.

“It’s cold here, we have no food, no shelter, and we can’t find a job in this city,” he said, adding that he had not received any aid. “We all have children and they need food and shelter, and it’s not easy to live here.”