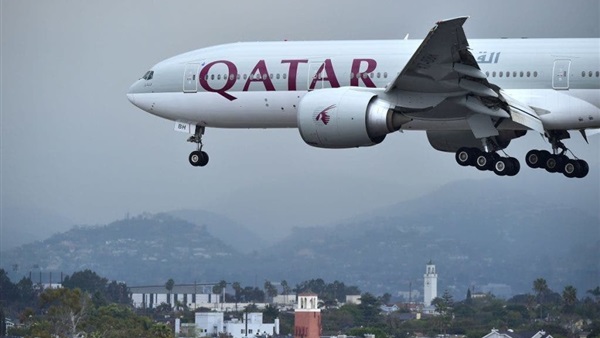 For a carrier that prides itself on the “five-star airline rating” granted by the ranking site Skytrax, Qatar Airways has surprised the global airline industry during the coronavirus crisis by flying headlong into a PR disaster.

At a time when almost every airline in the world was reeling from a travel slowdown and financial hemorrhage, Qatar’s state-owned flag carrier had the option of taking the path of least turbulence.

Instead, for reasons perhaps known only to top management at the airline’s headquarters in Doha, Qatar Airways has bet on a strategy that fuses virtue signaling and corporate bullying.

This is no surprise given Qatar’s well-documented record of simultaneously exploiting foreign migrant workers and making solemn public pledges to improve their rights.

Take the announcement of free tickets to 100,000 doctors and nurses to any destination it flies around the world.

On the face of it, the concept — picturized with the help of models stylishly posing as health-care professionals — demonstrates Qatar Airways’ appreciation of frontline workers who have been risking their lives since the coronavirus pandemic hit.

And at a time when carriers across the world are facing severe cash-flow problems as a result of airport shutdowns and passenger-traffic collapse, CEOs and CFOs can hardly be faulted for trying to think outside the box.

But Qatar Airways’ free-tickets scheme smells so strongly of an attempt to divert media attention away from its mid-pandemic cost-cutting exercise, it is not just cynics who have dismissed it as too clever by half.

Ditto for Qatar Airways’ claim in March, when its competitors were cutting flights from their schedules, that it was adding extra seats back to its network because its mission was to “reunite stranded passengers with their loved ones.”

These stunts have collectively succeeded in drawing additional scrutiny of the carrier’s handling of its cutbacks and treatment of its flight crew, to say nothing of the pervasive violation of workers’ rights by Qatari companies.

“We had no choice. We were forced to work on these flights or be fired. Managers would threaten us using abusive language, saying things like, ‘Take this flight or go back to your third-world country’,” said a Qatar Airways flight attendant from a South Asian country who did not want to be identified for fear of losing her job.

“Some staff with good looks or who are favorites of the management, especially Europeans, were asked to stage an act for CNN that (suggested) we were very happy flying health-care workers. They were paid very generously to do so, despite the fact that they didn’t necessarily serve on the flights or take any risks. But the (cabin) staff that were forced to work on those flights were given only threats.”

Analysts say the horror stories of freshly fired or under-pressure Qatar Airways employees reflect badly on a company that has played a key role in anchoring Doha as a commercial and international travel hub.

Qatar Airways Group, which counts the airline among its assets, had 46,684 employees at the end of its last reported financial year in March 2019.

By its CEO Akbar Al-Baker’s admission, Qatar Airways will cut nearly 20 percent of its workforce.

Referring to the jobs being eliminated, he said in a recent interview with the BBC: “For me to let them go is really painful, but we have no other alternative.”

The words “really painful” probably do not even come close to describing how those at the receiving end of the wage and staff cuts feel.

The feeling is all the more “painful” as the layoffs coincide with a $10 billion lifeline thrown by the Qatari government to ideological ally Turkey, whose foreign-currency reserves have been drained by the coronavirus crisis.

Unofficial accounts suggest planned redundancies among Qatar Airways’ cabin crew staff could be as high as 5,000.

One criterion for deciding who will go, judging by social-media chatter, is whether they have served the airline for more than 15 years.

This has reinforced the notion, rightly or wrongly, that ageism is entrenched in Qatar Airways’ hiring and firing policies.

The quirky Al-Baker has never been shy about his views on the topic, having bragged in July 2017 that the average age of the airline’s cabin crew was “only 26 years” as opposed to the “grandmothers” who serve on American airlines.

Efforts by Arab News to get Qatar Airways’ side of the story did not elicit a response by the time of publishing.

However, one thing the airline need not worry about is being held to account by Qatari government authorities.

As recently as February, Human Rights Watch (HRW) called out authorities in Doha for failing to act against a Qatari employer that did not pay its managerial staff for five months, and its laborers for two months, before workers publicly complained.

“The findings expose a systemic failure that has a bearing on all employers operating in Qatar,” HRW said.

Michael Page, deputy Middle East director at HRW, put it bluntly: “Qatar has passed some laws to protect migrant workers, but the authorities seem more interested in promoting these minor reforms in the media than in making them work.”

Late last year, an Amnesty International investigation into three Qatari companies involved in construction and cleaning resulted in a 52-page report titled “All work, no pay: The struggle of Qatar’s migrant workers for justice.”

The UK’s Guardian newspaper said Amnesty International believed the true scale of the problem was probably far bigger, and quoted its deputy director of global issues as saying: “For all Qatar’s promises of labor reform, the rhetoric did not match the reality on the ground.”

Unsurprisingly, while many airlines are planning for a partial resumption of services by mid-June with the full gamut of precautionary health measures, Qatar Airways is focused on generating buzz for a coronavirus-era business model.

It has released photos to the media of its on-board staff clad in full body personal protective equipment (PPE) suits that they will be using on flights from May 25.

The move comes as part of new safety precautions that the airline says are designed to minimize interaction between passengers and crew.

“As an airline, we maintain the highest possible hygiene standards to ensure that we can fly people home safely during this time and provide even greater reassurance that safety is our number one priority,” Al-Baker said in a statement accompanying Qatar Airways’ latest gambit.

Qatar Airways released photos to the media of its on-board staff clad in full body personal protective equipment (PPE) suits that they will be using on flights from May 25. (Supplied by Qatar Airways social media)

Left unsaid was whether the on-board staff would have the right to opt out of the high-altitude experiment.

It would be unfair, however, to single out Qatar Airways for mishandling the situation when the country whose flag carrier it is has become a case study in coronavirus-crisis mismanagement.

With the number of infections crossing the 34,000 mark, tiny Qatar (population 2.7 million) has the second-highest caseload among Gulf Cooperation Council member states.

This week, the Qatari government admitted that 12 COVID-19 cases had been found in a jail after it was warned that other prisoners could be at risk of contracting the disease.

Employees of Qatar Aviation Services (QAS), wearing protective gear as a safety measure during the COVID-19 coronavirus pandemic, walk along the tarmac after sanitising an aircraft at Hamad International Airport in the Qatari capital Doha on April 1, 2020. (AFP)

On March 31, a coalition of 16 NGOs and trade unions wrote to Qatar’s prime minister demanding adequate protection for foreign migrant workers amid reports of an outbreak of infections in Doha’s rundown Industrial Area.

Now, more than ever, (Doha’s) promises need to be implemented and rights of migrant workers — who helped build Qatar’s economy and cared for its families — should be protected,” wrote HRW.

Between them, the country’s government and Qatar Airways clearly have a lengthening list of promises to keep — or break.