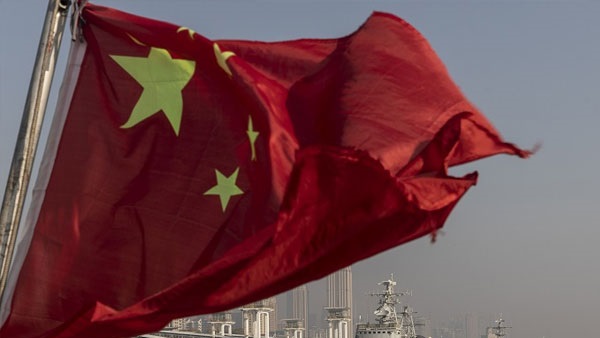 China has abandoned setting a target for GDP growth for the first time in decades, citing “great uncertainty” caused by the coronavirus pandemic, an acknowledgement of steep challenges the country faces amid a struggling economy and increasing international hostility.

China’s national parliament, its most important political event of the year, has been overshadowed by accusations Beijing should be held responsible for the outbreak and concerns about unemployment as the country attempts to restart its economy.

“We have not set a specific target for economic growth this year. This is because our country will face some factors that are difficult to predict in its development due to the great uncertainty regarding the Covid-19 pandemic and the world economic and trade environment,” Chinese premier Li Keqiang said at the opening of the National People’s Congress (NPC) in Beijing on Friday.

This marks the first time since 1990, when China began publishing GDP goals, that the leadership has not named a target. He said his government would instead “give priority to stabilising employment and ensuring living standards”.

Li said China’s economic growth, which shrank 6.8% in the first quarter, the first contraction since at least 1992, was expected to drop more in the current quarter. He cited disruptions to supply trains, international trade and volatility in commodity markets as well as declines in domestic consumption, investment and exports.

Instead of GDP growth, Li announced other targets including a 3.5% increase in inflation, more than 9m new urban jobs and a registered urban unemployment rate of around 5.5%. Beijing will also aim for personal income growth in line with economic growth, and the elimination of poverty among all rural residents.

The opening of the NPC, the country’s rubber-stamping legislature where thousands of delegates gather to pass already approved legislation, is meant to be a powerful display of the government’s power and leadership under the Chinese communist party, led by Xi Jinping.

But this year, it was delayed for almost three months because of the coronavirus outbreak and has been shortened. A surprise announcement that Beijing will pass legislation to force Hong Kong, wracked by pro-democracy protests for the last year, to pass national security legislation has earned widespread international condemnation.

At home, economic struggles could threaten social stability and the party’s hold on power. Analysts believe the proportion of unemployed people may be as high as 10%, much higher than official figures. A failure to meet pledges such as doubling GDP from 2010 to 2020 could also dent the ruling party’s legitimacy. Xi has made eradicating poverty and establishing a “moderately prosperous society” by 2020, one of the his government’s main goals.

Before the pandemic, China was expected to report a 6% growth target, which would put it on track to meet its promise. Li did not say whether that growth figure was still a target but said the country had in the past year “laid the crucial foundation needed to reach the goal of building a moderately prosperous society in all respects.”

Li reported the deficit-to-GDP ratio this year was projected to exceed 3.6%, and the deficit to increase by 1 trillion yuan more than last year. “Governments at all levels must truly tighten their belt,” he said.

Li, while praising China’s response to the pandemic, said there was “still room for improvement in the work of government,” a rare admission of missteps that caused levels of public anger not seen in years. Angry residents and critics have pointed out that whistle blowers were punished while early warnings were suppressed and delays in alerting the public allowed the virus to spread, leading to more than 4,000 deaths and more than 80,000 infections, according to official figures.

“Pointless formalities and bureaucratism remain an acute issue. A small number of officials shirk their duties or are incapable of fulfilling them. Corruption is still a common problem in some fields,” Li said.

“During the Covid-19 response, many weak links have been exposed in public health emergency management, and the people have expressed their views and suggestions, which deserve our attention. We must strive to improve our work and fulfil our responsibilities and make every effort to live up to the people’s expectations.”