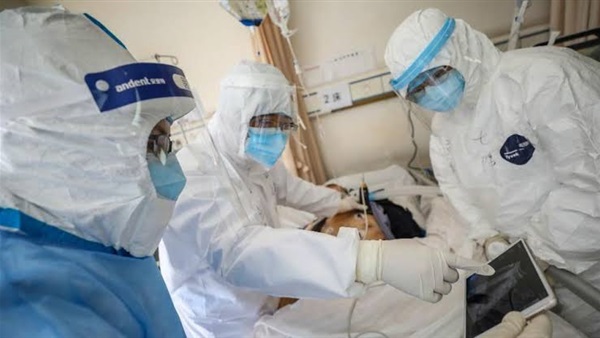 Far-right movements are exploiting the coronavirus crisis to push their anti-minority agendas and win new support.

A report by Zinc Network, a communications agency that tracks disinformation and propaganda, suggests there has been a clear pivot among far-right groups in the UK, EU and US to “utilise the pandemic to bring new relevancy, attention and support for their key grievances”.

“The evidence we’ve uncovered shows that far-right groups in the UK are using Covid-19 to promote a British form of fascism,” said Louis Brooke, executive director of research and strategy at Zinc Network.

“Their tactics are sophisticated, and their activity is becoming more difficult to monitor, partly due to the use of private messaging apps to share disinformation and propaganda. We’re seeing the dissemination of material claiming that immigrants spread coronavirus, and that authoritarian regimes outperform western liberal democracies in tackling the health crisis.”

Zinc Network said British far-right groups such as Britain First and the Knights Templar International, as well as the BNP’s former leader, Nick Griffin, have used the crisis to promote themselves as supporters of the community during the lockdown. Griffin has posted images of himself on social media distributing food parcels.

Zinc Network, which in the past has attracted scrutiny for its work promoting the Home Office’s anti-radicalisation strategy, Prevent, studied social media posts, photos, videos, journals, official records and media reports to produce the analysis.

It said one key narrative being pushed by the far right is that the spread of coronavirus is the consequence of illegal immigration. Allied to this is the claim that nations with tightly-controlled borders are better prepared to deal with the pandemic. Another is the premise that modern liberal states are on the verge of collapse, and that their fall can be accelerated through armed action or by a major crisis.

The promotion of survivalist material by far-right groups is also becoming a trend. Zinc says neo-Nazi publisher Arktos has been publishing updated and expanded editions of far-right survivalist texts.

A favoured tactic among far-right groups is to put fake documents into circulation, designed to look like real medical or government communications. According to Zinc’s monitoring, far-right Telegram channels have been instrumental in circulating a fake scan of a positive Covid-19 test for the former vice-president and Democratic presidential candidate Joe Biden.

The same channels have also been distributing government pandemic response documents with a view to helping would-be attackers plan their actions.

Some far-right organisations are using the crisis to impersonate other groups, Zinc claims. Fake Extinction Rebellion flyers have been found in several cities in the UK proclaiming “Corona is the cure – humans are the disease”.

Most of the leaflets condemn immigration, with some calling for the public to “learn about the JQ” – the “Jewish question”. Others promote conspiracy theories or deny the Russian novichok attack in Salisbury.

Brooke said: “These extremist groups are using the coronavirus as an opportunity to further their ideological objectives by spreading fear and division and exacerbating social tensions.”