History of the Violent Activities of Muslim Brotherhood in Algeria 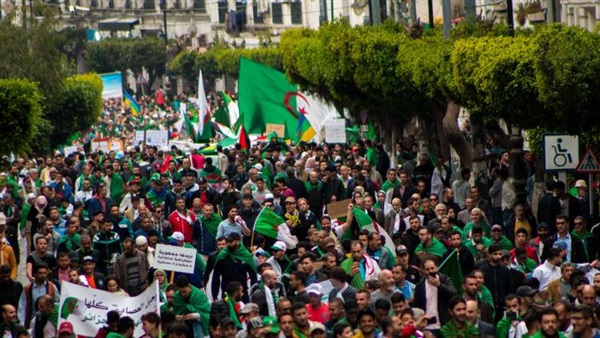 Soltani and Sahnoun are purportedly inspired by the works of Egyptian ideologue Sayyid Qutb.

Soltani and Sahnoun—as well as Islamist cleric Abassi Madani—establish a reading group in Algeria known as al-Qiyam (“the Values”).

Al-Qiyam calls for the cleansing of anti-Islamic practices in the country and advocates for the closing of shops during prayer hours.

The organization serves as a precursor to the political party Nahnah will found during the 1990s.

The Muslim Brotherhood launches Harakat li-Mujtama’ al-Islami (a.k.a. Hamas), or in English, the Movement for an Islamic Society (MSI).

The MSI garners 5.3 percent of the vote during the country’s legislative elections.

With the start of the Algerian civil war in 1991, Nahnah supports the Algerian government’s decision to interrupt the 1992 electoral process.

Hamas reorganizes under the name the Movement Society for Peace (MSP), after the Algerian government issues a ban on the ideological use of Islam.

The MSP comes in fourth in the country’s legislative elections, earning 7 percent of the vote and 69 seats in parliament.

Nahnah is prevented by the Algerian government from running in the 1999 presidential elections.

He fails to meet the deadline proving that he fought against the French during Algeria’s war for independence. The MSP rallies behind Abdelaziz Bouteflika and subsequently joins up with other government coalitions.

Nahnah is prevented by the Algerian government from running in the 1999 presidential elections.

He fails to meet the deadline proving that he fought against the French during Algeria’s war for independence. The MSP rallies behind Abdelaziz Bouteflika and subsequently joins up with other government coalitions.

As part of the Presidential Alliance coalition, the MSP wins 7 percent of the vote.

Due to the MSP’s power-sharing strategy following the 1997 ban on the MSP, however, the party gains only 38 seats in parliament.

Nahnah dies. He is replaced by Algerian professor Bouguerra Soltani.

Allies with two secular parties which have kept Bouteflika in power since 1999.

The MSP wins 13.36 percent of the vote in Algeria’s legislative elections, earning 52 out of 389 parliamentary seats.

Abdelmadjid Menasra and other MSP members blame Soltani for supporting Bouteflika’s appeal for a third-term without obtaining consensus from the party.

Soltani’s support for Algerian president Abdelaziz Bouteflika leads to a rift within MSP and the founding of a breakaway party, the Movement for Preaching and Change.

The MSP withdraws from the presidential alliance and joins the Green Algerian Alliance (GAA), a coalition of several Algerian Islamist parties, including the MSP as well as El-Islah and the Islamic Renaissance Movement (IRM).

Running as part of the GAA in Algeria’s legislative elections, the MSP wins 48 out of 462 seats.

Abderrazak Makri takes over as president of the MSP.

Under his stewardship, Makri seeks to portray the MSP as a serious opposition force to the Algerian government.

The MSP, alongside other Islamist parties, boycott the April 2014 elections, accusing the government of fixing the electoral process.

Makri announces that the MSP will conduct a fresh round of consultations with the Algerian government and opposition.

The MSP boycotts the 2016 constitutional process.

Makri claims that “this constitution, which is neither consensual nor having the potential for great reforms, expresses only the views of the president and his entourage.”

MSP comes in third in Algeria’s parliamentary elections, with 33 out of 462 total seats. Makri accuses the ruling coalition of electoral fraud.

After Bouteflika announces in late February his intention to seek a fifth presidential term, popular protests erupt calling for his resignation in order to secure a transition of power amid concerns over his failing health.