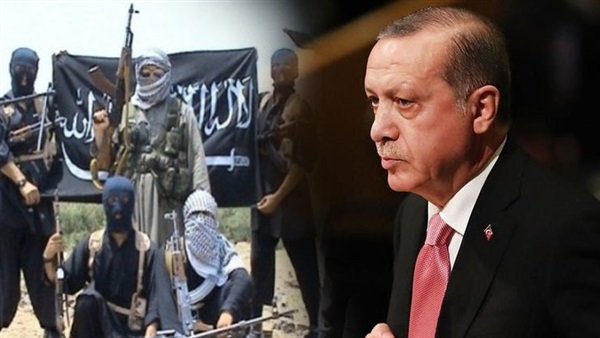 Classified intelligence documents obtained by Nordic Monitor have revealed how the jihadist Ben Ali group led by Abdaladim Ali Mossa Ben Ali, a Libyan citizen with close ties to al‐Qaeda, took part in the transfer of foreign fighters and weapons from Libya to Syria through Turkey.

The Ben Ali group was tasked with receiving the foreign fighters coming from Libya, transferring them to Turkey’s Hatay province on the border with Syria and contacting their families if needed, the report stated. The police report included classified documents from the National Intelligence Organization (MIT) that revealed intelligence on al-Qaeda in Libya connections to Turkey starting from July 2012

According to the report Ben Ali was assisted by another Libyan jihadist, Mahdi al-Harati, who had been on board the Mavi Marmara, the flagship for the Freedom Flotilla in May 2010. Al-Harati was wounded during the subsequent Israeli military raids and then deported to Turkey, where he was personally visited in the hospital by Erdoğan. Al-Harati kissed Erdoğan’s forehead to show respect and admiration.

IHH is known as a tool of Turkish intelligence agency MIT and has been under investigation by the Turkish police. It was accused of smuggling arms to al-Qaeda-affiliated jihadists in Syria and Libya. IHH was also utilized in the transport of wounded Islamic State in Iraq and Syria (ISIS) and al-Qaeda fighters by ambulance from Syria to Turkey.

While Majzoub was responsible for purchasing weapons and equipment, another jihadist figure named Abdullah Abdussemir coordinated the transfer of jihadists into Syria and Yusuf, a jihadist identified only by his first name, provided medical treatment to the wounded fighters, the intelligence report revealed.

According to the report, the Ben Ali group had benefited from al-Harati, who was running the trafficking of Libyan jihadists to Syria via Turkey with the help of MIT. While the Turkish police opened a case against al-Harati and his contacts for transferring weapons from Libya through Turkey, President Erdogan halted the case in 2014. These police officers were later dismissed and the investigation was hushed up.

Russia delivered an intelligence report concerning Turkey’s activities in support of jihadists to the UN on February 10, 2016. In addition to listing several incidents illustrating how MIT was involved with jihadist groups, the Russian report detailed al-Harati’s illegal activities with the help of MIT. The report said “in March 2014 the head of the MIT, Mr. H. Fidan, coordinated the transfer of a large ISIS unit headed by [al-Harati], a Libyan national. The fighters were taken by sea from Libya to Syria through the Barsai crossing on the Turkish-Syrian border.”

Following the uprising in Syria in 2011, dozens of jihadist Libyan fighters have joined opposition groups in Syria, and Libya has become a transfer point for fighters from Western Europe and the Maghreb headed to Syria. Today, the movement of jihadist fighters has been reversed, and Turkey accelerated its operations in order to send Syrian jihadists, who were previously trained by Libyan commanders, to the African country. According to reports, Turkey has already deployed some 1,200 Syrian jihadists to Libya.