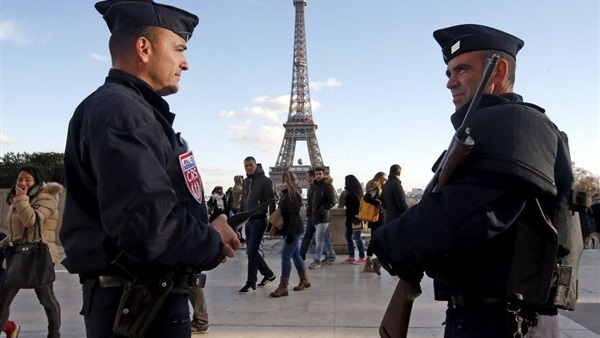 Terrorist groups and extremist organizations have been able to attract many young people in France by exploiting, among other things, the search for identity. These extremist terrorist organizations are active through mosques, prisons and social media.

France has recently realized the scale of threats posed by extremist groups in the country, and called on the French authorities to fight terrorism in France, and the need to dry up the sources of funding for extremist organizations and groups; where extremist groups continue to receive support from Qatar and Turkey, and devote their efforts through social media platforms and media outlets to lure French youth towards extremism.

The following are the most prominent extremist groups and organizations in France:

The Forsan al-'Izza established itself in 2010 as a jihadist group, and is more famous for its provocative calls than its violent activities, according to France 24. They define themselves as jihadists and Salafists, but they have only superficial knowledge of the Islamic religion.

The group's first activity dates back to June 2010, when a group of them demonstrated in Lamot Square in the French city of Lamog. They also provide some active elements with extensive training in combat techniques and hostage-taking scenarios.

The website of the Knights of Glory, which was later closed, published writings such as: "Our group needs human resources to work for God. We are looking for all the talents, especially soldiers. If you like fighting, you feel able to intervene quickly. When necessary, we welcome you.”

Mohammed Chamlan, a Frenchman of Maghreb origin, does not openly call for violence, but his speech suggests a threat. During the dismantling of the Knights of Pride group, Shamlan said he does not rule out the adoption of armed struggle if hostility to Islam continues to grow.

The union was founded by Abdellah Ben Mansour, a Tunisian immigrant student influenced by the Tunisian Islamic Movement, led by Rashid Ghannouchi. In France, it is the French branch of the Federation of Islamic Organizations in Europe.

The Union of Islamic Organizations in France is divided into eight administrative bodies, according to the degree of loyalty and commitment:

* Private sectors, which employ a number of young people or students of French Muslims.

* Charity Committee and support to Palestine.

* Religious frameworks belong to the Association of Imams of France, the European Institute of Humanities, which is located, and one of the tasks of the formation of imams and religious frameworks, according to the ideology of the Muslim Brotherhood.

It began its activity to form a network of relations between prisoners involved in terrorist acts in French prisons, and describes itself as an association dedicated to the charity Foundation for Muslims in prison and their families affected by the prison of their loved ones through three pillars which are faith, finance and family and it does not hesitate to save prisoners. Those convicted of terrorism receive support, moral and logistical assistance, and have a network of connections with extremists and terrorists.

The French Council of State issued a court ruling dissolving the Brotherhood's terrorist organization, freezing its activities in December 2016, seizing its property, and placing its administrators under house arrest for its involvement in financing and supporting terrorist activities and actions.

Founded by Nizar Bourchada after defecting from the Union of French Democrats; because of the lack of democracy within this party, it calls for some of the principles and stereotypical demands that this sectarian party is trying to hide behind to emerge as a party like other parties.

Active on online social media sites in Paris and southern France to call for terrorist operations, the group broadcast extremist propaganda materials urging extremism and hatred, according to the European Center for Counterterrorism and Intelligence Studies on June 11, 2019.

It was founded by Najib Azraqi in November 2012 to claim the unification of all French Muslims who suffer from arbitrariness due to the prejudices of the regime.

* Changing the French society's view of the Islamic religion.

* The final suspension of the distortions of Muslims in France.

* Combating the causes of failure of integration policies.

* Repeal the law prohibiting the wearing of headscarves in schools.

Founded in 1997 in the eastern French city of Strasbourg, the Muslim Party of France, under the presidency of Mohamed Latrech, has been frozen by the French authorities and funds of the Islamic Cultural Association by the French justice.

The UDF failed to enter the European Parliament

The party had hoped to win even one seat, so it presented itself as a “secular” party, similar to Christian political parties in Europe, and opposes the ban on headscarves in schools, according to euronews on May 27, 2019.