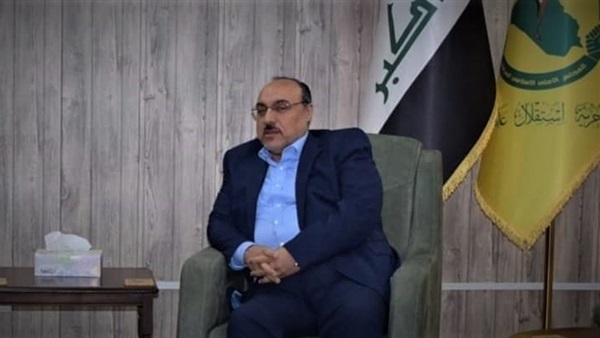 A state of anger dominates the Iraqi street after news that Mohammed al-Hashemi, head of the Prime Minister Adel Abdul Mahdi’s office, fled to Iran after ordering the killing of protesters.

Hashemi did not join Ammar al-Hakim in National Wisdom, instead remaining with the ISCI led by Humam Hamoudi, who has strong ties with the Iranian Revolutionary Guard Corps (IRGC).

By virtue of Hashemi's work in the ISCI, he became the council’s mastermind and dealmaker, and he made strong ties with IRGC Quds Force commander Qassem Soleimani, Badr Organization leader Hadi al-Amiri, and leaders of the Shiite Popular Mobilization Forces (PMF). He also had a major role in the nomination of Adel Abdul Mahdi for prime minister and recommending him to the Shiite forces.

According to Iraqi press reports, Hashemi is one of the decision-making poles in closed rooms and secret meetings, and he enjoys significant support from Soleimani and has given allegiance to Iranian leader Ali Khamenei, according to the literature and principles of the ISCI, which was established in Iran at the end of 1982.

“Adel Abdul Mahdi is not prime minister; the actual prime minister is Abu Jihad al-Hashemi, who was raised within Iranian intelligence since he joined the Islamic Supreme Council in the early 1980s,” Shahbandar said in a video.

With Hashemi’s growing influence within the Iraqi government, his wealth has grown significantly, with access to many projects and economic deals, and he is one of the most prominent emperors of corruption within the Iraqi political system.

Iraqi writer Nubras al-Husseini said that Hashemi worked behind the scenes as a broker and maker of conservatives, and he succeeded in marketing a number of unknowns to the post of governor when the ISCI was going through a period of mass prosperity.

Husseini wrote in an article that Abu Jihad was engaged in building very large financial wealth after 2003, and he entered into disagreements with the leaders of the council by virtue of being directly responsible for the economic and finance files. He lives in a miniature palace in the presidential district of Al-Jadriyah, Baghdad.

Following the outbreak of mass demonstrations on Tuesday, October 1 against corruption, poverty and hunger in several of the Iraqi cities, dozens of demonstrators were killed by professional snipers.

Faiq al-Sheikh Ali, a liberal MP in the Iraqi parliament, accused Iran of killing the protesters by sniping.