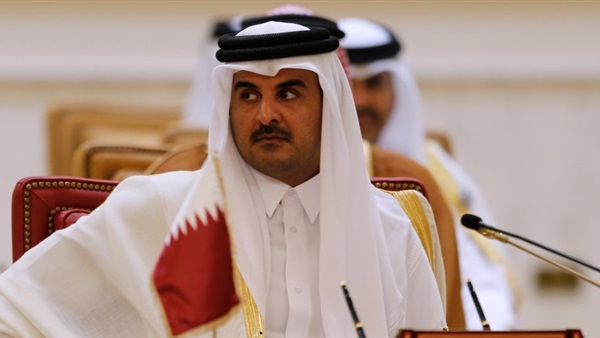 The Qatari regime claims to have been seeking to establish the rules of democracy and wise ruling in Arab countries, demanding regimes to preserve human rights, while recruiting its media platforms, such as Al Jazeera, to attack these countries.

Under this fake mask, however, Qatar has been committing repressive and slavery practices against citizens and residents on its land, imprisoning all those who oppose the regime or express their opinion openly in the Qatari regime.

French engineer Jean-Pierre Marongiu, who spent 1,744 days in the dark prisons of Doha, says “Qatar is a country of modern slavery.”

In a press conference in Geneva, Marongiu said the Qatari authorities seized his company's assets in 2013, illegally and without providing any legal basis. He also said Faisal bin Fahd bin Abdulaziz Al Thani is the head of the mafia that illegally seizes people's property.

“We slept in a blockhouse without ventilation, without light … People died and corpses remained in the corridors,” he described the small cell that had 30-40 prisoners. “Qatar is an Islamist tyranny that finances Shiite and Sunni terrorist organizations.”

Adding to Qatar’s dark record of human rights violations, Amnesty International in September 2018 issued a report on how Doha failed to pay foreign workers building infrastructure linked to the 2022 FIFA World Cup thousands of dollars in wages and work benefits, leaving them stranded and penniless in Qatar.

In another scandal, Yousef Al-Obaidly, boss of BeIn, and former IAFF president Lamine Diack were accused of corruption during the awarding of the World Athletics Championships in Qatar.

Al-Obaidly, who is also president of BeIn Sports France, is close to PSG boss Nasser Al-Khelaifi. The latter was placed in March under the status of witness assisted in this judicial information, which also targets the conditions of the Tokyo Olympics 2020 and Rio 2016.

Magistrates question two payments totaling $ 3.5 million, made in the fall of 2011 by the company Oryx Qatar Sports Investment, owned equally by Al-Khelaifi and his brother Khalid, in favor of 'a sports marketing company headed by Papa Massata Diack, nicknamed in the media "PMD" and son of Lamine Diack.