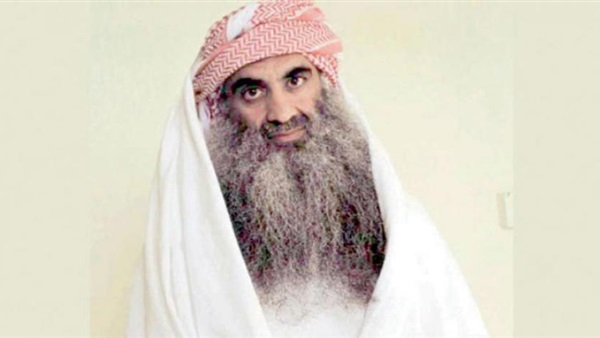 "If the Qataris handed over Khalid Sheikh Mohammed in response to our request in 1996, the world would be different today," wrote Richard A. Clarke, national security and counterterrorism coordinator in the Clinton and George Bush administrations, in an article for the Daily News newspaper on the role of Qatar in harboring and hiding the leaders of terrorism since the nineties.

Clarke described Sheikh Mohammed as a "serial killer and terrorist, and the true leader of the 9/11 attacks." One terrorism expert described him as having "extensive experience in preparing terrorist attacks globally.

This comes within the framework of the announcement of the US military judiciary, on August 30, 2019, to set a date; to try the four most prominent defendants in the case known as events of September 11 to begin the first hearings in the case in early 2021, that is, about 20 years after the attacks, which killed nearly 3,000 people and left a lot of destruction for the United States.

Khalid Sheikh Mohammed was born in Kuwait in 1964, to a family originating in the province of Balochistan, bordering Afghanistan, and fluent in Arabic, English, Urdu and Baluchi. He studied mechanical engineering at the University of North Carolina in the United States in 1986, and traveled to Afghanistan; to fight against Russian forces that were occupying Afghanistan.

In the late 1980s, Khalid Sheikh moved to the Pakistani city of Peshawar, where he met for the first time Al-Qaeda leader Osama bin Laden, and then carried out several terrorist acts, including the preparation of a plot to blow up US airliners bound from the southeastern Asia to the United States in 1995, a process known as Operation Bongika, but the security authorities discovered and failed the scheme.

Since then, US security agencies have been hunting him for $5 million for information about his whereabouts. In the aftermath of the September 11 attacks, Washington increased the reward to $25 million and placed his name on the FBI's list, which includes 23 wanted terrorists.

Doha earlier provided shelter to Khalid Sheikh Mohammed, who was paid from the government that gave him a job at the Qatari Ministry of Water. It helped him escape to Afghanistan, because within hours of the US ambassador meeting with the Emir of Qatar to demand his extradition, Sheikh Mohammed disappeared.

After Doha refused to extradite him, members of the Joint Counter-Terrorism Committee (CSG) declared their distrust of the Qatari government, stressing that Qataris have a history of sympathy for terrorists. He was sponsoring Khalid Sheikh Mohammed.

An offer against Saudi Arabia

On July 30, 2019, the Wall Street Journal revealed that Khalid Sheikh Mohammed made an offer and sent him in a letter to the Manhattan District Court in which he indicated that he was ready to conclude a judicial deal with the United States in which the death penalty would be abolished in exchange for testifying against him.

There have been some rumors suggesting that Qatar is the movement of its terrorist arm, Khalid Sheikh Mohammed, to insult Saudi Arabia and condemn it in the attacks of September 11, as Al-Hamdain seeks to spread his poisonous efforts; to distort and abuse Saudi Arabia.