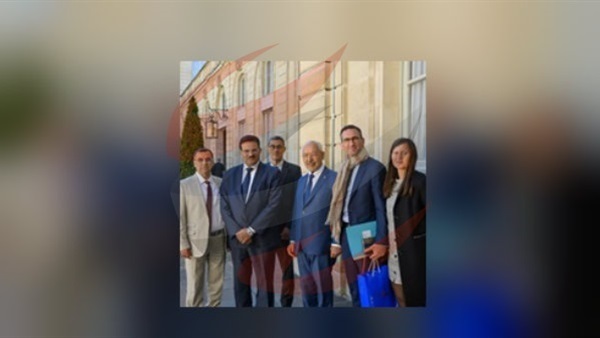 The head of Ennahda Movement, the Muslim Brotherhood branch in Tunisia, Rached Ghannouchi, is paying a visit to France, accompanying a large delegation from his movement, informed sources said. 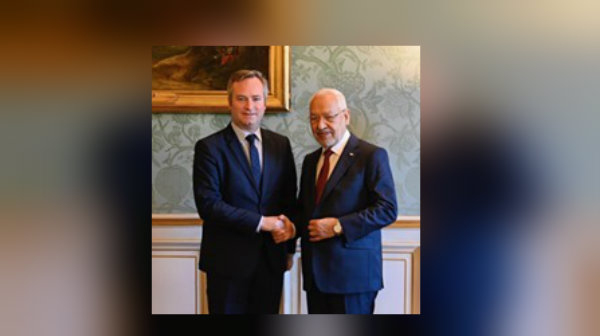 They added that in France, Ghannouchi would be discussing the conditions of his movement, as well as the possibility that the Muslim Brotherhood would be designated as a "terrorist" moment.

Tunisia press sources, meanwhile, described Ghannouchi's visit to France as "important". They added that the head of Ennahda Movement would be trying to convince officials in the French government that the Brotherhood is not a terrorist movement.

The visit comes hard on the heels of the emergence of plans about the intention of the French government to tag the Brotherhood a "terrorist" organization. In this, France will be following in the footsteps of the US which has similar plans.

The same sources revealed that a French public relations companying has coordinate the visit of the Ennahda delegation to France. In return, the company had received a large amount of money.

On the plane, Ghannouchi came at the center of a Tunisian passenger who was travelling to France too. The woman held him and his movement responsible for Tunisia's ongoing economic crisis. Dozens of people interacted with news in this regard on social media. 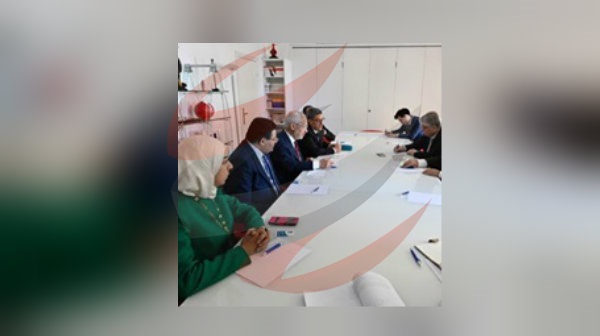 There is a lack of clarity on whether the visit to France by the Ennahda delegation came at an official invitation by the French government. Ennahda, for its part, tried to claim that the visit came at an invitation from French Foreign Minister Jean-Yves Le Drian.

Nonetheless, the same source said that Ghannouchi had contacted the embassy and requested a meeting with the French foreign minister, the thing that was approved by the French Foreign Ministry.

Sources said Ennahda had enlisted the services of the French public relations company in its bid to have presence on the European political scene.

Speculation is rife, meanwhile, on the importance of the visit, especially with the state of confusion reigning in on the Tunisian and international political scenes in general. The visit also gives rise to fears that the French government might be planning a change of alliances, one that can favor the Islamist movement in the future.

Head of Ghannouchi's office, Zubair al-Shahudi, could not downplay these fears. He even backed them when he said the visit has strategic importance for both Ennahda and Tunisia, especially with Tunisia preparing to form a national unity government.

Al-Shahudi described the political situation in Tunisia as "obscure", noting that this made it necessary for Ennahda to give assurances to Tunisia's partners and France in particular.

Tunisian MP Jilani Al-Hammami expressed concern over the visit. He said this was particularly true given Ennahda's bad relations with French government institutions and institutions in Europe.

Al-Shahudi said deteriorating relations between Ennahda and other Islamist movements, on one hand, and France, on the other, made the visit of the Ennahda delegation important.

He referred to the timing of the visit, noting that this timing might be linked to the expected formation of the Tunisian government.

"The visit is part of Ennahda's pursuit to promote itself in Europe," Tunisian media quoted him as saying.

He did not, however, rule out the possibility that the visit can be linked to political developments in Tunisia.

The dangerous thing, he said, is that the Ennahda delegation goes to foreign powers to discuss internal Tunisian affairs.