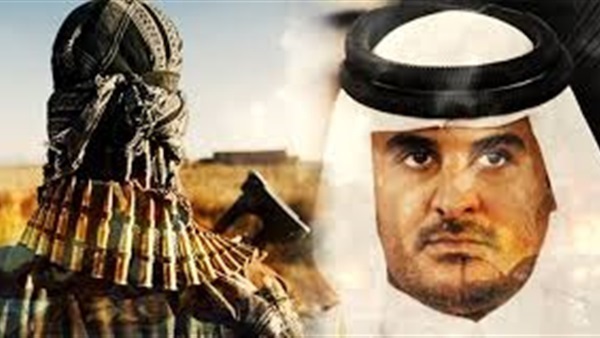 Twitter users have exposed Qatar’s malicious role in Yemen and its support to the militias of the Muslims Brotherhood, al-Qaeda and the Houthis, contributing to the destabilization of Yemen and its security, not to mention its attempts to foil efforts by the Saudi-led Arab Coalition to support the legitimate Yemeni government.

A hashtag that translates into #Qatar_Messes_with_Yemen was recently launched to expose Qatar’s crimes and its schemes in Yemen. 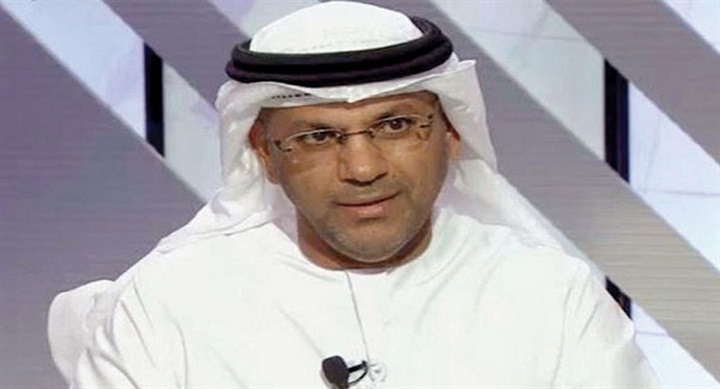 UAE military commander, Khalfan al-Kaabi, has also warned against Qatar and Iran’s tools in Yemen, pointing out that “Qatar is a main sponsor of terrorism, which is its role.”

Al-Kaabi further said in a tweet that the agendas of Iran and Qatar are similar, and Al-Islah party and Al-Qaeda are their tools to carry out these agendas.”

“While the Shabwani Elite continues to clear the Shabwah Governorate of terrorist organizations and restore security, Al-Islah, headed by Ali Mohsen al-Ahmar, keeps murdering civilians in Taiz and destroy hospitals and government establishments, all in favor of Al-Islah and its supporters’ clear agenda,” Kaabi added. 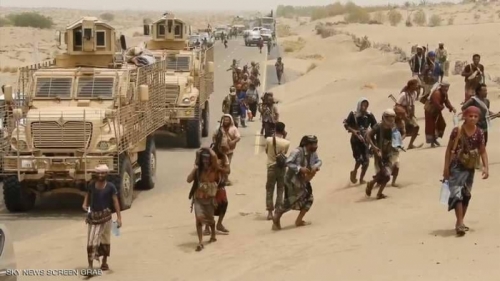 The Emirati-backed Shabwani Elite Forces began Operation ‘White Mountains’ to eradicate al-Qaeda and foil schemes by Qatar and the Muslim Brotherhood from Nasib and Merkhah districts in Shabwah governorate in Eastern Yemen on March 26.

Earlier reports have exposed meetings between Houthi militia leaders, Al-Islah members (The Muslim Brotherhood in Yemen), and al-Qaeda in Sanaa with a Qatari coordination and support to destabilize the liberated Yemen governments, especially south of Yemen.

The meeting took place with the presence of Abu Ali al-Hakim, the field and military commander of the Iran-backed Houthi militia in Yemen,

The meeting was held in Sanaa at the house of Mutlaq al-Marani, the Houthis’ national security agent, and was headed by Abu Ali al-Hakim, the Houthis’ head of military intelligence, and other leaders. 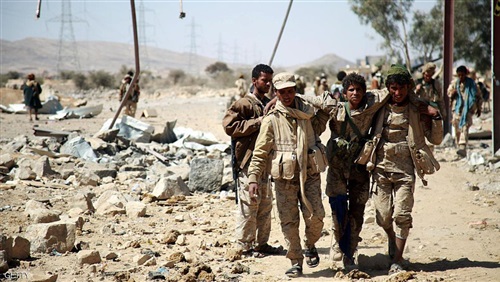 Sources pointed out that the meeting comes as part of unspoken agreements held between the Houthi militia and al-Islah party under the auspices of Qatar, which resulted in the transfer of al-Qaeda elements from the Political Security prison in Sanaa to Ma’rib.

Sources close to Hakim revealed that the meeting discussed the activities of al-Qaeda operatives and the targeting of military, political and security leaders in the liberated provinces.

The areas liberated from the Houthis by the Yemeni army and Arab Coalition forces were an important target for Qatar, which seeks to undermine the legitimate government's efforts to establish security and stability throughout Yemen by supporting the Houthi militias carry out devastating operations in the liberated areas.

Doha supports and funds Houthi cells to devastate liberated areas, acts as intelligence for the rebels, and supports the Muslim Brotherhood's terrorist group with millions of dollars in Yemen.

Meanwhile, Yemeni political analyst Fahad Taleb tweeted that Qatar is paying huge amounts of money to the Houthis and provide them with a political and media support, all aiming to foil efforts by the Arab coalition to strike a strategic victory in Yemen.

Taleb also pointed out that the Houthis are currently in a tough situation, especially that they were about to be defeated in Hodeidah, stressing that if Doha managed to sow discord and fully destabilize Yemen, it would grant a significant achievement to Iran, Turkey, Qatar and the Muslim Brotherhood.

Moreover, member of the General Council for Peace and Reform Saleh Al-Bakhiti affirmed Qatar’s role in supporting the terrorism of the Muslim Brotherhood in Yemen, calling upon the international community and the Arab coalition to act fast before it’s too late. 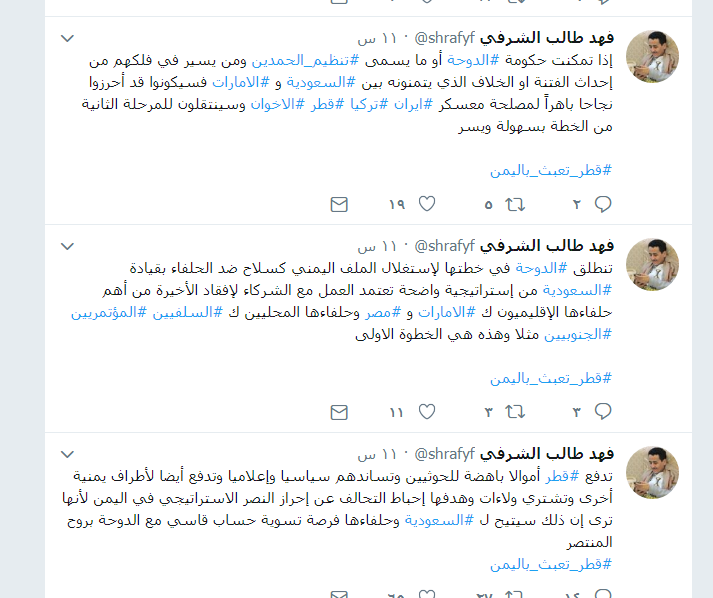