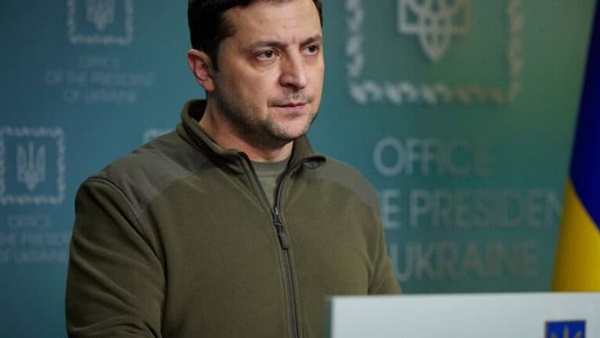 Ukraine president Volodymyr Zelensky has been involved in a car accident, but was not seriously hurt, officials have said.

The leader’s vehicle was involved in a traffic accident in Kyiv, and the president was later seen by a doctor.

“The president was examined by a doctor, no serious injuries were found,” spokesperson Sergii Nykyforov wrote on social media.

He said that medics accompanying Mr Zelensky gave the driver of the private car emergency aid and put him in an ambulance.

He added that the cause of the accident would be investigated.

Shortly after he delivered the statement, the president released the video of the night time address he delivers on a daily basis.

Earlier on Wednesday, the 44-year-old leader had made a surprise visit to the recently recaptured city of Izium, located in the east of the country, and part of Kharkiv province.

The area is the site of a counterattack by Ukrainian forces that appeared to have surprised Russian troops and required them to pull back.

Mr Zelensky said his soldiers have retaken thousands of square miles and thanked them for their efforts.

With his hand on on heart, Mr Zelensky watched his country’s flag rise above the recaptured city of Izium, and sang the national anthem.

The Associated Press quoted him as saying: “The view is very shocking, but it is not shocking for me, because we began to see the same pictures from Bucha, from the first de-occupied territories . the same destroyed buildings, killed people.”

He added: “Our soldiers are here. That’s a very important thing. I see how people meet them, in what a sensitive moment. It means that with our army, the life comes back.”