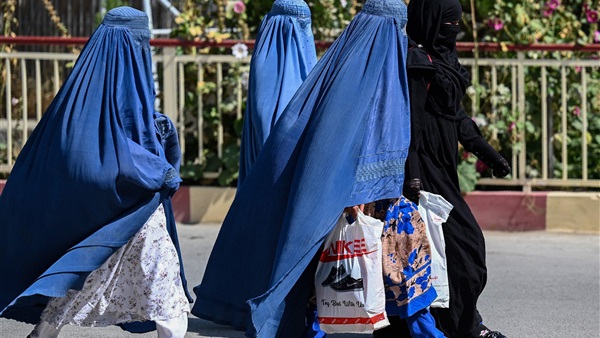 The secret workshop is in an unmarked apartment with a pile of women’s sandals at the entrance. Outside, in the world of men, women are but shadows. In here the rooms buzz with happy female chatter and joyful coloured dresses. Through it all Laila Haidari passes like a human whirlwind, puffing at a cigarette and waving fingernails painted metallic green.

One group is learning tailoring, another embroidering bodices, while in a third room a group of young women is hard at work hammering metal and using pliers and blowtorches to fashion it into earrings and pendants. But the brass they are working on comes from an unusual source.

“Look what we are using!” trills Haidari as she empties a bag of bullets on to a tablecloth. “These men are killing each other with these, but we women are turning them into art.”

Haidari, 43, is one of the few female activists to have stayed in Afghanistan after the Taliban takeover last summer. She has long flaunted convention by smoking and driving her own car, and is now on a mission to keep the hopes of Afghan girls and women alive under a Taliban regime that has been accused of imposing a form of gender apartheid.

She was married off at 12 to a mullah in Iran nearly two decades older, gave birth at 13, and by 18 was a mother of three. “I was a child myself,” she said. “Those were very dark days. I lost my virginity the first night, then he raped me every night.”

When her mullah husband allowed her out for religious classes, she secretly studied other things and went on to study film-making in Iran.

Eventually they divorced and she came back to Kabul where in 2010, she opened Afghanistan’s first restaurant run by women, Taj Begum or Woman’s Crown. It became a rare place where unmarried men and women could dine together, prompting accusations that she was running a brothel.

Profits went to Mother Camp, a centre she set up to help drug addicts, having seen first-hand the damage when she found her older brother living under a bridge and addicted to heroin.

Hundreds of people were helped to get clean by her centre — some of whom she then employed in her restaurant. Her work infuriated drug dealers who were losing business, and they regularly threatened her, once even sending men into her bedroom to try to kill her — she keeps a pistol under her bed.

When the Taliban took over in 2021, the addiction centre and the restaurant were both closed. “The world changed for us for ever,” she wrote on her social media. “Taj Begum is no more.”

She thought of leaving, using international connections she had built up over the years. “The Americans called and said we have a military vehicle to take you to the airport and evacuate you,” she said. “But then my staff and friends said, ‘Laila, if you leave, what will happen to us?’ Then, I thought if a woman like me doesn’t stand up to these people trying to drag us backwards, who will? So I stayed.”

The first few months were grim. “I felt like I’d fallen off a very high building to the ground,” she said, wiping away tears. “I was in pieces.”

Initially she was in hiding. But then, seeing that the Taliban were not going away, she decided to do something. “I said to myself — if I’m an activist and I’m in hiding, what about all the other women? How could I stay home alone? If you don’t have hope, there’s nothing, and if you don’t see hope, well you must create it.”

She had saved money with which she had planned to open a hotel in Uzbekistan. Instead she used it to open the women’s training centre, and now has 350 women attending in different locations.

Apart from two workshops, there are clandestine classes in computing, English and painting. “We have two choices,” she says. “We can count the days of school banned for girls or we can teach a girl.”

A lot of those who attend are, like her, from the Hazara minority, a group particularly targeted both by the Taliban and the so-called Islamic State.

Many are also breadwinners for their families, as their husbands have died or are jobless. They are pleased to earn income, but some admit they are frightened of the consequences. “We are doing nothing wrong,” says Marzia, 20, who is fashioning earrings. “But of course I am scared the Taliban will come here or stop us on the way.”

A young girl pops her head round to ask something. “She was begging on the road, and someone brought her in to me,” says Haidari. “She is so bright.”

Haidari saw many positive changes in her society during the 20 years international forces were present in her country, but now, like many Afghan women, feels abandoned.

“We trusted the international community, we wanted them to be with us, but they left us. All that talk about equality and justice . . . then in the end they didn’t do anything for us, they just took their people away.”

She also has little time for some fellow female activists. “Those women you interviewed over the last 20 years, most are now abroad because they are false,” she says. “The real women are those who are here, working to get bread for their family. Yet where is the support from the international community? Instead they are giving awards to those who fled.” She is using her workshop to, as she puts it, “send some messages”.

In one of the rooms there is a wedding dress of frothy white tulle with a train of colourful butterflies. At first glance it appears a thing of beauty. Look closer, however, and the model seems rather short and, as the butterflies flutter down the dress, they fade to white.

“It’s to represent a child bride, and the fading colours are the fading of her dreams,” says Haidari.

She lifts the skirt to reveal a petticoat hemmed with coloured pencils. “That’s what a girl of 10 or 12 should be doing, drawing, not getting married and having babies.”

Polystyrene birds with peacock feathers have been pinned on the shoulders. “These are her hopes flying away.” In the bride’s hand is a puppet bride with a mouth sewn up. “You’re taking away her doll and giving her a monster.”

Once completed, Haidari wants to send it to a museum. “If you know any in England, let them display this to show our defiance,” she says. “Here and the Taliban are two different sides of Afghanistan. Try as they might, they won’t wipe out our hopes.”