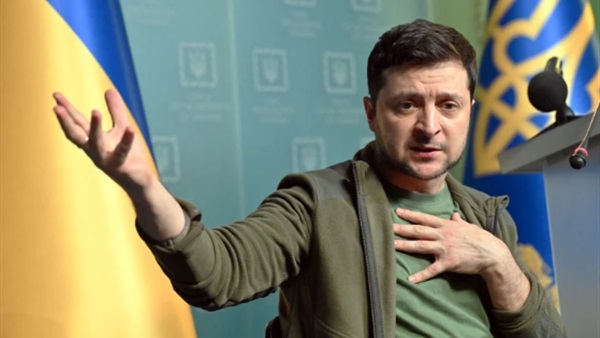 Ukraine’s president has reacted with anger and outrage after his military was accused of endangering its own civilians by deliberately placing bases in residential areas and even making use of hospitals and schools.

A report by Amnesty International said its researchers found evidence between April and July that Ukrainian forces were carrying out strikes against Russian troops from inside populated residential areas.

It said such “tactics violate international humanitarian law and endanger civilians, as they turn civilian objects into military targets”. The ensuing Russian strikes in populated areas had killed civilians and destroyed civilian infrastructure, the report added.

“We have documented a pattern of Ukrainian forces putting civilians at risk and violating the laws of war when they operate in populated areas,” said Agnès Callamard, Amnesty International’s secretary general.

“Being in a defensive position does not exempt the Ukrainian military from respecting international humanitarian law.”

In his nightly video address, Ukrainian president Voldomyr Zelensky rejected the claims by amnesty, and said the report sought “to shift responsibility from the aggressor to the victim”.

“There is no condition, even hypothetically, under which any Russian strike on Ukraine becomes justified. Aggression against our state is unprovoked, invasive and terrorist,” he said on Thursday evening, according to the Associated Press.

“If someone makes a report in which the victim and the aggressor are supposedly equal in some way…then this cannot be tolerated.”

Ukraine’s foreign minister Dmytro Kuleba was similarly dismissive of the report, which he said was being spread by Russia’s state media.

Writing on Facebook, he said: “This behaviour of Amnesty International is not about finding and reporting the truth to the world, it is about creating a false equivalence - between the offender and the victim, between the country that destroyed hundreds and thousands of civilians, cities, territories and a country and it defending itself.”

Many other commentators have criticised the report and accused Amnesty of displaying naivety about military issues. Some asked why it felt the need to issue such a report, when evidence of Russian atrocities were very apparent, and that Moscow would use the report for its own propaganda efforts.

Amnesty has stood by its report, and Ms Callamard, formerly a special rapporteur for the UN Human Rights Council, denounced “Ukrainian and Russian social media mobs and trolls” who she said were attacking Amnesty’s investigations.

On Friday, she told the AFP news agency Amnesty “fully stands by our research”.

“The findings ... were based on evidence gathered during extensive investigations which were subject to the same rigorous standards and due diligence processes as all of Amnesty International’s work,” she said.

The release of the report, and its angry denunciation by Mr Zelenksy, comes at what may be a critical juncture for the conflict.

Six months after Russia invaded Ukraine in what Vladimir Putin claimed was a “special military operation”, the conflict has for much of the world largely moved off the front pages.

In the US, which has given more than $50bn to Kyiv in military and humanitarian aid, polls suggest public support for the conflict is slipping, something perhaps driven in part by increasing concern about mounting inflation.

And as Russia continues to attack Ukrainian cities – most recently Russian forces have been accused of launching rocket attacks from inside the Zaporizhzhia nuclear, Europe’s largest – Moscow now controls around 20 per cent of the country.

It is seeking to seize more cities in the eastern Donbas region, with Bakhmut and Avdiivka reportedly in Russia’s sights.

Reports suggest at least 5,000 civilians have been killed, along with more than 10,000 Ukrainian soldiers and perhaps more Russian troops.

“Pouring arms in isn’t going to bring about a solution, it’s only going to prolong and exaggerate this war,” Mr Corbyn said in a television interview. Like the Amnesty report, the comments were denounced in Ukraine. “We might be in for years and years of a war in Ukraine.”

Mr Zelensky this week also insisted that Russia must leave Ukraine entirely before there could be a ceasefire agreement. Former German chancellor Gerhard Schroeder, a personal friend of Mr Putin, claimed Russia wanted a “negotiated solution” to the war.

“The good news is that the Kremlin wants a negotiated solution,” Mr Schroeder told Stern magazine. “A first success is the grain deal, perhaps that can be slowly expanded to a ceasefire.”

Mr Zelensky said: “It is simply disgusting when former leaders of major states with European values work for Russia, which is at war against these values.”