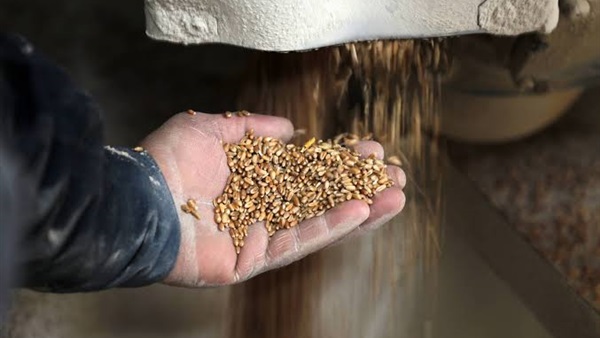 Millions of people in the developing world could be spared famine after Russia agreed to allow Ukrainian grain exports to resume from the Black Sea ports that have been blockaded by President Putin’s forces.

The accord, brokered by President Erdogan of Turkey and António Guterres, the United Nations secretary-general, was signed yesterday in Istanbul. If implemented, it will help to alleviate a global food shortage caused by Russia’s invasion of Ukraine.

“Today there is a beacon on the Black Sea,” Guterres said. “A beacon of hope, a beacon of possibility, a beacon of relief in a world that needs it more than ever.”

The goal is to export five million tonnes of grain a month, a UN official said. At least 20 million tonnes are stuck in silos in Odesa. Huge quantities of wheat, barley, oil and other agricultural products that have accumulated in Ukrainian warehouses also will finally be exported.

President Zelensky said that the deal was “entirely” in Ukraine’s interests, but warned that Russia could use it to discredit his nation. “Russia could engage in provocations,” he said in his daily video address. “But we trust the United Nations. Now it’s their responsibility to guarantee the deal. There is a chance to reduce the seriousness of the food crisis caused by Russia and prevent a global catastrophe.”

Countries in Africa and elsewhere in the developing world to which much of the produce would have been sold in recent months have been struggling to feed their people.

The agreement is expected to be accompanied by a guarantee that western sanctions against Russia will not affect exports of its own grain and fertilisers. Those products have not been sanctioned as yet, but international shipping companies have been wary of working with Moscow, meaning it has struggled to send such cargos from its own Black Sea ports. The deal is expected to ease that problem.

Britain and other western states had accused Russia of “weaponising food” through its blockade of the Black Sea ports. Liz Truss, the foreign secretary, said: “Putin’s barbaric invasion of Ukraine has meant some of the poorest and most vulnerable people in the world are at risk of having nothing to eat. It is vital that Ukrainian grain reaches international food markets and we applaud Turkey and the UN secretary-general for their efforts to broker this agreement.”

Sergei Shoigu, Russia’s defence minister, and Oleksandr Kubrakov, Ukraine’s infrastructure minister, also signed copies of the deal at Dolmabahce Palace in Istanbul. Roman Abramovich, the UK-sanctioned Russian oligarch, was present at the ceremony, although his role was unclear.

Shoigu said the agreement would begin to be implemented within days. Ukraine’s three main ports of Odesa, Pivdennyi and Chornomorsk are expected to resume exports.

Robert Mardini, director-general of the International Committee of the Red Cross, welcomed the agreement, hailing it as “nothing short of lifesaving for people across the world who are struggling to feed their families. Nowhere are the consequences felt harder than in communities already impacted by armed conflict and climate shocks.”

Over the past six months, Mardini said, the price of food staples had risen by 187 per cent in Sudan, 86 per cent in Syria, 60 per cent in Yemen and 54 per cent in Ethiopia compared with the same period last year.

David Beasley, executive director of the UN World Food Programme, warned in May that the Ukraine turmoil was “piling catastrophe on catastrophe”, coming as it did after other conflicts, the climate change crisis, the pandemic and surging food and fuel costs. All of that had created a “perfect storm”, with hunger “surging to terrifying levels” worldwide, he said.

The Istanbul deal allows for Ukrainian vessels to guide cargo ships down a corridor, avoiding mined areas. Military craft will not be involved and must keep to an agreed distance. Ukraine said exports could be restarted within weeks if safety guarantees were fulfilled. Russia has insisted on inspections of the grain-carrying cargo ships to be sure they are not also delivering weapons to Ukraine.

The accord will last for 120 days and can then be renewed. Josep Borrell, the European Union’s foreign policy chief, said it was “a step in the right direction”.

World must be wary of Russia’s intentions

President Putin does not make deals that do not benefit him, and he does not honour those that become inconvenient (Maxim Tucker writes).

The world will be tempted to breathe a sigh of relief at yesterday’s grain export arrangement, which may help to stave off starvation in the developing world and provide a lifeline to Ukraine’s economy.

Yet it must be wary of Russia’s intentions, implementation and expectations.

Putin will try to use the deal to extract more concessions — not least having a blind eye turned to Russia’s burgeoning trade in grain stolen and shipped from occupied Ukrainian territories. He will hope his co-operation will be rewarded by the easing of sanctions. The EU has already drafted changes that would allow frozen bank funds to be released in an effort to facilitate the trade of food and fertilisers.

An example of good behaviour could be used as a wedge to try to splinter Europe’s strong anti-Kremlin alliance at a moment when right-wing sympathisers are in the ascendant in Italy and France.

Russia will also be pleased with the legitimacy the agreement accords it despite its status as an international pariah. When Russian troops invaded the Donbas under the guise of a separatist uprising in 2014, the Kremlin used a patchwork of peace accords to cement the status quo and keep hold of seized territory. Facing profound difficulties on the battlefield, it may try the same approach now, waiting for global indignation to die down before slicing off further slivers of Ukrainian land.

Part of the deal envisages a joint co-ordination centre in Istanbul, where UN staff and military officials from Russia, Ukraine and Turkey would monitor the movement of ships in and out of Ukrainian Black Sea ports.

A similar centre was set up in Donbas in 2014 under the auspices of the Organisation for Security and Co-operation in Europe. Russia used the centre, which was based behind Ukrainian lines, to spy on troop movements, fortifications and supply lines.