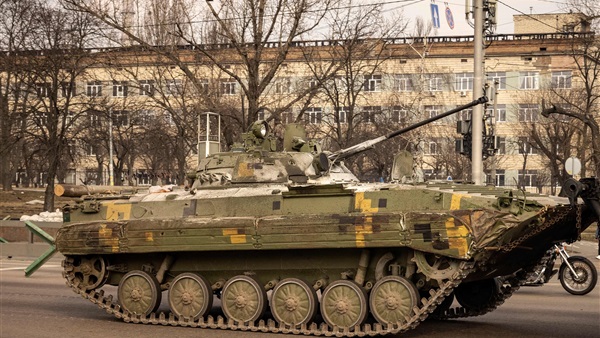 Western weapons are now in action in the battle for Ukraine. But getting them into operation on the front lines is creating serious headaches for Ukraine’s military.

Ukrainian officials have depicted Western arms as essential in their efforts to turn the tide of the war against Russia, which has in recent months been making grinding territorial gains—and they want more. Until recently, Ukraine has been dependent on heavy weapons built or derived from Soviet-era systems, of which Russia has better equipment in much greater numbers.

More modern and effective Western weapons, particularly long-range artillery pieces, are now in the fight. They are already making a difference, allowing precision Ukrainian strikes on important ammunition dumps, air-defense infrastructure and command centers deep behind the lines that are disrupting the Russian offensive.

But absorbing this new equipment, coming in dribs and drabs from different Western countries, into the Ukrainian army is proving a serious challenge.

“The current approach by which each country donates a battery of guns in a piecemeal way is rapidly turning into a logistical nightmare for Ukrainian forces with each battery requiring a separate training, maintenance and logistics pipeline,” said the Royal United Services Institute, a London defense and security think tank, earlier this month.

The Western artillery being absorbed by the Ukrainian military include M777 towed howitzers from the U.S., Australia and Canada, and self-propelled howitzers such as the Caesar from France and the Panzerhaubitze 2000, or PzH 2000, from Germany—as well as the U.S. M109 and the AHS Krab from Poland.

“None of these systems have that much commonality…Ammunition should be interchangeable, etc. But that’s not the case,” said Jack Watling, a co-author of the report, based in part on interviews with Ukrainian military and intelligence officials.

The North Atlantic Treaty Organization has attempted to standardize equipment such as ammunition—under standardization agreements known as Stanags—so that it becomes interchangeable between nations and benefits from economies of scale. But these efforts at standardization have had limited effect.

NATO has more than 1,000 Stanags that set common military standards for processes and materials but it is up to each ally to decide which to implement. A NATO official pointed out that NATO leaders agreed at last month’s summit in Madrid to help Ukraine in its transition from Soviet-era weapons to modern NATO weapons.

It isn’t just different types of weapons that Ukraine has been given. Its military must also learn to handle and maintain Western weapons, which are more complicated to operate and maintain than those they have been using up to now. “When you transition to non-Soviet-origin platforms you begin to have to deal with a lot of things that were not in play before,” said Scott Boston, a senior defense analyst at Rand Corp.

“A lot of the Ukrainian stuff is legacy—40-year-old vehicles that you fix with a hammer and a wrench, brute force, lubricants and prayer. If you think about how a mechanic fixes a modern consumer automobile—with a hand-held computer that you hook up to read the sensors inside the vehicle—it is going to be different,” he said.

The complexity is a trade-off for better performance, said retired Lt. Gen. Ben Hodges, a former commander of the U.S. Army in Europe who is now with the Center for European Policy Analysis. “To achieve the higher level of capability that Western systems have, there is a level of complexity that’s needed involving hydraulics, electronics, of the weapons systems as well as the ammunition that’s needed to get to extra precision and range,” he said.

According to Mr. Watling, this is a nonexhaustive list of the issues Ukraine faces in handling different artillery systems.

Some are 39-calibre systems and some are 52-calibre, giving them different ranges. They have different spare parts and maintenance requirements, different loading mechanisms and require different charges. They may use their own proprietary computers, leading to questions about data transfer, and some have proprietary shells. There are different training requirements to operate and maintain the systems, and different supply chains for parts.

Because some of these systems are provided in such small numbers, there aren’t enough pieces to rotate in and out of the front line for maintenance and therefore they have to be withdrawn when they break down. Multiple artillery pieces with different capabilities also create challenges for command-and-control systems and battlefield commanders.

Another issue is spares, said Mr. Boston. With its Soviet-era weapons, the Ukrainians can cannibalize old or disused equipment for repairs. “There are no spares other than what they have received” for the Western equipment, he said.

Some artillery systems now being operated by Ukraine are particularly challenging, in particular the powerful and capable German PzH 2000, which has—among other things—very specific requirements for loading charges. Ukrainian troops needed some 40 days of training to operate and maintain the system. At 57 metric tons, it is also heavier than most Soviet-derived equipment, meaning that some bridges aren’t strong enough to bear its weight, potentially complicating its journey into the battlefield.

With only 12 such platforms being sent by Germany and the Netherlands, the transport problem is limited for now. But weight would be a factor if Western nations began to send in their battle tanks, which weigh upward of 60 metric tons—though that seems unlikely for now.

No Western analyst argues that Ukraine would be better without these new systems. But Mr. Watling believes Ukraine’s Western supporters should draw a lesson with future supplies, for example of armored personnel carriers and infantry fighting vehicles, and try to limit the numbers of different systems being supplied.